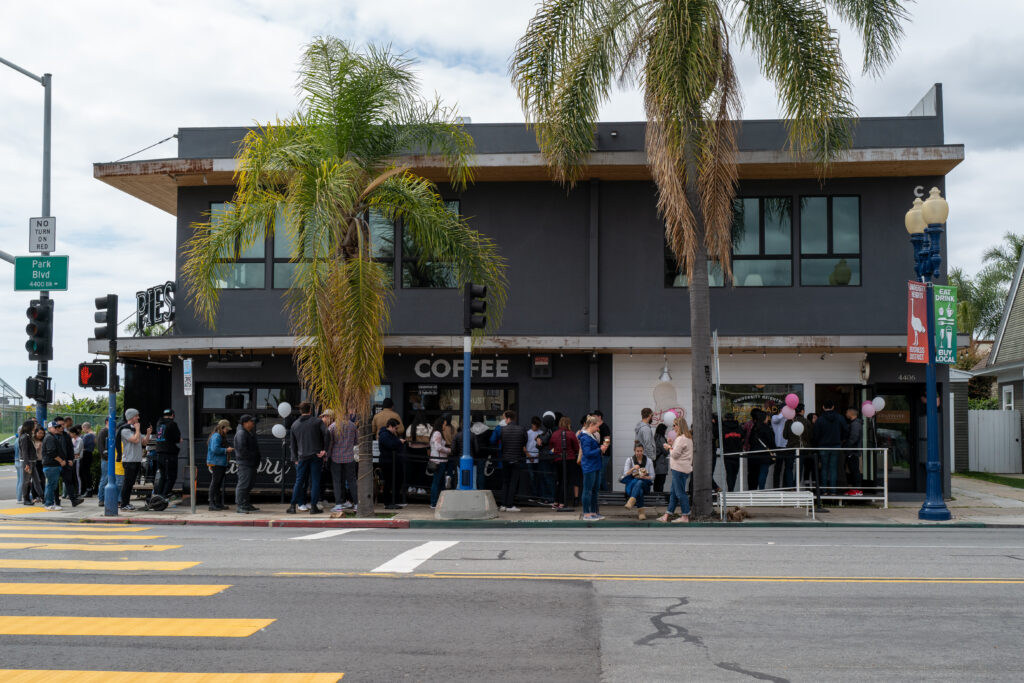 I will be pissed if any of these people, who irresponsibly risk exposure to Novel Coronavirus, take a hospital bed before someone trying to more safely #StayTheFuckHome. We are in the midst of a fraking global pandemic and the banning of social gatherings everywhere. My two living sisters were supposed to vacation 10-days hence in Florida, with Disney World being the main activity. The theme park, like many, many others, is closed. That plan changed. 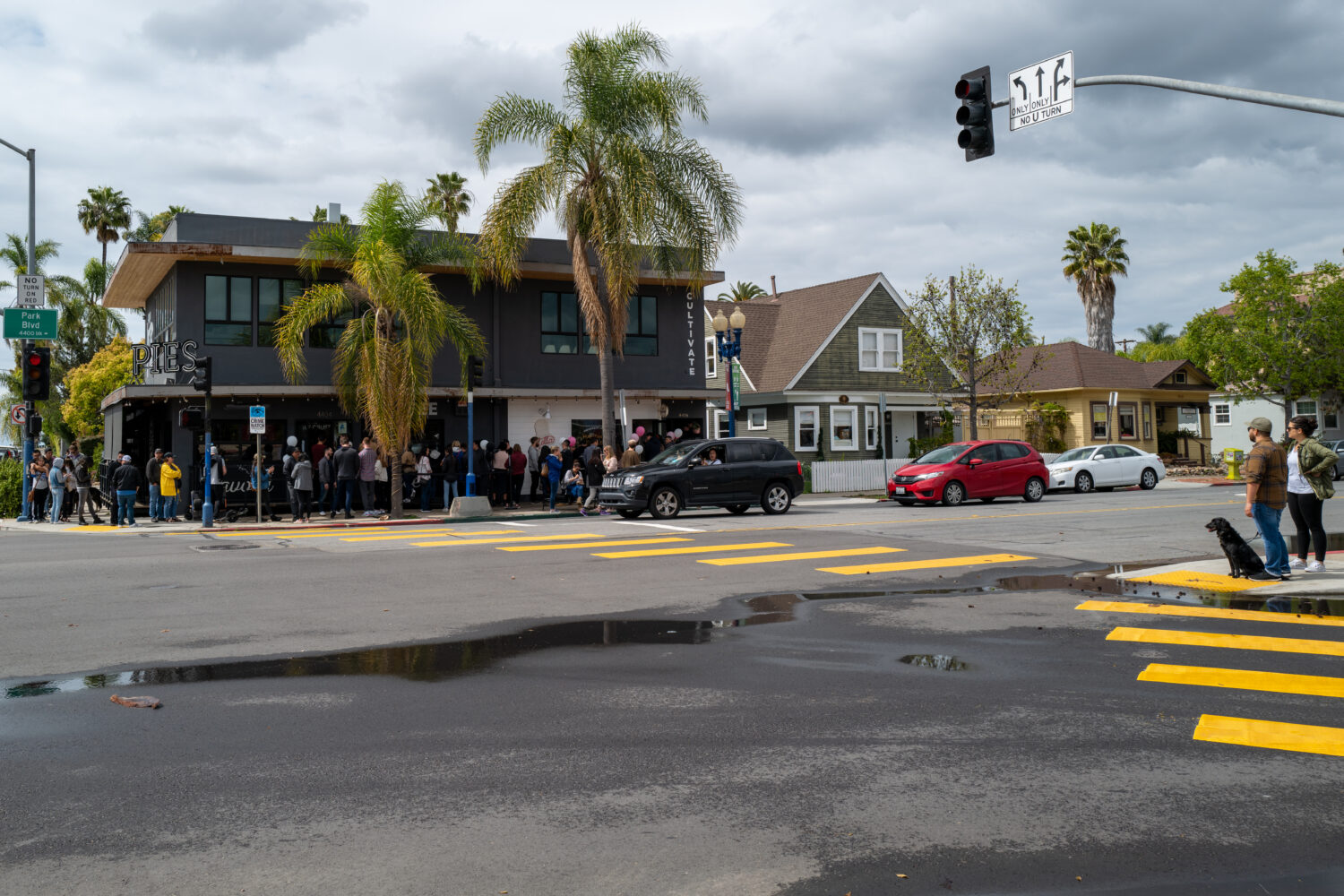 The, ah, big deal at the one eatery is chicken pot pie for $3.14. The other shop is doing something called “greatest licks” of the “most popular flavors of all time”—whatever that means. The contagion-spreading activities started at 8 a.m. PDT and will go until 11 p.m. I came upon the unholy gathering about three hours after opening and returned just before two to collect evidence—ah, shoot photos.