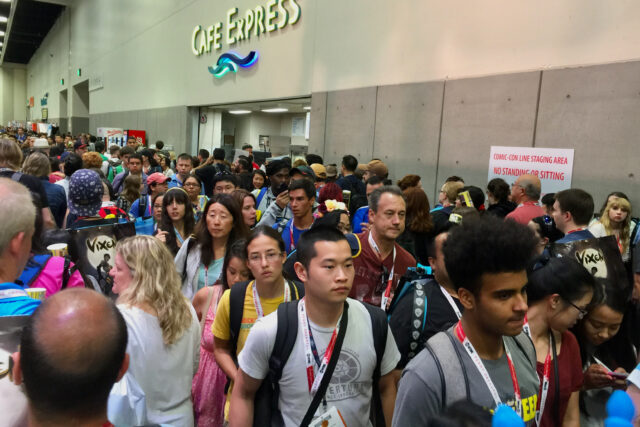 To close out the month, and first half of the year, we connect the somewhat distant past with the not-so-far-off future. San Diego Comic Con returns July 21-24, 2022 with Preview Night on the 20th. The show floor, or break-out sessions, will look nothing like the Featured Image, taken seven years ago.

SDCC apparently didn’t get the memo that SARS-CoV-2 (severe acute respiratory syndrome Coronavirus 2)/COVID-19 is endemic and no longer pandemic. Locally, people move freely about without being required to wear masks, be tested, or verify vax status. Based on the official tally, the cumulative-calculated case fatality rate in San Diego County is 0.64 percent. Meaning: Your chance of surviving Coronavirus is better than 99 percent, while more than 85 percent of those infected likely show no symptoms. 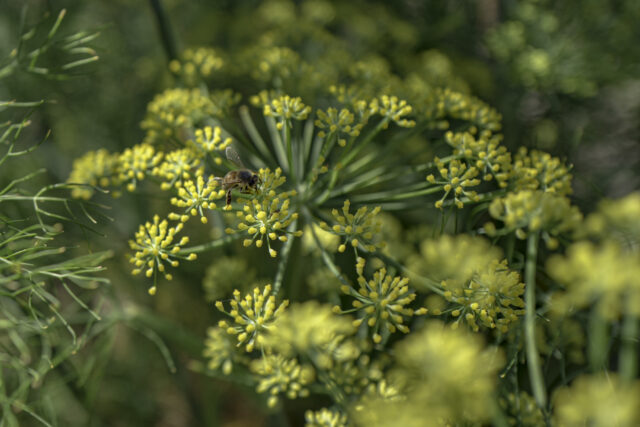 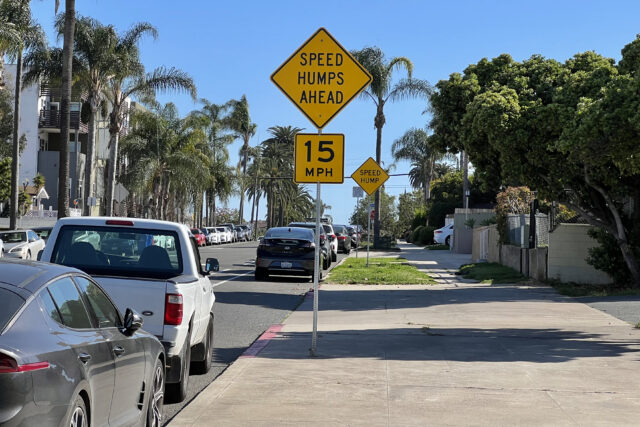 Yesterday, while walking to the used bookstore where receiving a U.S.  Constitution booklet and unprompted lecture, I came upon the oddest objects—on the outer fringes of University Heights’ boundary, along Georgia between Howard and Polk. Are these signs in the Featured Image more signs of San Diego bureaucratic bungling? This stretch is part of the Georgia-Meade bikeway, for which someone in the city authorized traffic circles with the wrong community name that later required sandblasting to correct.

Tell me, when have you ever seen a posting stating “Speed Humps Ahead”. Gasp, is that, ah, innuendo for approaching sexual activity (e.g. humping) in hedonistic Hillcrest? Yes, I am being facetious, but it’s not an unreasonable question to ask about the neighborhood. 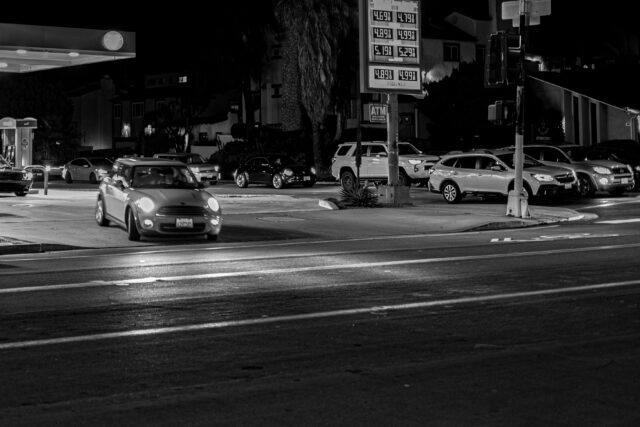 My work blog for JupiterResearch disappeared after Forrester’s acquisition during Summer 2008. I had long left the analyst firm and smartly brought a copy of all the content with me. On April 7, 2005, I griped about Congress’ plan to add two months to Daylight Saving Time, which, incidentally, commenced day before yesterday for 2022.

This afternoon, my newsfeeds flared with a report from Washington, D.C. that our, uhm, illustrious senators unanimously voted for the so-called Sunshine Protection Act, which would make DST permanent. Meaning: Year-round. I am almost impressed by their god-like gall—that they, and they alone, can protect the sun. Okay, they do need cooperation of the House of Representatives drafting like legislation and signature from the President. But aren’t they, as a collective group, one big ego? You don’t need answer. 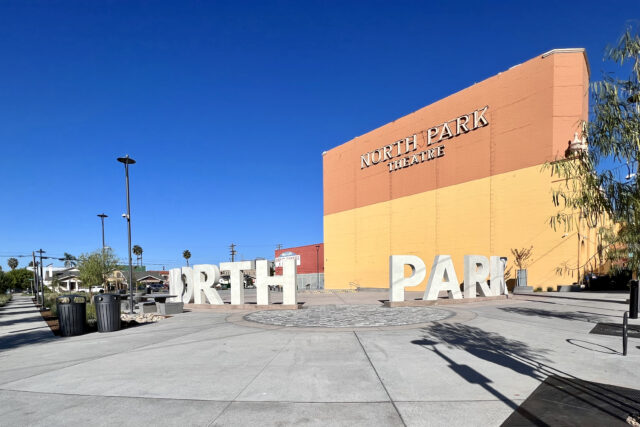 What qualifies as a park in one of San Diego’s supposedly trendier neighborhoods? Answer: North Park Mini Park—and, yes, that’s the name of the community seen in the Featured Image. When I think of a park, particularly in a coastal region with three Summer seasons (Early, Mid, and Late), lush space with grass, greenery, and trees comes to mind. Apparently, not in North Park, where cement rules.

Say, can some stereotypical, anti-carbon emissions, stop climate change citizen living there explain the environmental benefits of building another edifice that absorbs heat and in the process quite likely also contributes to global warming? Wouldn’t heat-reducing, carbon-dioxide absorbing, oxygen-producing plants, shrubs, and trees make more environmental sense and be more interesting a refuge for residents? 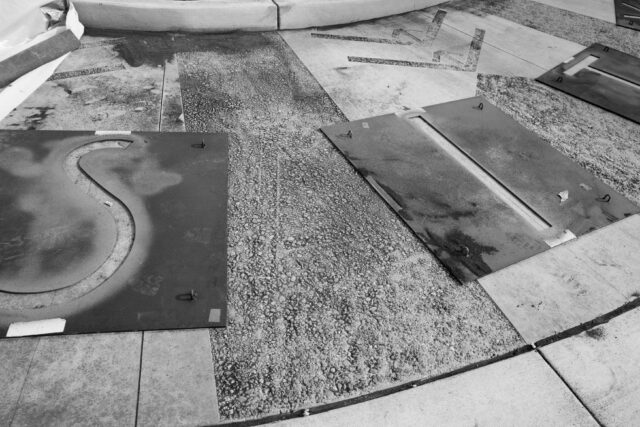 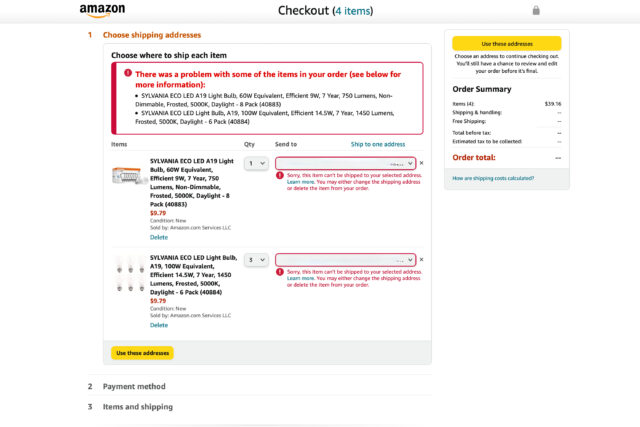 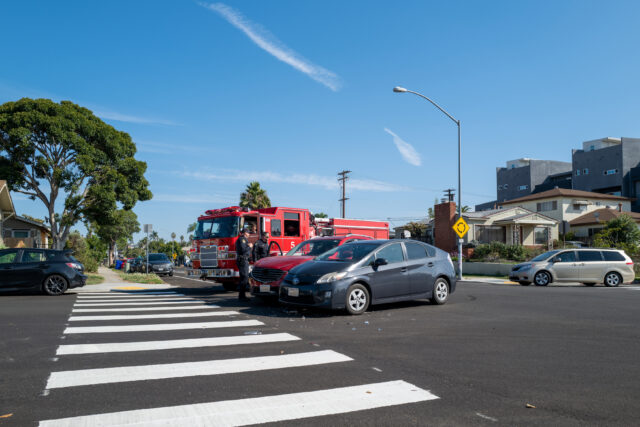 Given the chaos going on in Afghanistan right now—what the Aug. 21-27, 2021 Economist cover rightly calls “Biden’s Debacle“—perhaps Tripadvisor needs to update its travel pages for Kabul. With tens of thousands of people fleeing […] 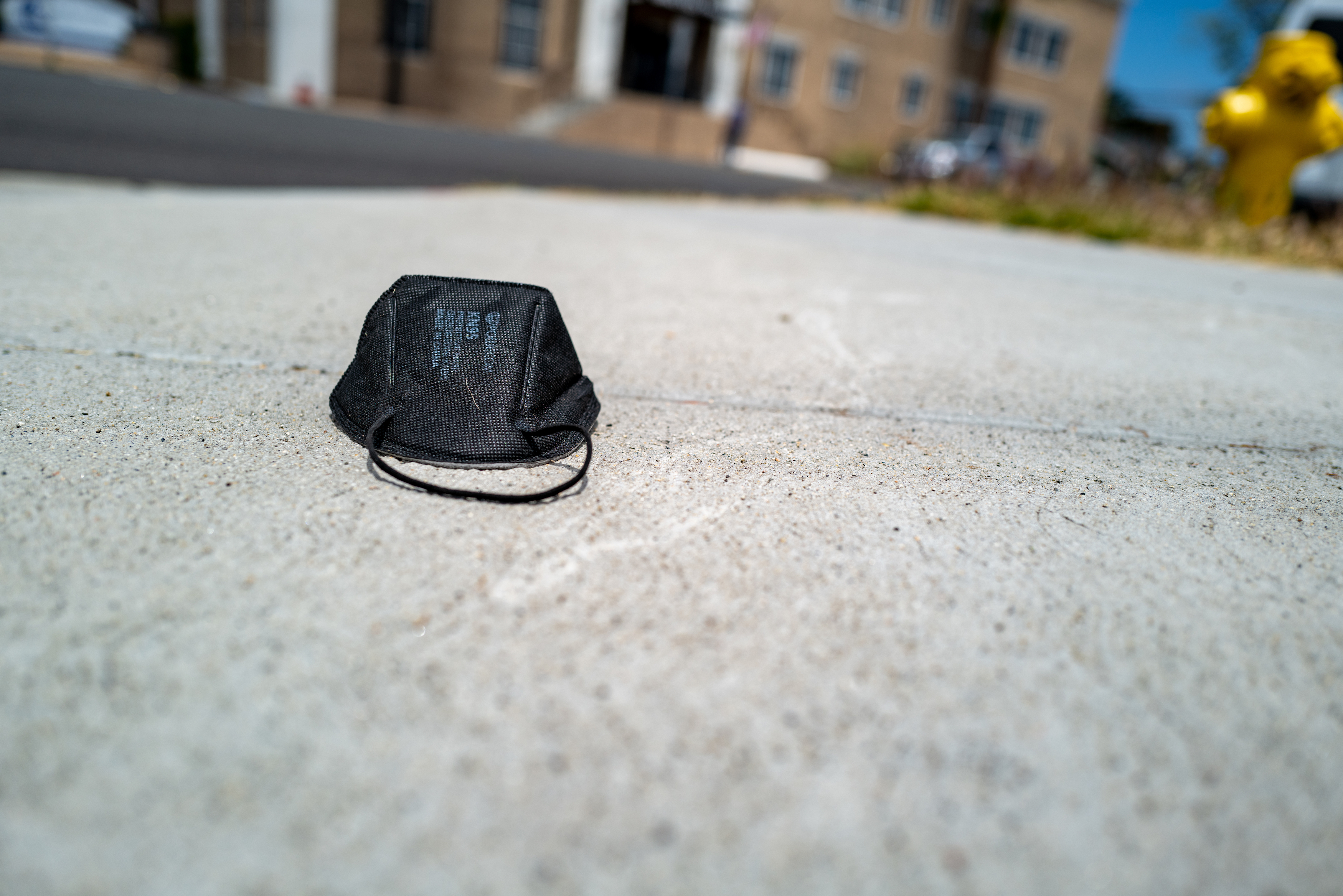 What a difference a year makes. In April 2020, when SARS-CoV-2 (severe acute respiratory syndrome Coronavirus 2), which causes COVID-19, seemed so dire and face masks were so difficult to find, I wrote about the perils of not wearing one—illustrated with a rare, discarded protective covering. Now the Centers for Disease Control and Prevention advises that vaccinated individuals no longer need to wear masks, or social distance, in most situations—meaning: “except where required by federal, state, local, tribal, or territorial laws, rules, and regulations, including local business and workplace guidance”.

Long before the unexpected change to pandemic public policy, just two days ago, face masks could be found littered all about the County. San Diego Union-Tribune spotlighted the debris along beaches in July 2020; early last month, ABC News reported that “discarded masks litter beaches worldwide, threaten sea life“; the local CBS affiliate, reporting about the April 24, 2021 “19th-annual ‘Creek to Bay Clean-up'”, explained that there has been a surge in ‘single-use plastics”— and the “biggest offender? PPE [Personal Protective Equipment], especially masks”. 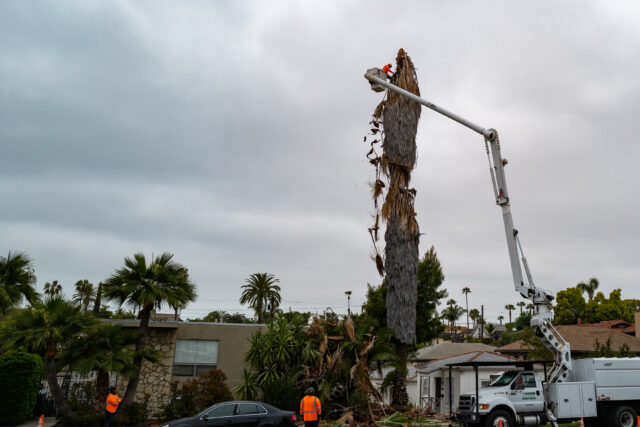 And that’s not the worst of the devastation. Nearly three months ago, I wondered about the fate of the mighty palm after high winds ripped fronds from the trunk. Then, unexpectedly, on the First Day of Spring, under the direction of cute cottages’ new owners, men with chainsaws started clearcutting a lush landscape of shrubs, succulents, and trees around the buildings. The bearded tree is the last to go.

Every nearby neighbor to whom I have spoken about the destruction of the urban jungle is shocked. No one can fathom why the massive deforestation. Late this afternoon, one homeowner, who has lived in University Heights for more than two decades, told me that water can’t be the reason. He and his wife maintain a lovely backyard of flowers, plants, and trees, without wasteful watering. 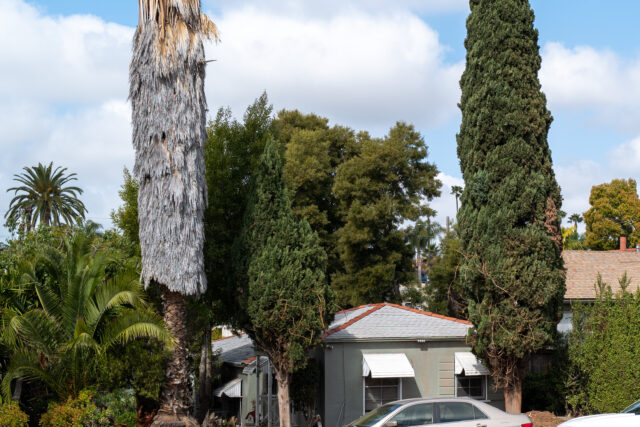