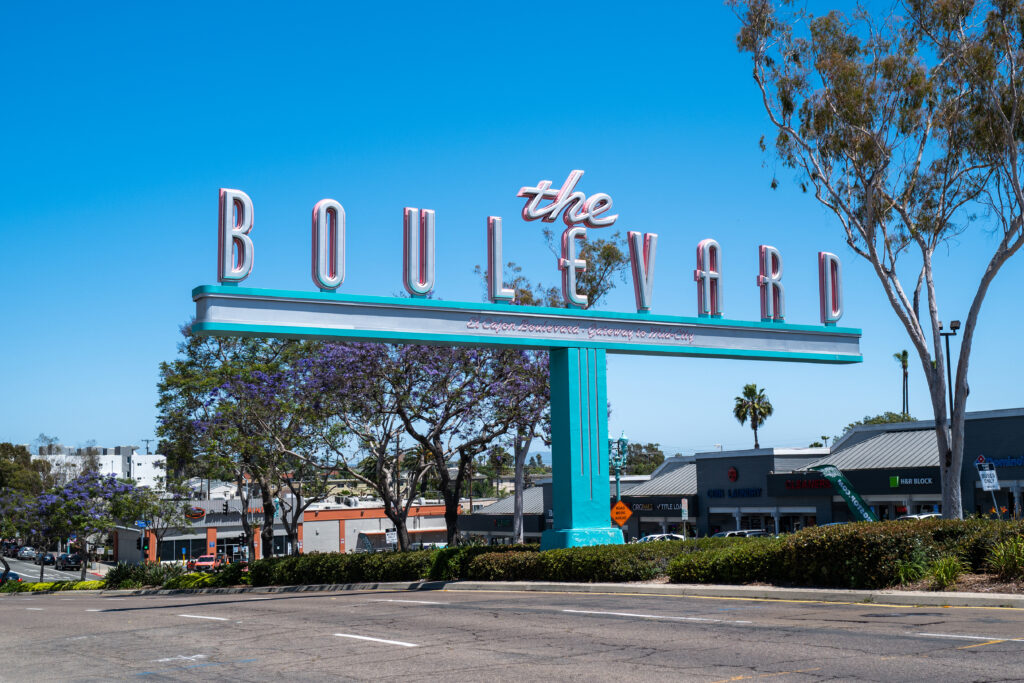 When the Wilcox family moved to San Diego nearly 13 years ago, we encountered many things that at first puzzled but then made sense when thinking about how Southern California is portrayed in movies and on television. About 9:30 in the evening, during our first week in the University Heights neighborhood, my daughter and I encountered the sign on El Cajon as we turned off Park and drove to a nearby 7-Eleven. Rustic! Neon! The thing brought to mind 1973 (set in `62) film “American Graffiti” and cars cruising city streets. A few lowriders would have punctuated the moment.

The sign made quite the impression, lit up at night. But I hadn’t given it much attention during daytime until last week, when my wife wanted to walk over and take some photos of the thing. She used iPhone XS. I joined in, but with Leica Q2. Strange how novelty wears off and an object that so captivated becomes little more than background blur. The Boulevard charm returned as I looked into the camera’s viewfinder. 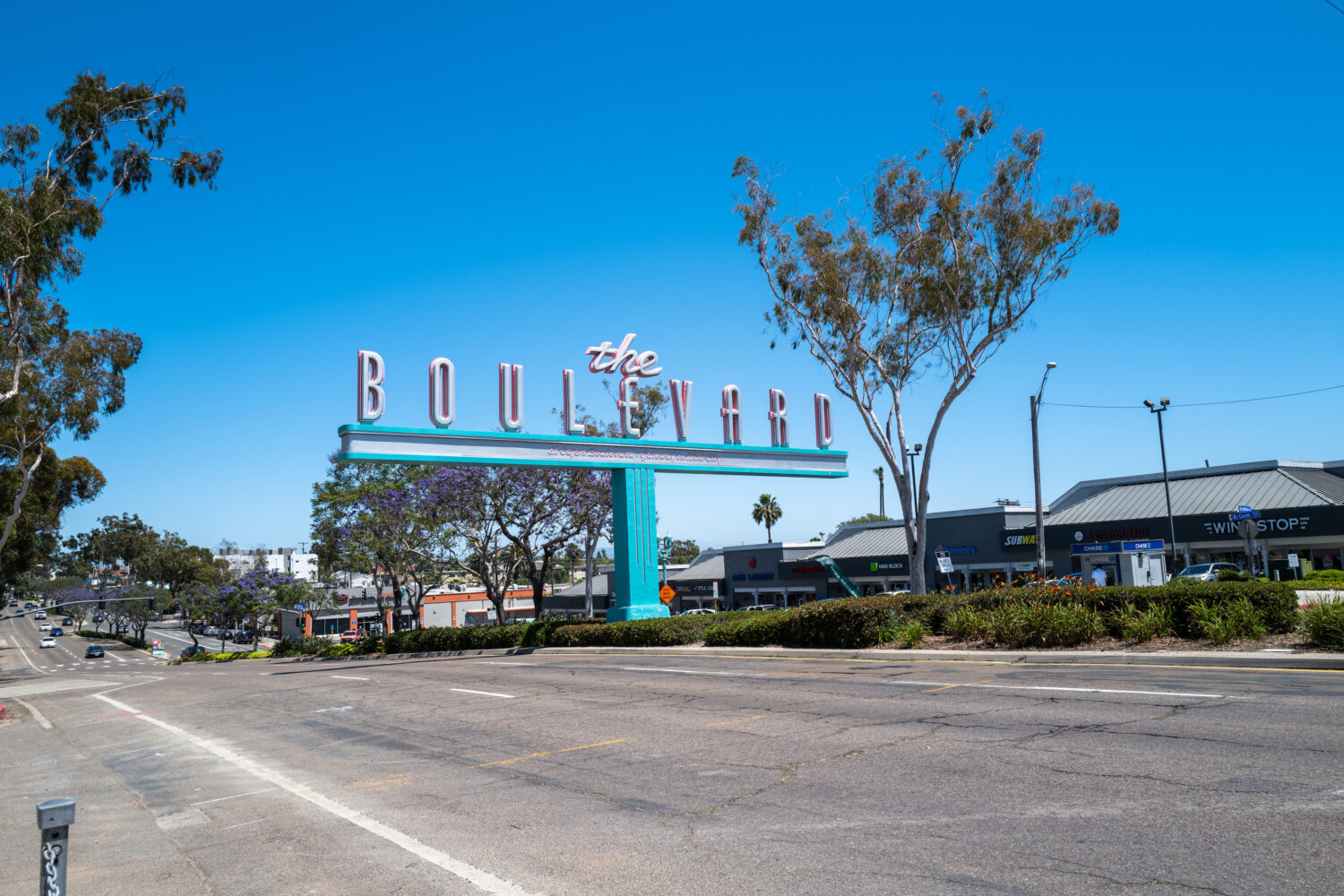