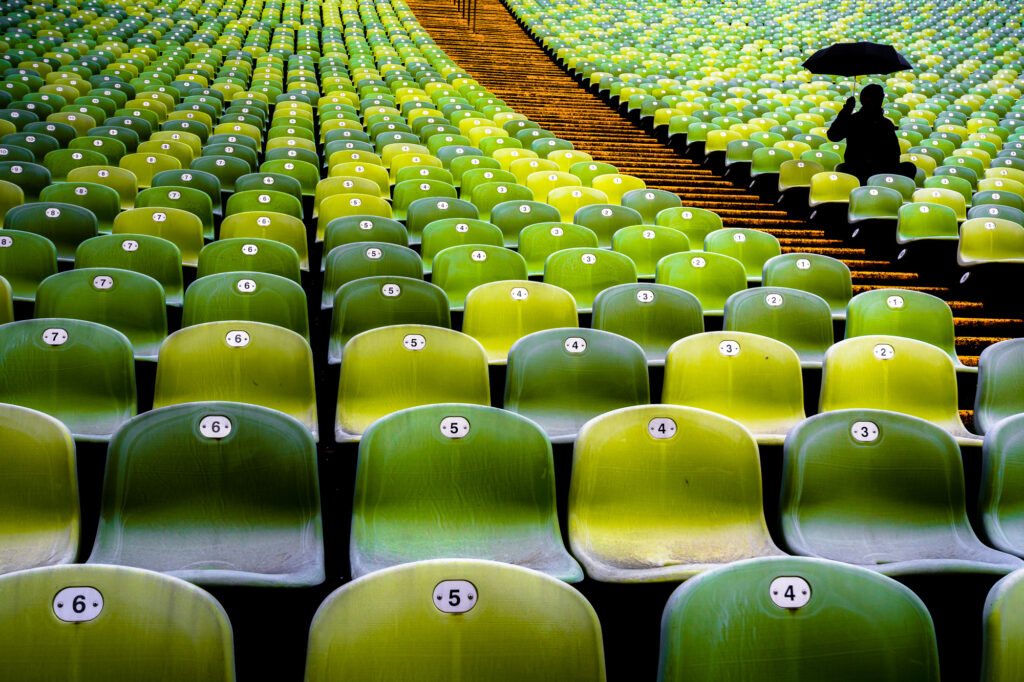 Our July entries end with the first of three consecutive photos found using the same search term as the self-title: “The Spectator“, which German-based Marco Nürnberger captured on Feb. 17, 2017, using Nikon D7100 and 10-24mm f/3.5-4.5 lens. Vitals: f/8, ISO 100, 1/60 sec, 24mm. He explains: “Taken while a Munich cityscape shooting together with two friends. It was a great day!” The image wins the week for composition and creativity from a shooter who joined Flickr in March 2014 (and hasn’t been active for two years).

The portrait is something of a metaphor, in context of the SARS-CoV-2 (severe acute respiratory syndrome Coronavirus 2)—also known as COVID-19—pandemic, which delayed the Summer Olympics until next year and led to restrictions limiting spectators—if even allowed—attending sporting events. How strange if scenes like this are the new normal during the height of the 2020 vacation season, or beyond. Last week, Major League Baseball started the new season—a truncated 60 games—with no fans in the stands. Well, there’s always a nearby rooftop.