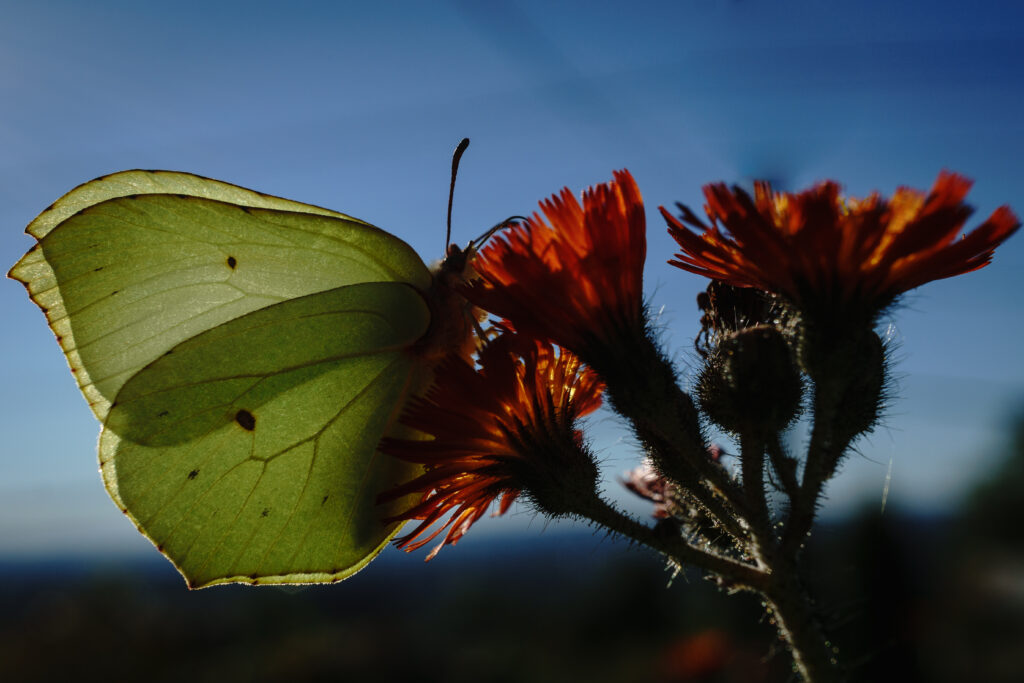 For the first Wednesday of the month, we go to Roar A G Magnussen for self-titled “Gonepteryx rhamni“—more typically called the Common Brimstone. He used Sony Alpha 6000 and E 30mm F3.5 Macro lens to capture the closeup, on Sept. 27, 2015. The butterfly portrait is a keeper for background bokeh, color, composition, contrast, and light. Vitals: f/8, ISO 100, 1/1600 sec, 30mm.

From Moss, Norway, the civil engineer joined Flickr in July 2015, but he hasn’t updated his Photostream since October 2016.