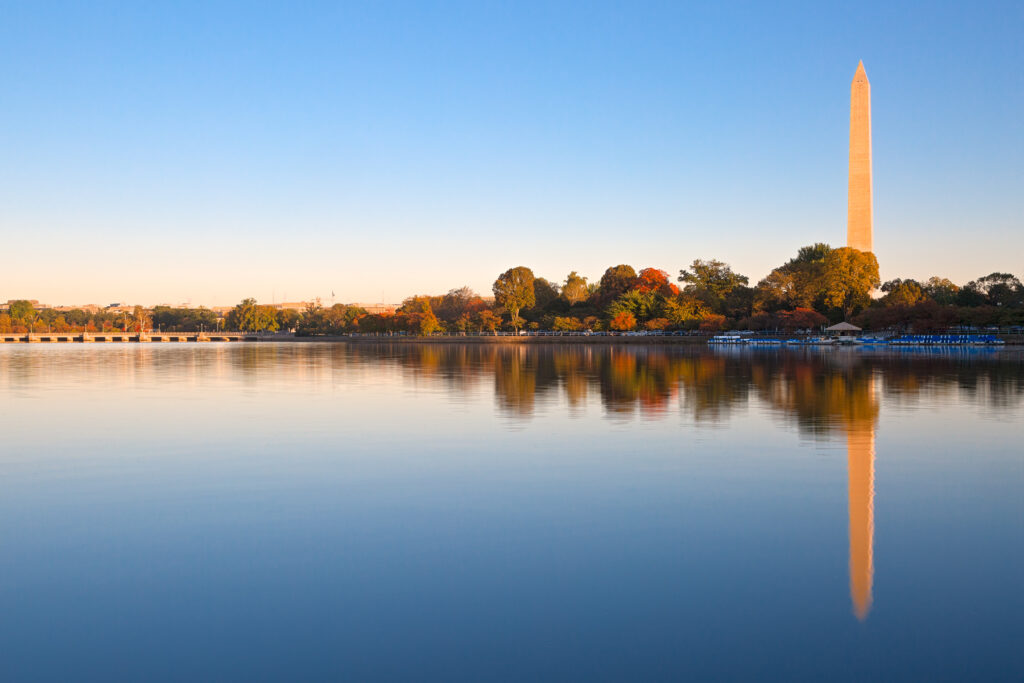 Serene shots like self-titled “Golden Autumn Hour of Washington DC“, by Nicolas Raymond, may be memories until Election 2020 turmoil eases into historical oblivion. “Early morning autumn scene featuring the Washington Monument as seen from the Tidal Basin”, Raymond describes. In April 2007, a few months before my family moved from the DC metro area to San Diego, my daughter and a friend jaunted about in one of the paddle boats seen along the distant shore.