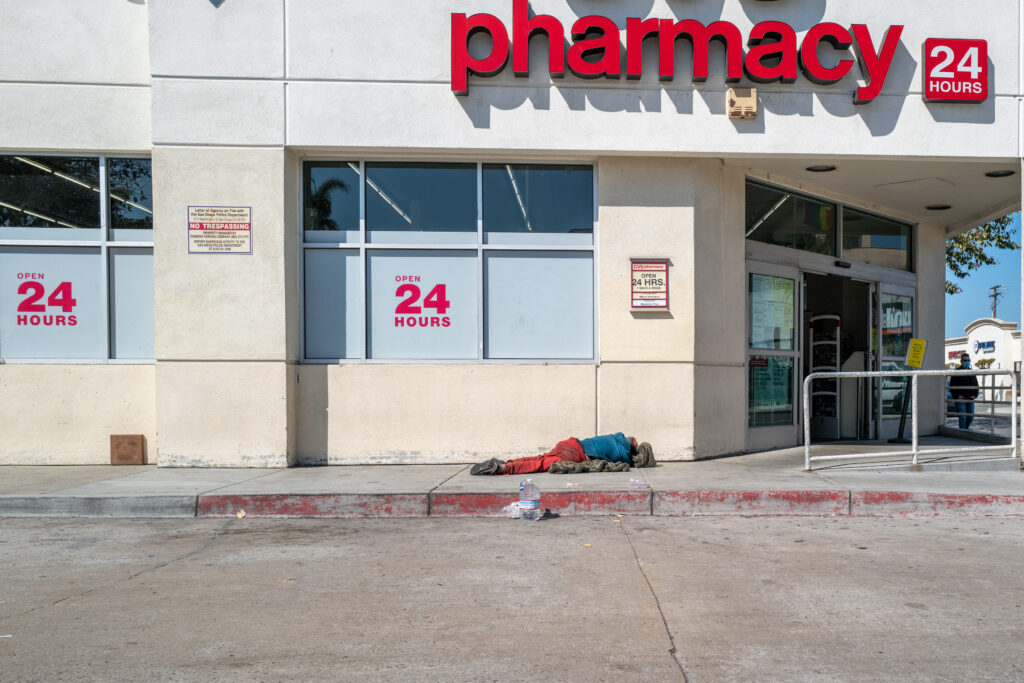 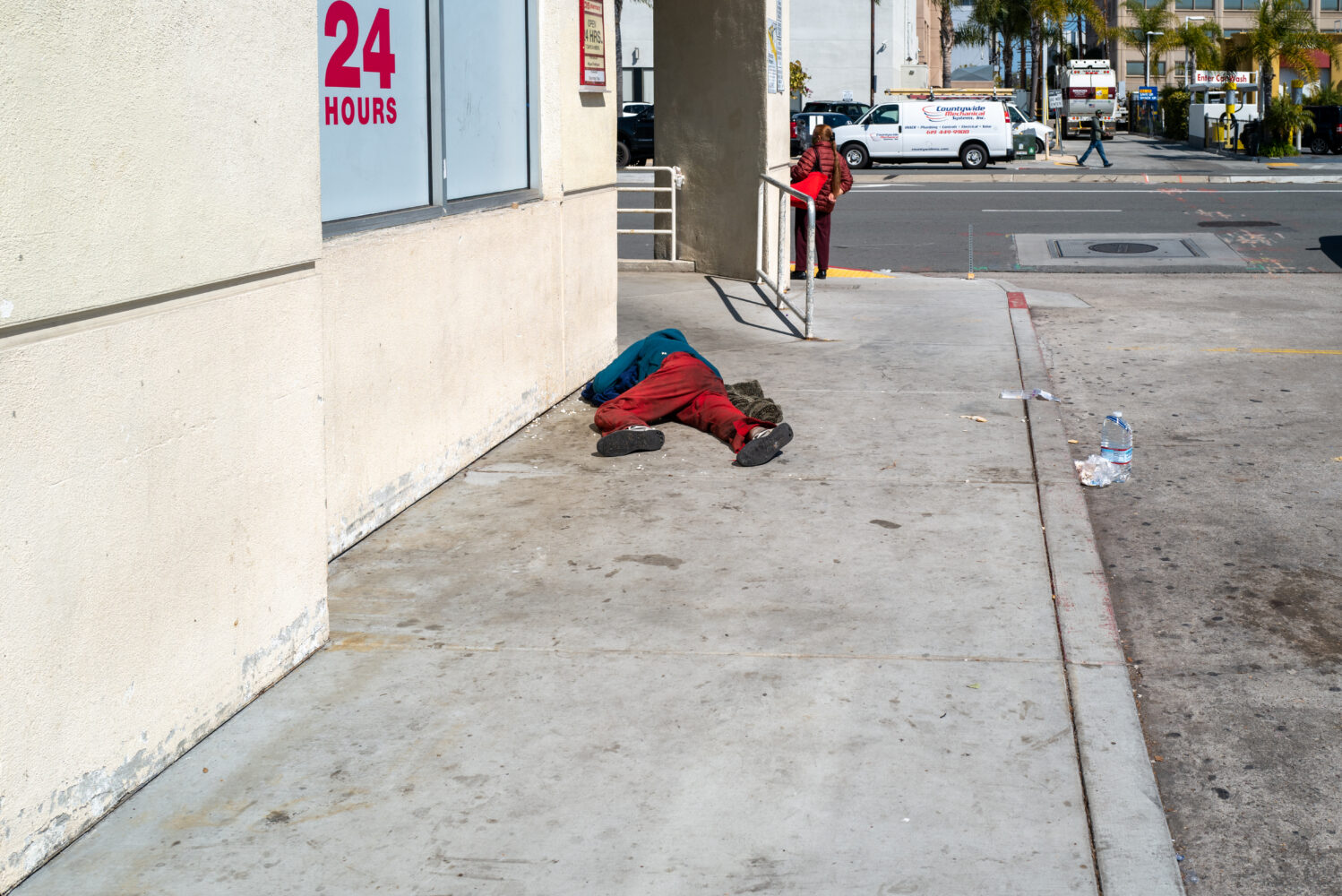 Two weeks ago, on the outskirts of Old Trolley Barn Park, my wife and I walked by a similarly-prone gent, who we worried had passed away. He lay sideways, partially on top of a bicycle, with a smartphone strewn on clothing beyond his butt. His face was covered and his eyes were hidden. Stormy winds blew and rain—minutes later torrential—threatened. But he didn’t move. Anne and I talked about what to do and we decided that he needed to be checked on. “Buddy, are you okay?” I asked several times, approaching. He didn’t respond, and I couldn’t see that he was breathing.

What to do? If we called the cops, and the man was merely sleeping, he might be harassed somewhat if considered vagrant. Then I saw a San Diego city truck in the park and someone clearing out debris. We walked over to him, explained the situation. He expressed concerns about the prone person, and we saw him parking his vehicle nearby the dude and getting out to conduct what you might call an outdoors “wellness check”.

Like the gentleman seen in Hillcrest today, people walked past pretending the guy wasn’t there and possibly in crisis. That’s the state of homelessness here: Numbness to the numbers. Denial that someone sleeps on the sidewalk in broad daylight—and perhaps is dead. Dismissiveness that there is a problem.

As I crossed the Vermont Street Bridge to my home neighborhood of University Heights, three men partially blocked the way. They sat against opposite sides sharing a cigarette. Some stuff stacked in a shopping cart stood near two of them and a bicycle parked by the other. These gentleman looked more like professional vagabonds than someone simply down on his luck. They were grizzled with pepper beards and leathery facial skin—features you would expect from someone living outdoors for many years. These were hardened homeless men. If ever civilization collapses, like cockroaches emerging after nuclear holocaust, they will survive.