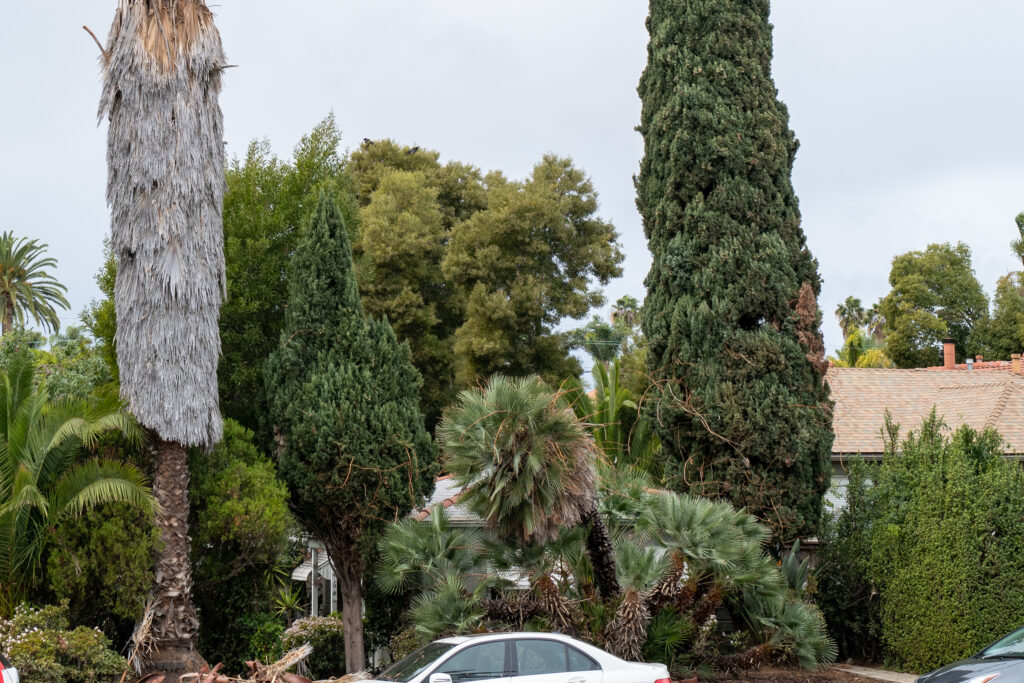 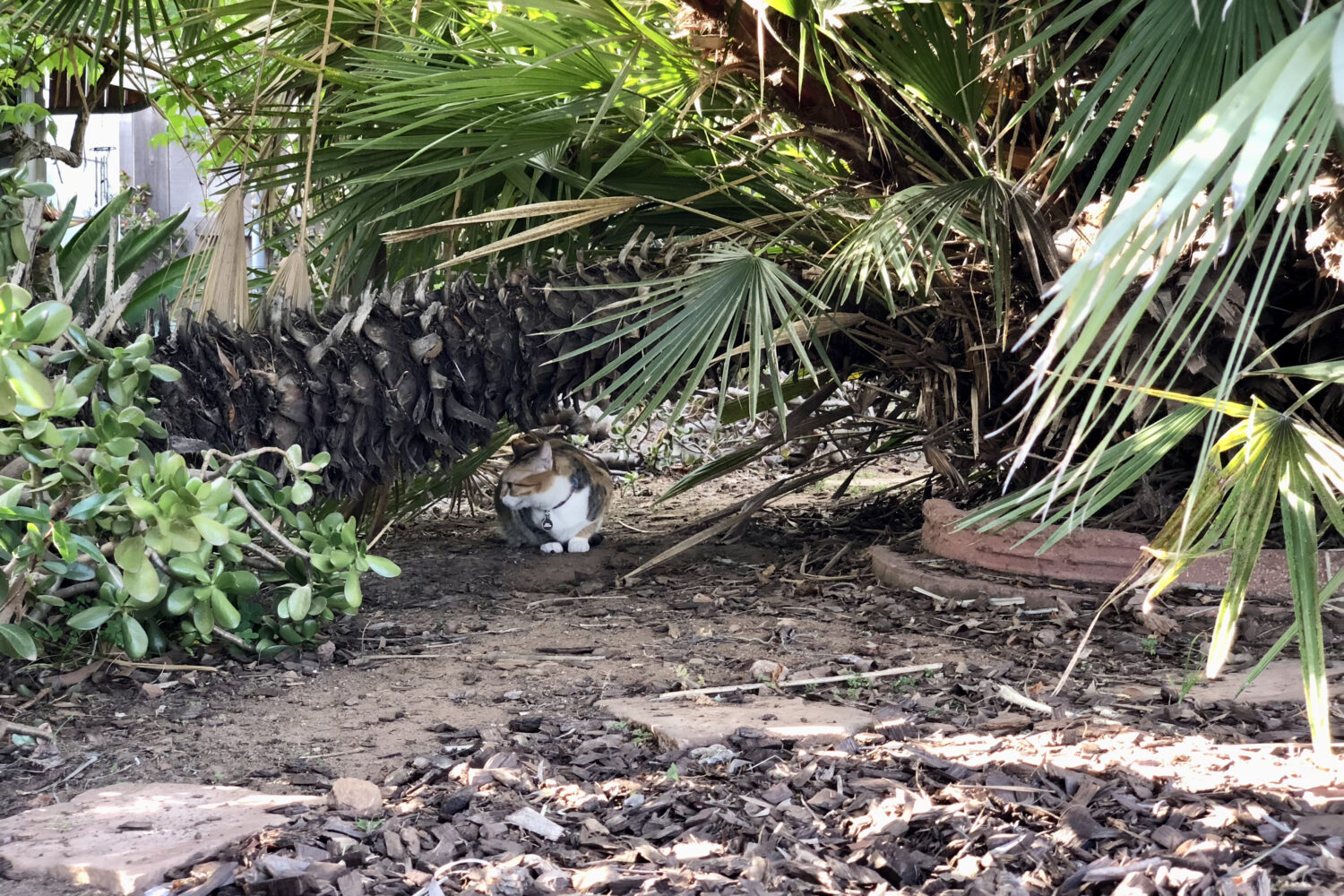 I used Leica Q2 to capture the Featured Image on Jan. 25, 2021; it’s an outtake for post “Nature Shaves the Bearded Tree“. Vitals, aperture manually set: f/5.6, ISO 100, 1/200 sec, 28mmm; 11:34 a.m. PST. The shrubs, succulents, and trees directly behind the white car are gone; the more massive clearcutting came along the main property, outside the cottages. Later, I observed one resident crying while taking photos of the shocking deforestation. 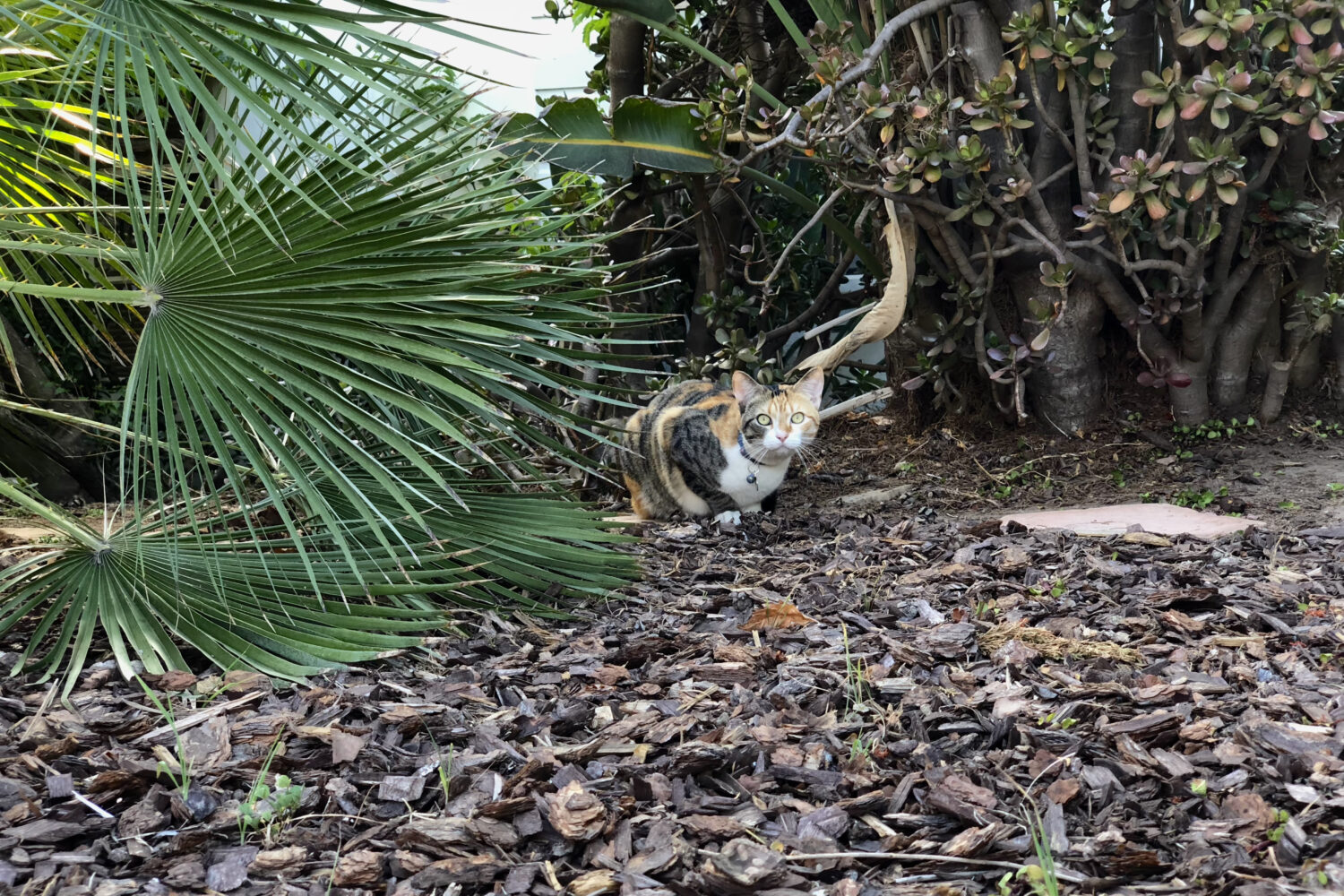 The two companion portraits, of Harley, are outtakes from her profile in my “Cats of University Heights” series. Taken with iPhone X, they are the only other photos I have that give any semblance of the tropical forest that was habitat to birds and squirrels—and who knows what else. Vitals: f/2.4, ISO 80, 1/60 sec, .97 ev, 52mm (film equivalent); 5:07 p.m. PDT, April 23, 2018. The other is the same, but ISO 40 and 10 minutes later.

I later learned that residents had no advanced warning about the clearcutting, which was prompted by the property’s sale. The new owners plan a major renovation. They have destroyed the natural charm, next surely will be the cottages’ character.