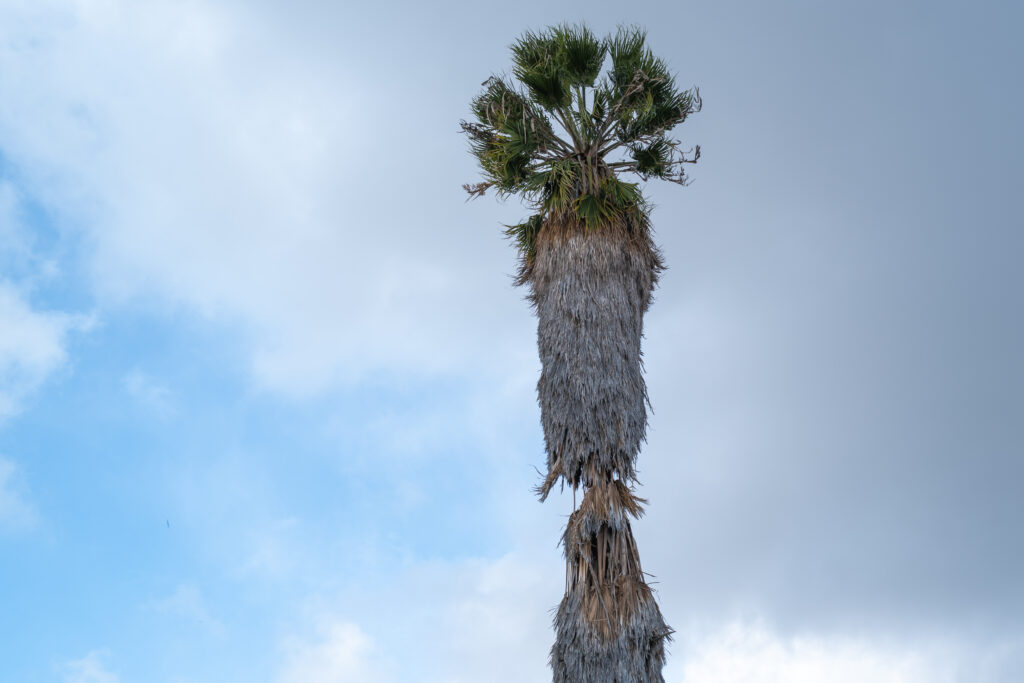 Over the past year or so, I regret not having taken photos of trees that were unceremoniously and needlessly cut down. There is a relentless culling that makes no sense when Southern California society obsesses about Climate Change. Aren’t carbon-dioxide-breathers that exhale oxygen good for the health of the planet and everything living on it? Ah, yeah. So why mercilessly hack them to pieces?

Another tree in my San Diego neighborhood of University Heights is in peril of being chopped down—but unlike the others maybe for legitimate safety reasons. Few months ago, during heavy rains and winds, some of the dead fronds covering the trunk ripped away about fourth-tenths the distance to the top. Overnight and throughout this brisk Monday, winds raged 48-64 kilometers per hour (30-40 mph) with fairly consistent gusts to 97 kph (60 mph). The few fallen fronds are now many, exposing the trunk. When viewed a half-block or more away, the top portion of the tree leans from the section laid mostly bare. 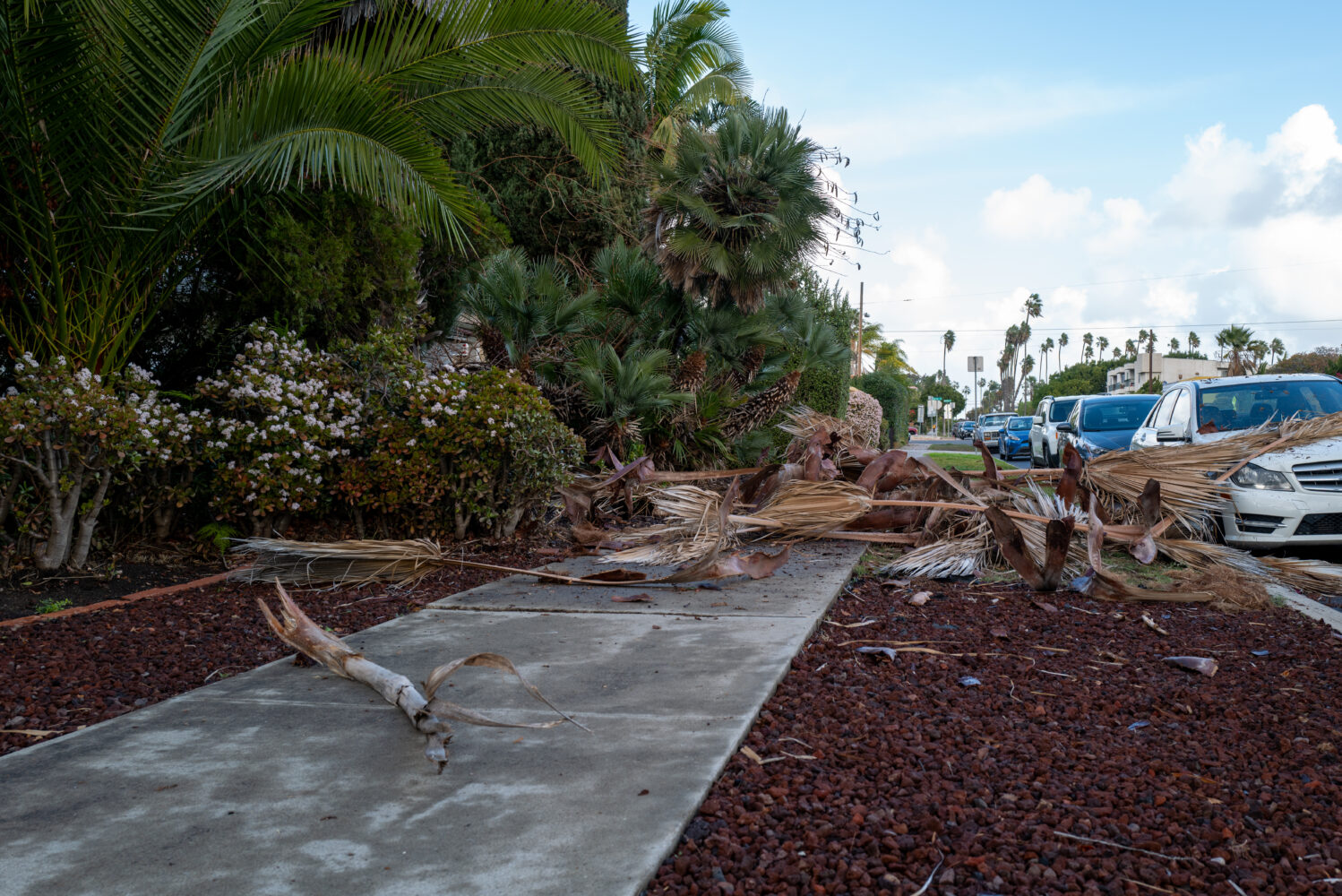 Even if the tree is in no risk of falling down, fronds fly free whenever the wind blows. The palm stands over a sidewalk along which are several apartment buildings; plenty of people are about, particularly dog walkers. Debris could injure or even kill someone. Unfortunately, that palm and another are wildlife habitats—squirrels and birds for certain, if nothing else. 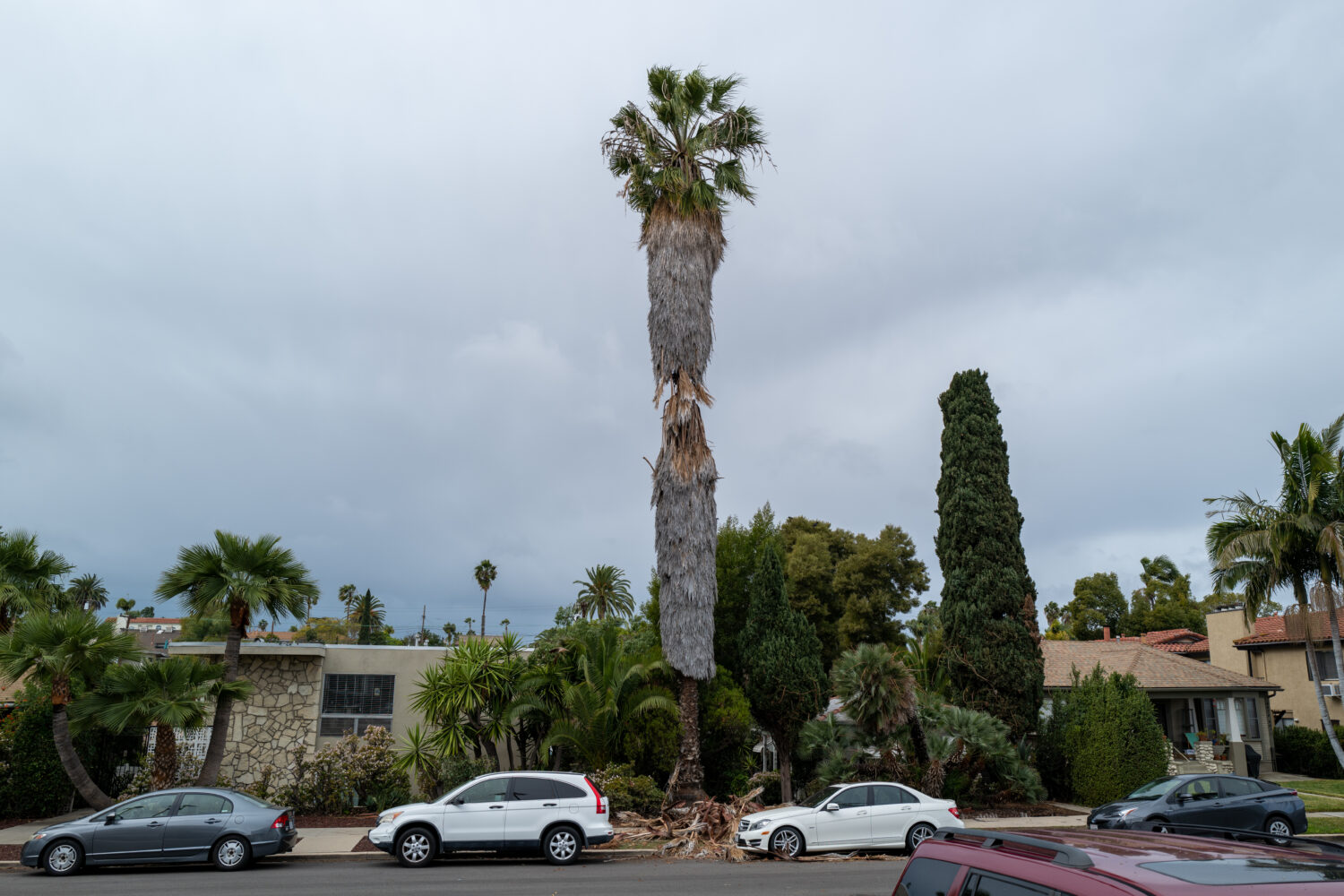 I encountered some difficulty with the final photo. The wind so fiercely shook the maroon SUV in the foreground that the alarm repeatedly sounded for better part of an hour. Naturally, the blaring blasted just as I pressed the shutter button.