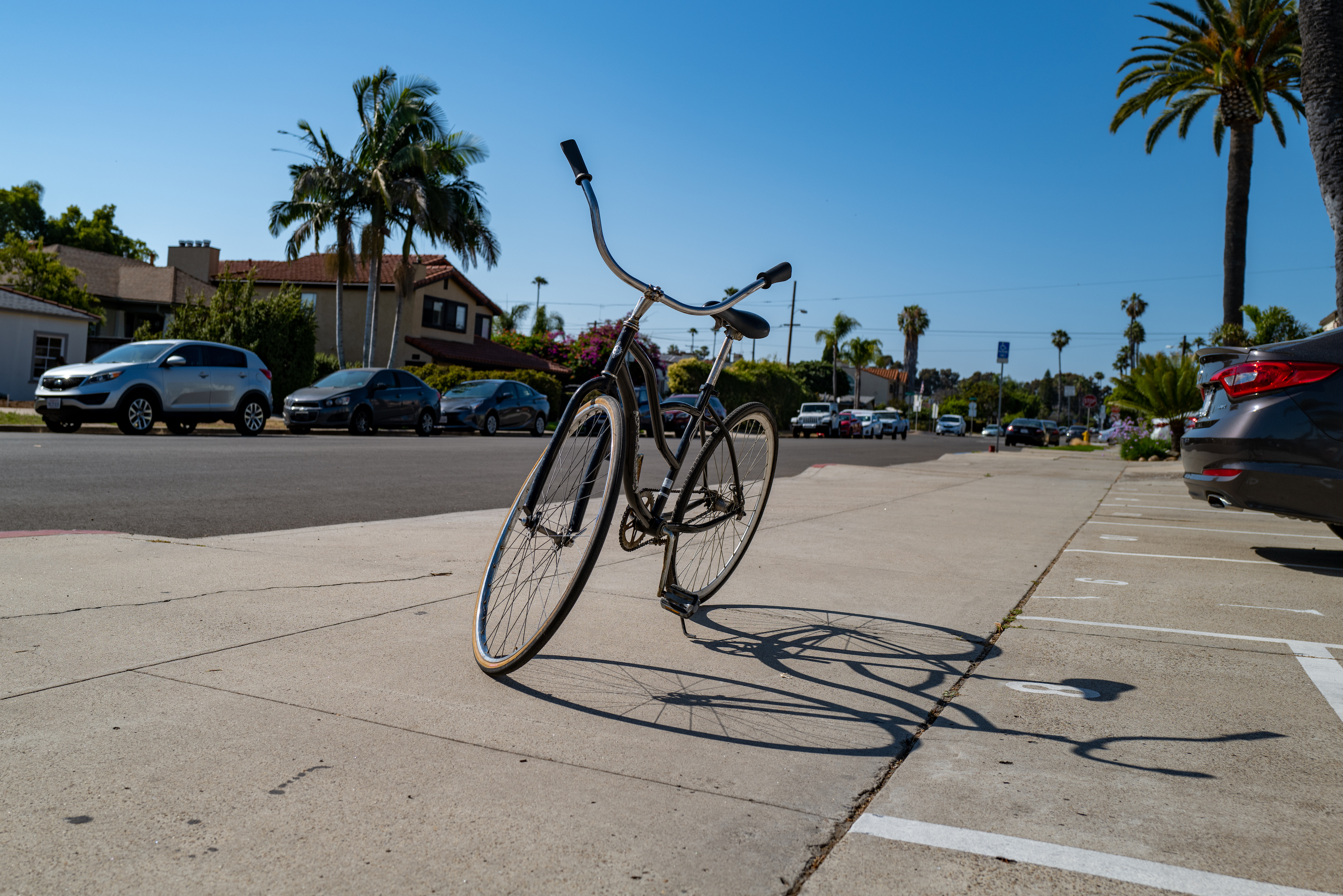 My wife typically goes to bed and rises earlier than do I. When getting up to feed the cats, Cali and Neko, Annie saw bicycle handlebars sticking up behind a parked car; about 3:30 a.m. PDT. She assumed that one of the apartment building’s other tenants had a visitor who left the bike locked on the sidewalk. But daylight revealed a wayward fixed-speed roadster, apparently abandoned and unlocked. We both wondered where it came from and how in a neighborhood rife with bicycle thieves no one had ridden off with the thing.

Someone stole two of our then three bikes from a locked garage, in February 2010. Annie sees frequent posts on Nextdoor about bikes taken from behind locked fences or about neighbors reporting random two-wheeler chop shops. We wondered where the women’s rider came from. Perhaps someone, ah-hum, borrowed—then abandoned—it? 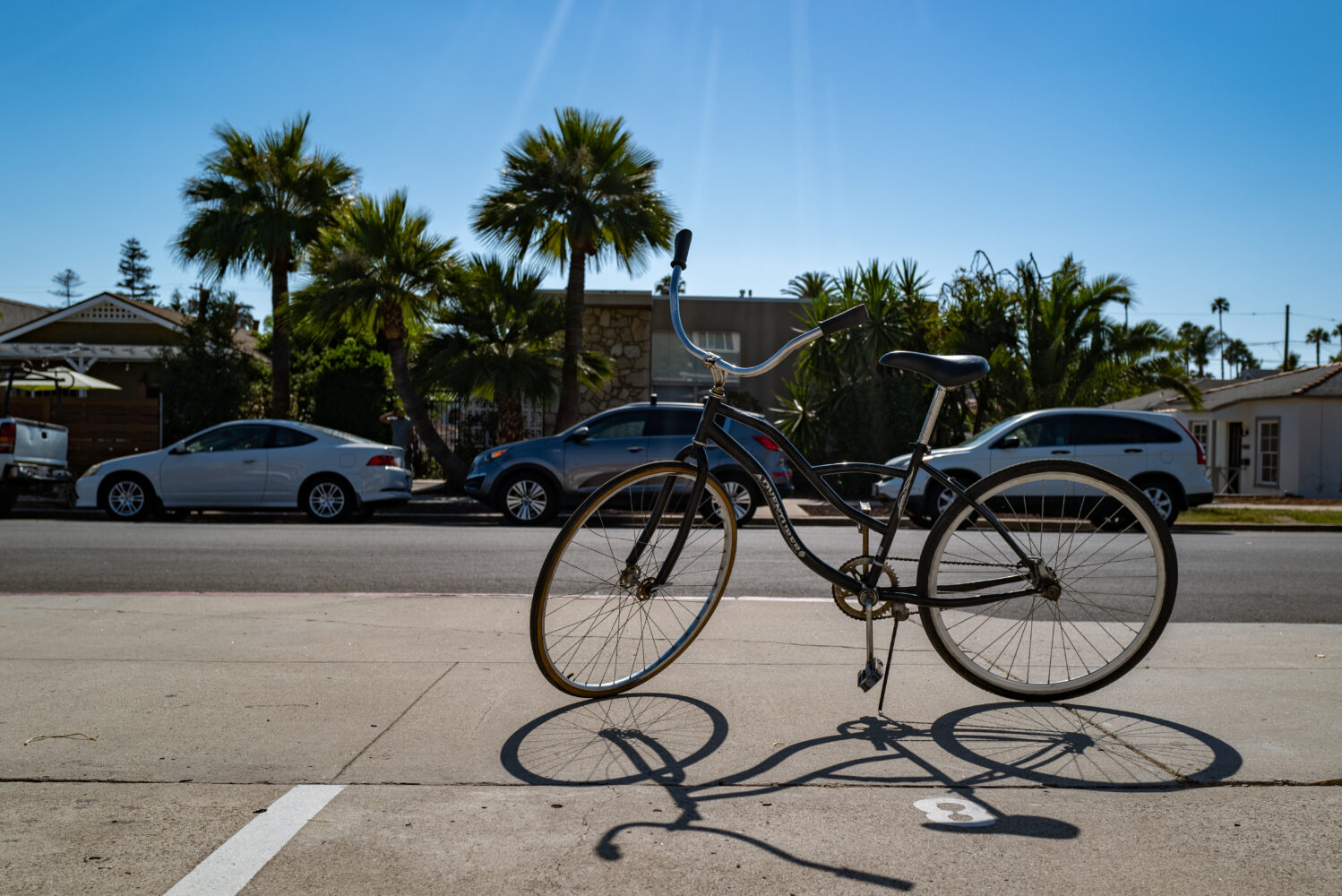 Surprising: The bicycle stayed on the sidewalk, unclaimed by an owner or grabbed by someone else, throughout the day. As late as 6 p.m., I saw the Adventurer cycle still parked on the sidewalk. But when I looked about an hour later, nothing. I’m amazed the bike remained so long, which presents another mystery: Who took it? I’ll never know.