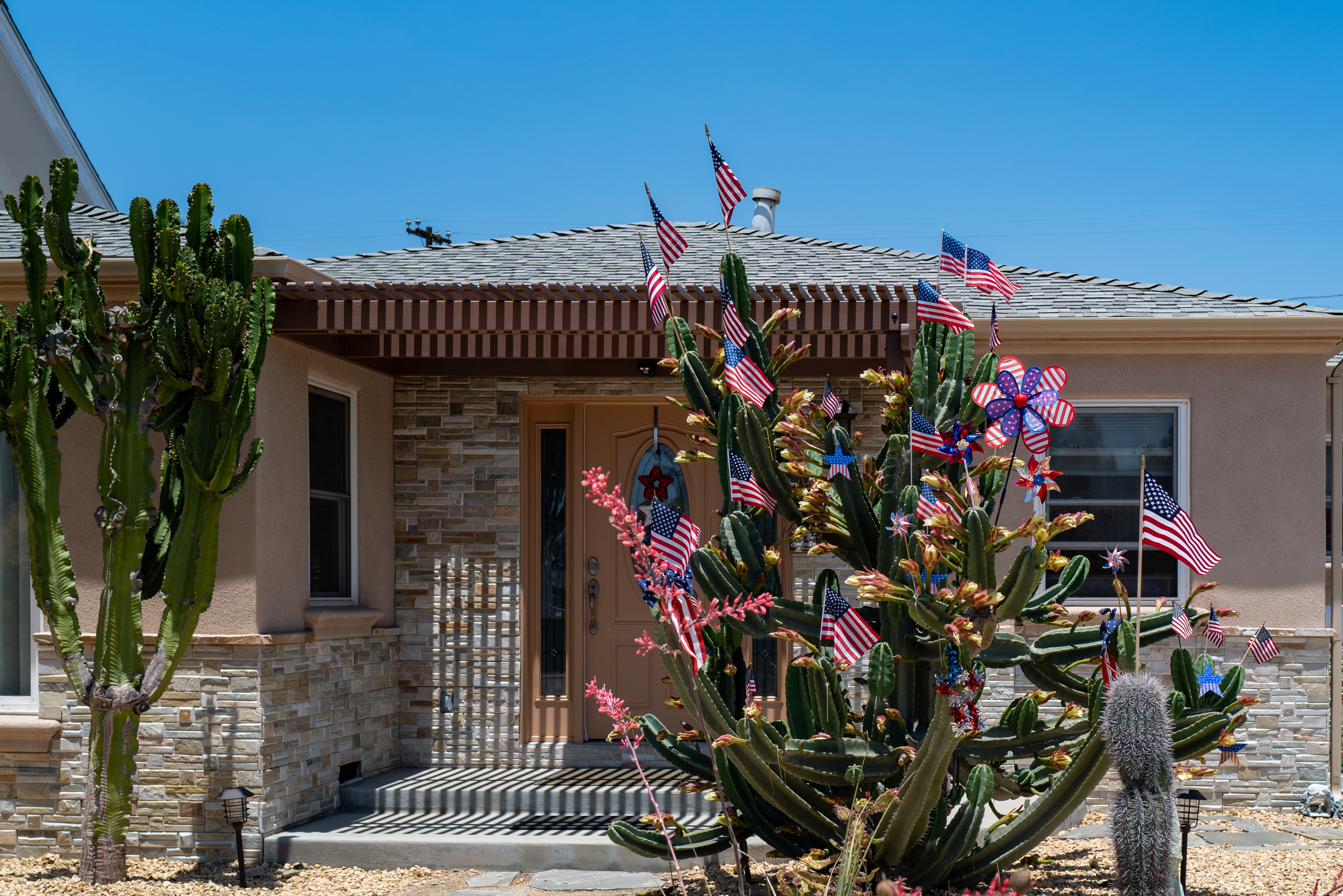 I can’t attest to other San Diego neighborhoods, but University Heights has undergone dramatic, observable changes since start of the SARS-CoV-2 (severe acute respiratory syndrome Coronavirus 2)/COVID-19 lockdowns in mid-March 2020. Many of the older, long-time residents sold their homes during the bubble boom and much younger folks—many of them couples with small children—moved in; more new renters can be seen than buyers, and a good number of the arrivals are Northern California escapees.

The question: How much does the demographic shift affect observable patriotic behavior—and, perhaps, installation of a more liberal administration in Washington, D.C. diminishing Donald Trump’s brand of rah-rah Americanism? I ask because this Fourth of July noticeably differs from every other seen since our first here in 2008. Most notable: The significantly smaller number of U.S. flags hanging from houses or multi-unit dwellings and absence from Park Blvd, which is the main business street. Other reasons may include progressives’ success spotlighting the country’s racial wrongs. Dunno, but I can say that this year’s celebration is muted—more so than even during pandemic lockdowns. Also observed: A surge in rainbow flags, which considerably outnumber the Stars and Stripes—that, too, diverges from all previous years.

My wife described University Heights as a “ghost town” as we walked about several times today. We saw no backyard BBQs, no family/friends gatherings, no significant activity whatsoever—other than the occasional dog walkers or runners. Weather was gorgeous and mild, with temperature reaching 23 degrees Celsius (74 Fahrenheit) buffeted by a cool, refreshing Westerly breeze. Meaning: No one had reasons to hide inside to avoid oppressive heat but plenty of them to be outdoors. Perhaps there was a rush of people to the beach, which would explain the apocalyptic emptiness. But what, other than cultural and societal shifts, explains the sudden absence of American flags?

As I write, occasional fireworks can be heard. Happy Independence Day, if you celebrate!