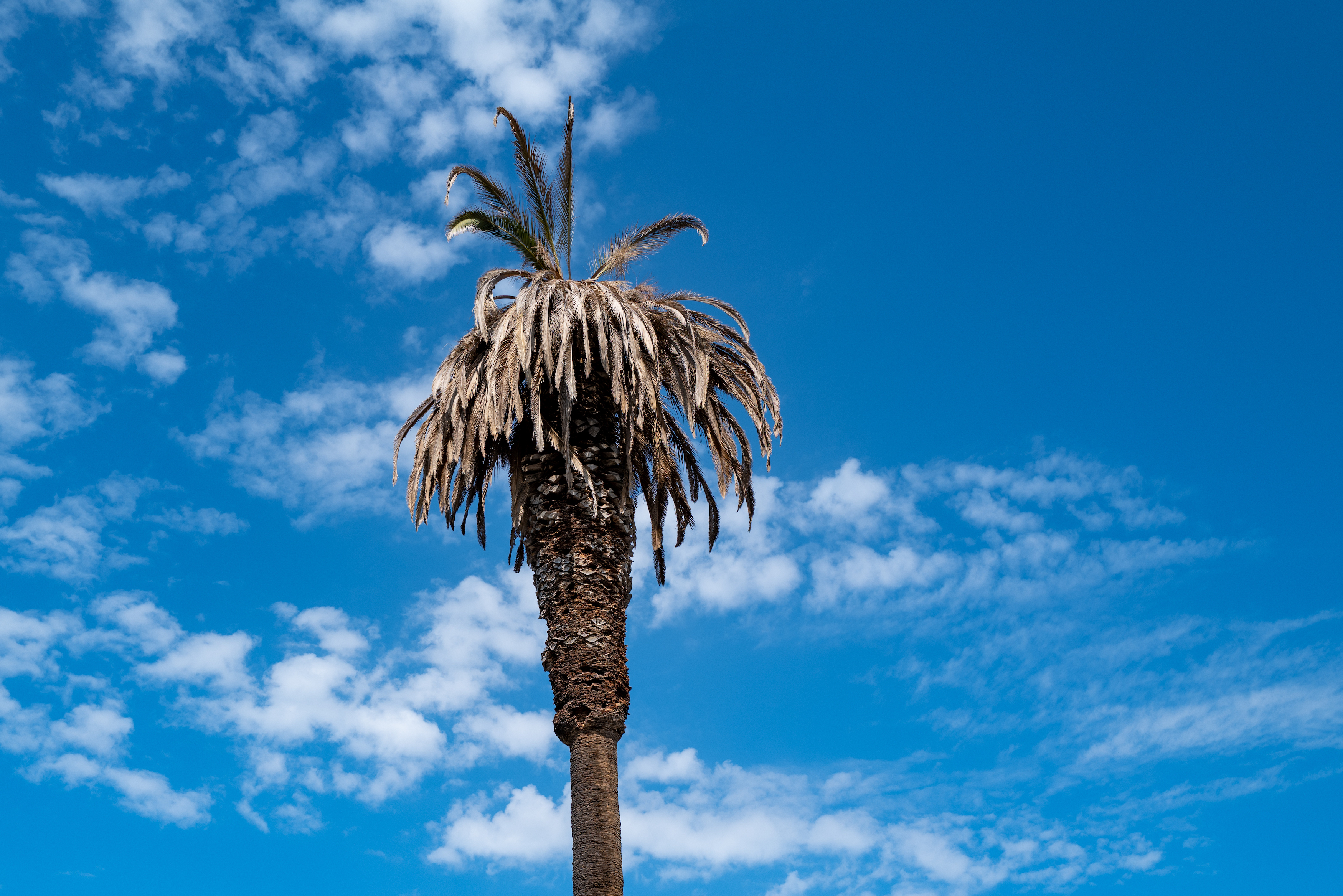 One of our apartment’s main benefits: Abundance of urban wildlife visible from expansive windows. Directly across the street from my home office is a magnificent palm tree that is the block’s primary animal habitat. Dozens of birds, of various ilks, fly up into crevices throughout daylight hours all year long. Remember: San Diego is a climate of three Summer seasons: Early, Mid, and Late. Squirrels scurry up the trunk, chasing one another. Who knows what else lives there? Tomorrow, the city plans to remove the tree. I understand the reason but hate it.

According to University California San Diego, invasive, deadly South American Palm Weevils were “first detected in March 2016″—that’s locally. But agricultural experts identified the beetles’ encroachment along the Mexican border five years earlier. The insects essentially infest the heart of the palm crown, destroying it. The bad news from arborists Coastal Tree Care: “When left undetected, this damage is irreversible and will leave you with no choice but to remove your palm trees”. Judging from the topless trees I see in some of the canyons, and the speed with which the weevils appear to spread, infected trees must be destroyed as soon as they show symptoms. A month ago, the palm across the street looked normally healthy. No longer. 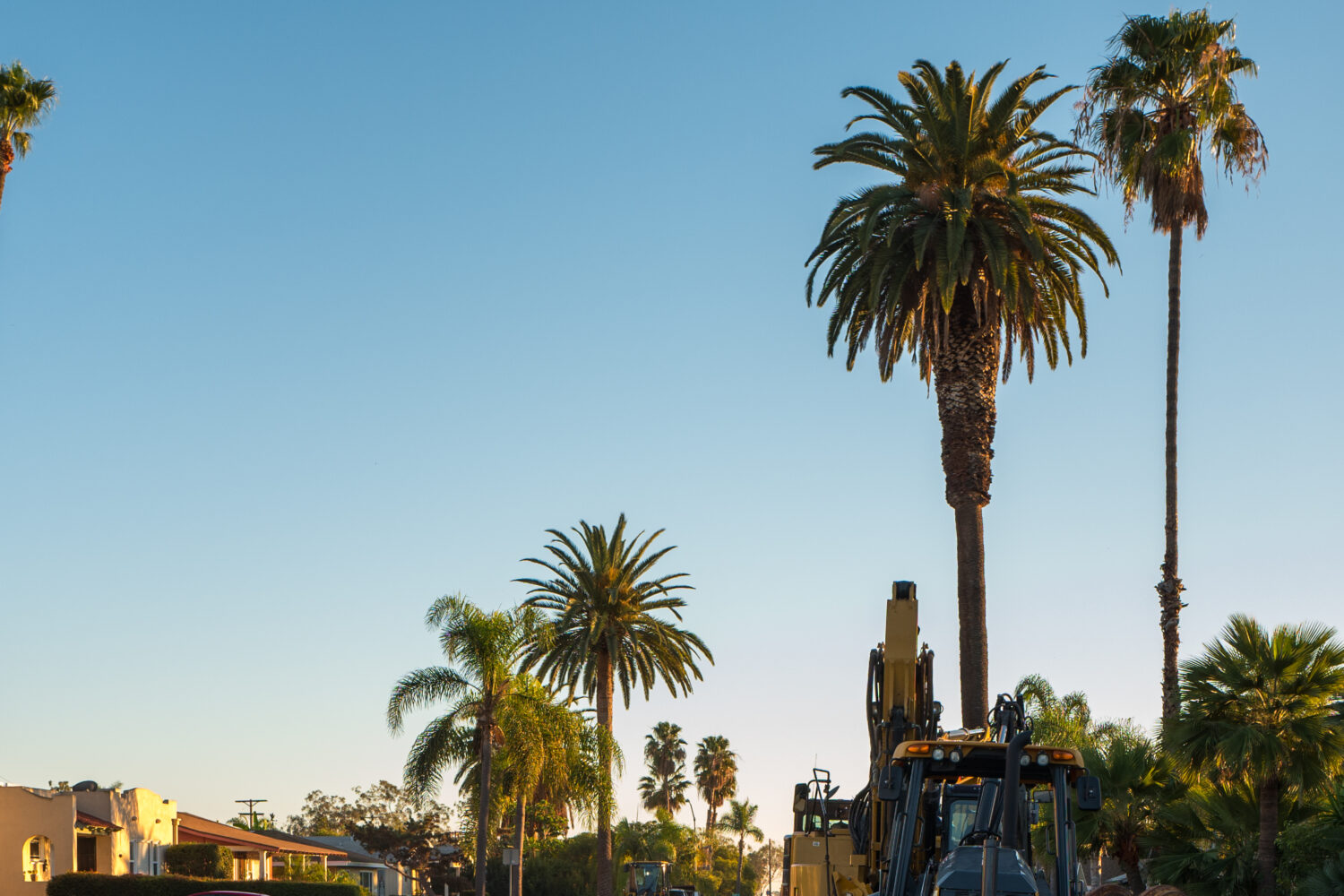 The Featured Image, taken today using Leica Q2, shows the wilting fronds. Vitals, aperture manually set: f/5, ISO 100, 1/640 sec, 28mm; 9:33 a.m. PDT. What was this magnificent monument like before? Strange thing, I am aware of the tree because of the wildlife coming and going but rarely take photos of it. Looking through my archive, I found an older shot showing healthy fronds. The tree rises up behind the construction equipment, which was why I captured the pic—using Leica Q, on Jan. 11, 2018. Vitals, aperture manually set: f/5.6, ISO 100, 1/80 sec, 28mm; 4:38 p.m. PST.

This post is my way of saying goodbye to a friend, who provided place for creatures to live, personal joy watching them come and go, and entertainment for our cats (Cali and Neko) in what one of my neighbors calls “Bird TV”. Where will wildlife go once the habitat is destroyed? I dunno.