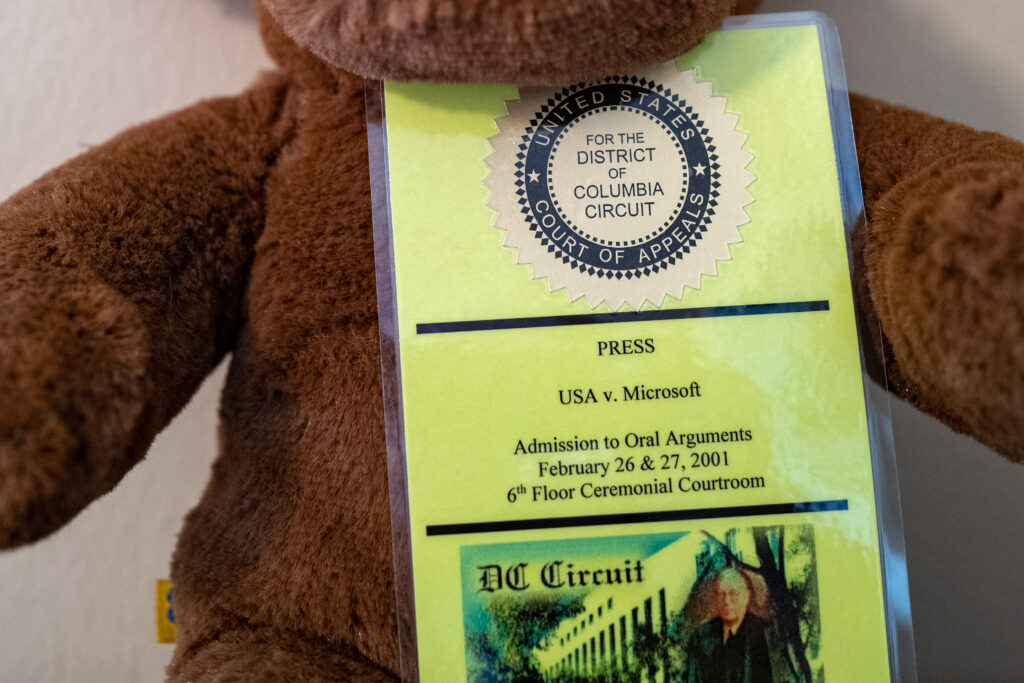 While rummaging around for one of our daughter’s old drawings, my wife pulled out my press pass issued by the U.S. Court of Appeals for the District of Columbia Circuit 20 years ago. At the time, Microsoft sought to overturn, or at least diminish, its adverse antitrust ruling and recommended remedy that would break the company into separate applications and operating systems companies. The U.S. Justice Department and 20 states attorneys general filed the initial case in May 1998. One state dropped out almost immediately. If I rightly recall, only 18 states remained by mid-2001.

I was a staff writer for CNET News.com and remember the court case well. My reporting got lots of attention, particularly analyses of the case and where it would lead—such as prediction that the appeals court would remove the trial judge; it did and upheld eight antitrust offenses. I am unable to find the news piece online because CNET removed the byline from all my stories—presumably purged in a content management system upgrade five years (or so) ago. Even more disturbing: The stories I have found universally have the wrong datelines. For example, my report “New judge assigned in Microsoft trial” has a publication date of July 20, 2002 but should be Aug. 24, 2001. Ugh.

Two years before discovering my CNET News.com byline expulsion, I warned: “Writers, Own Your Content!” (December 2014). That advice is ever-more relevant at a time of increased online censorship by old and new medias. But that’s topic for another post, and one I have long contemplated; perhaps sometime soon.