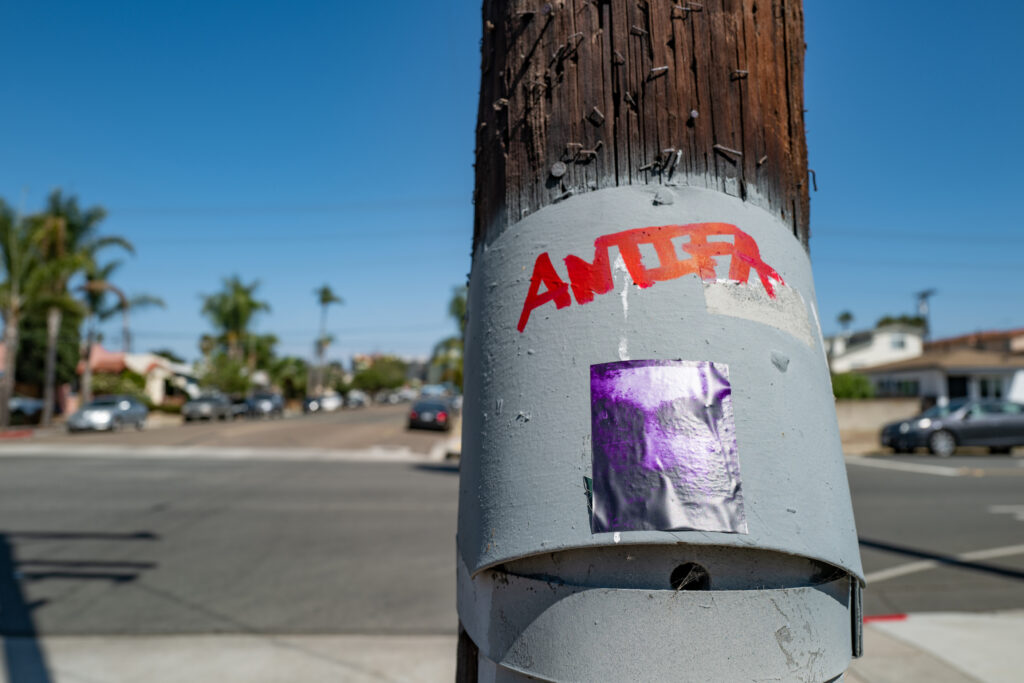 What a surprise is this. While walking in San Diego’s North Park neighborhood today, I spotted the oddest thing: The pictured graphic and text on a utility pole at Monroe and Utah. Is that sign meant to alert Antifa members? During last year’s racial riots and protests, I frequently passed persons all-black-clad—the group’s de facto uniform—hanging about some University Heights streets, presumably waiting for rides.  Seeing such scribbling, self-labeled anti-fascists would know where to gather—or maybe the scrawling is nothing more than graffiti.

The irony: Free speech allows an American (presumably) to deface this public pole with Antifa, whose activists are notorious for interfering with other individuals or groups expressing differing viewpoints—opposing or not.