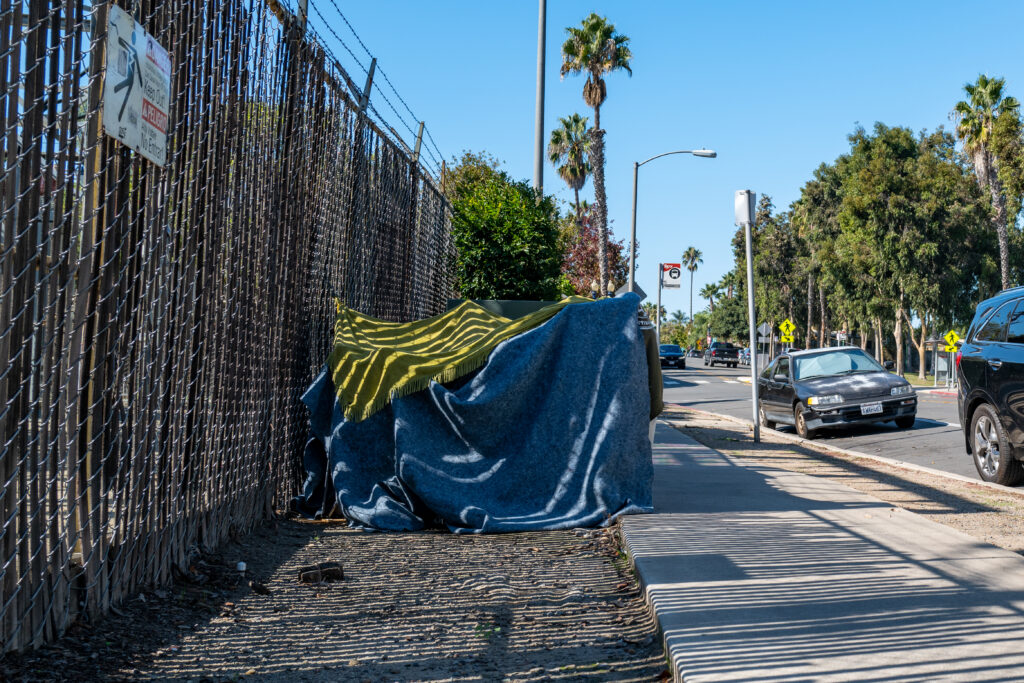 On Nov. 3, 2021, alongside the Adams Substation (e.g. electrical hub) in University Heights, my wife and I passed by the makeshift refuge that you see in the Featured Image. For concern someone might be sleeping inside, I shot Leica Q2 from the hip, seeking not to disturb the resident. The first companion, taken the next day, looks towards the Kingdom Hall of Jehovah’s Witnesses on the alley behind Alabama Street and across from Old Trolley Barn Park. 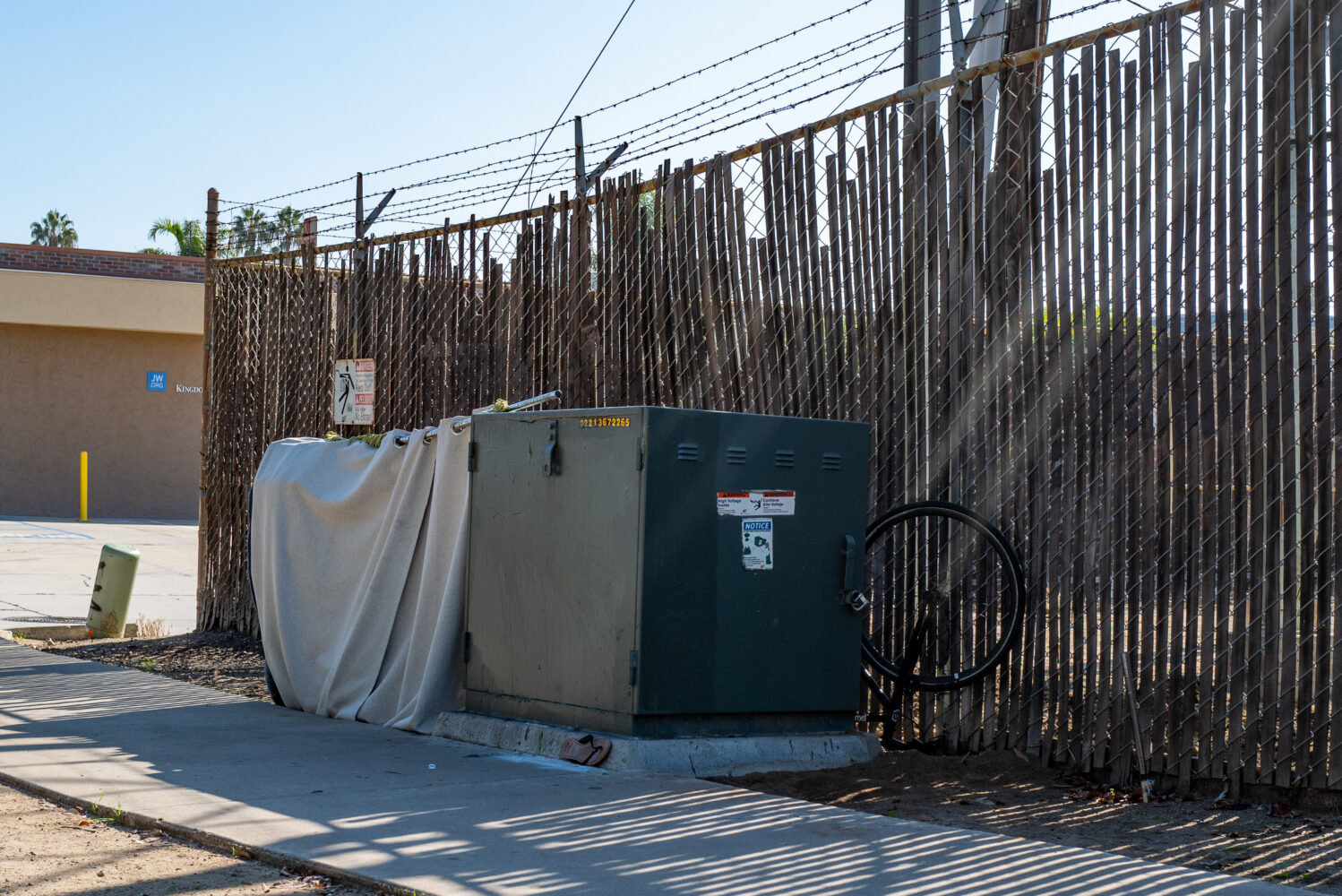 For another week, we watched with interest. Then, on the morning of November 11, I came upon the dismantled shelter. Annie returned with me in the afternoon, when I captured the final photo that you see. From the shape, I thought someone slept beneath the canvas. My wife disagreed; correctly. Vitals: f/5.6, ISO 640, 1/125 sec, 4:17 p.m.

The canvas tarp remains but is open, exposing some contents—a colorful sleeping bag among them. I chose not to photograph what remains. I wonder: Where is the owner of these things? How long did he or she sleep inside the makeshift shelter? Why are these things left behind? And why has no one, particularly other homeless folks, ransacked the belongings? 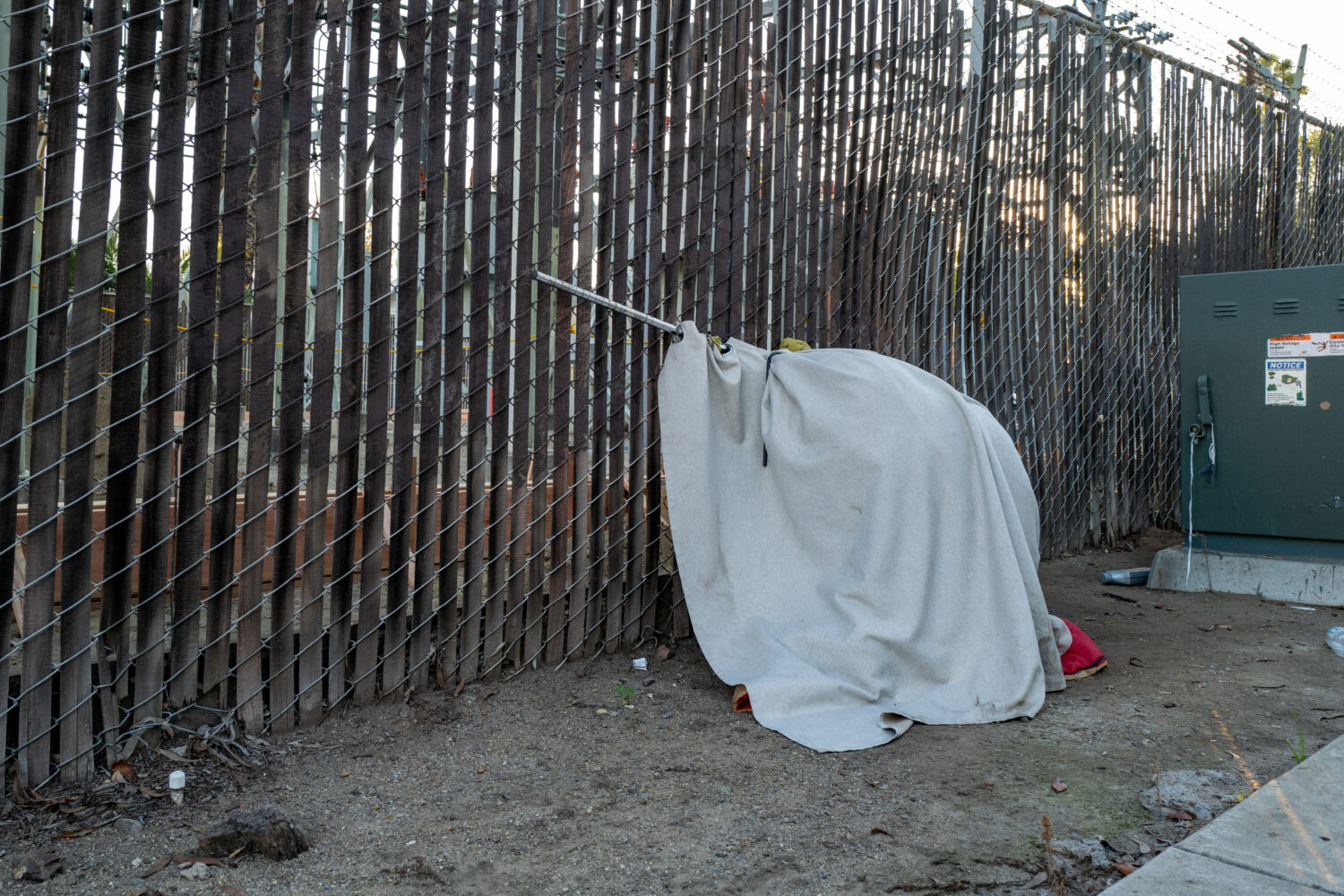 A few days after the shelter appeared, workers started doing something—and I have yet to figure out what—at the Adams Substation. Men are on site, even today, banging about. I wouldn’t want to camp out there. If the street sleeper felt similarly, and left, why did he or she abandon valuable belongings? I wonder about an arrest. We shouldn’t rule out SARS-CoV-2 (severe acute respiratory syndrome Coronavirus 2)/COVID-19—or bacterial illness shigellosis, for which there is an outbreak among San Diego’s homeless population.