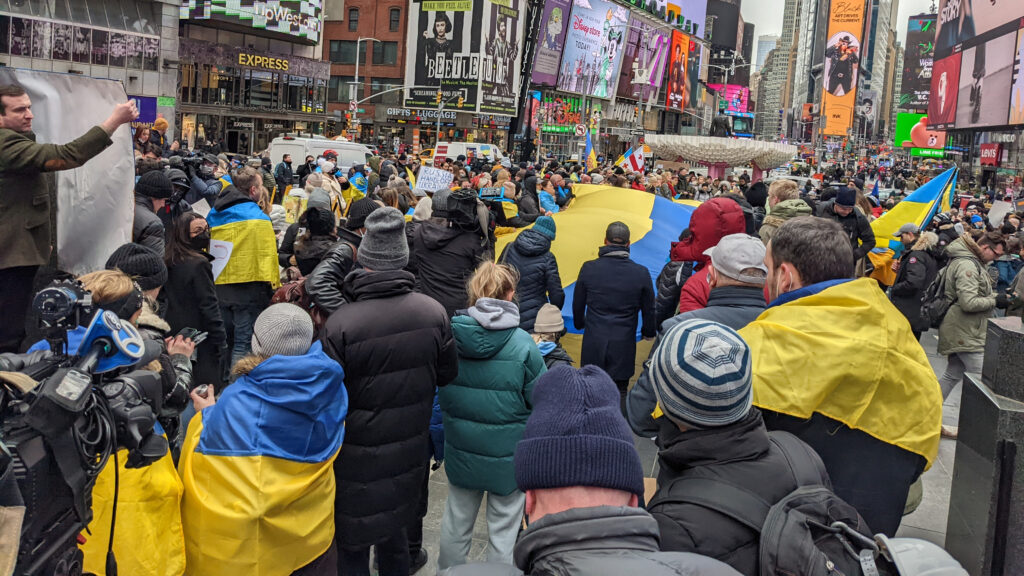 Russia’s incursion into neighboring Ukraine began in the wee hours local time there. I started seeing news stories early last night; California is about 10 hours behind. A tumultuous day of military advancement, impotent response from the U.S. President, and relentless news commentary, editorialization, and misinformation followed.

I watch and wait, understanding that Russian leader Vladimir Putin acts now for many reasons—perceived, and real, ineptitude of American leadership is among them. The troop withdrawal debacle in Afghanistan demonstrated U.S. military weakness, including decision-making capabilities of the Commander-in-Chief. Surely, Putin—and other autocrats—calculate opportunity.

Pundits step over one another to speculate about China seizing Taiwan. In the West, Russia often is depicted by a bear, which thought gets me to chuckling about Hank the Tank ransacking homes around Lake Tahoe, Calif. Joseph Biden’s promise of tough sanctions is like a tiny Chihuahua barking at the 550-pound black bear. What do you suppose China Premier Xi Jinping thinks as he looks on this global military-expansion litmus test of Western resilience—as demonstrated by the occupant of the White House in Washington, D.C. The dog barks but doesn’t bite.

SARS-CoV-2 (severe acute respiratory syndrome Coronavirus 2)/COVID-19 massively affected humanity over the past two years. If Chernobyl were a metaphor, Russia’s move into Ukraine spews geopolitical fallout across the region—and quite likely the world, with far greater potential disruption than response to the Coronavirus.

According to data released yesterday by the Bertelsmann Transformation Index, autocracy is the wave of the future. From the analysis:

There are 70 autocracies compared to only 67 democracies—for the first time since the BTI’s launch in 2003, authoritarian states are in the majority…The authoritarian drift of democracies is particularly worrying. Among the 57 countries that the BTI has consistently classified as democracies over the past decade, the population’s trust in democratic institutions and processes, as well as their acceptance by political elites, has diminished significantly.

So as the world watches, and Western democracies point fingers of recrimination, autocratic states will expand their influence—in the case of Russia and Ukraine, one autocracy to another. China’s expansion is too big a topic for today’s missive. But as I opined in March 2009, change can come quicker than any politico can imagine. Today Ukraine. Tomorrow Taiwan. Next day the world. Well, maybe not that fast. But you get the meaning, right?