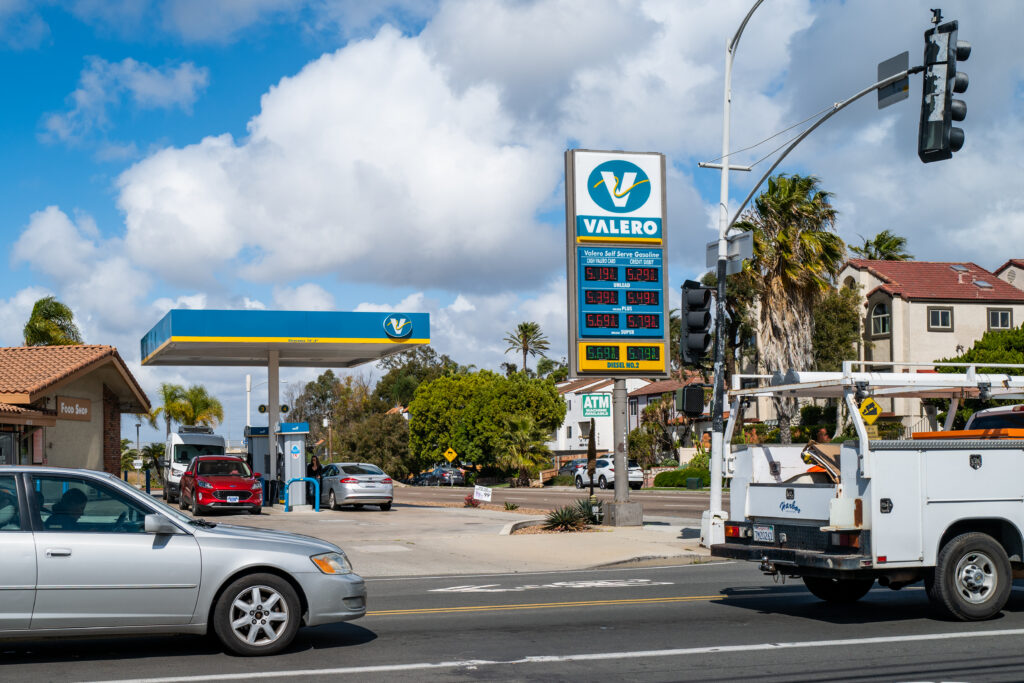 If you’re banging the drum of warning about impending climate doom or advocating essentially destroying Russia to save Ukraine, what will you say when the gasoline price soars past $6, $7, $8 a gallon or you’re hungry for lack of something—anything—to eat? Surely those, ah, causes will be meaningless then—and you lie to yourself if thinking otherwise.

Reason demands that people like you stop prattling emotions, wrapped in crisis, to sway public opinion and political policy. People like you share the critically common characteristics of grifters. Today, in the United States, following the change of administration in Washington, D.C., the con is on.

The Grift
In essential reading Scam Me If You Can, former conman-turned-FBI investigator Frank Abagnale lays out some of the tactics used to con people:

Ether is a condition of trust and even infatuation with what is being presented. Getting a victim under the ether is crucial to all cons, no matter where or how they are perpetrated. This heightened emotional state makes it hard for the victim to think clearly or make rational decisions. To get their victims under the ether, fraudsters hit their fear, panic, and urgency buttons…

Scarcity, urgency, and flattery are three hot buttons often used together by scammers, unscrupulous salespeople, and others who want to talk their victims into agreeing to unfavorable deals…

Getting victims under the ether has absolutely nothing to do with how smart or educated they are. In fact, those with college degrees are twice as likely to become victims of a scam than those without. As a young man, I convinced very smart people that I was an airline pilot, and I conned savvy bankers into believing that I had large, legitimate accounts at their banks. The overarching principle that scam artists rely on is not a target’s lack of intelligence but how easy it is to manipulate a target’s emotional state to a place where trust is established.

The Nuthouse
Thinking in grifter tactics, the climate argument goes something like this: We must immediately stop using fossil fuels and producing carbon emissions to “avert the worst consequences of the climate crisis“. Earth doomsday arrives in 2030 otherwise, so say supporters. Urgency to act, and sense of crisis, comes with every extreme weather event or natural disaster, and global warming is blamed for each. Part of the emotional hook: You’re a bad person, if you disagree, but you’re God’s gift to Mother Earth if you agree about climate change doctrine.

Joseph Biden put that doctrine into action when at the very start of his presidency he issued an Executive Order that killed off the Keystone Pipeline. Policies enacted since—for the sake of saving the planet from burning to a crisp in eight years—have flipped the United States from energy independence to energy dependence.

For most of 2020, gasoline sold for $2.59 a gallon at my local station before rising to $2.86 ahead of the Presidential Election. The Featured Image, taken today, shows the dramatic change: $5.20 at the same Valero, for regular unleaded purchased using cash. Prices are much higher elsewhere in San Diego.

I absolutely support protecting the environment and mitigating human impact. I am Maine born and raised. Just writing this sentence about the backwoods, farmland, and starry sky pumps my heart faster. But that’s no reason to join the climate control crowd, whose grifting urgency and crisis about global warming dissuades discussion or dissension, demanding conformity and political action—regardless the consequences.

There’s a difference between sensible science that is humble, practical, and realistic—accepting that neither human beings nor their artificial intelligence creations are smart enough to anticipate all the ramifications caused by anxious actions that have more to do with making people feel good about themselves and less to do with the real world in which we live.

The Enemy
Strangely, or maybe not, many of the same governments, organizations, people, and policy makers crying climate crisis are breathing hot and heavy about Russia’s invasion of Ukraine. The war gives something more immediate about which to be urgent and to escalate emotions that are immensely easy to manipulate. Russian President Vladimir Putin is the villain. Everyone opposing him is a hero—go ahead and give yourself a medal for being so magnanimous a human being.

Sanctions against Russia fly faster and more furiously than the invasion’s gunfire or missiles. Supporting Ukraine, whether with humanitarian or military assistance, is very different from isolating the invader. Might I remind you: A nuclear power. Today, according to New York Times, Putin asserted that economic sanctions are “akin to a declaration of war”.

Is anyone crying crisis considering the real world consequences of isolating Russia or prolonging the invasion’s likely outcome of defeat? I predict, and sadly others agree, that attempts to cage the bear will lead to a mauling of economies across the planet. So there is no misunderstanding; Problem isn’t the war but reaction to it against Russia.

The Importer
On the day that Putin’s troops crossed into Ukraine, Feb. 24, 2022, a gallon of regular unleaded gasoline cost $4.46 at the Valero down the street. Price leaped to $4.70 the next day, $4.88 on the 28th, and finally $5.20 today. The upward trajectory will continue. Thanks in part to the Biden Administration’s climate change policies, the United States is this year no longer an oil exporter. Sanctions that disrupt Russian oil exports inflict self-harm for nominal gains, if any.

According the U.S. Energy Information Administration, in 2020, Russia was the second largest producer of crude oil (13 percent). No. 1: The United States (15 percent). Yes, we import from Russia (3.5 percent, highest in more than 20 years) and overall this year the United States returns to being an importer rather than exporter. Oh, and we’re no longer numero uno.

As sanctions disrupt Russia’s energy—and overall—economy, oil prices rise: More than $115 per barrel, as of yesterday. Keep in mind that Russia also supplies natural gas to Europe and produces other valuable export products, such as fertilizer. Russia and neighboring Belarus, which supports the invasion, together are the world’s largest fertilizer exporters (17 million metric tons). Farmers depend on the stuff to grow crops and if they don’t have it, yields from the fields can decrease.

The Hunger
Speaking of filling your belly, the farthest-reaching self-imposed wound of trying to cage the bear with sanctions likely will be about food:

1. As fuel costs rise, so will the expense of transporting everything. Rising inflationary pricing follows.

2. As prices rise, people have less discretionary spending power or even enough money to buy the food that they need.

4. As farming costs rise, or planting supplies are limited, yields decrease, which contributes to rising consumer costs for foodstuffs.

I intentionally stop there because the list could easily be dozens long—and that’s without accounting for the problem of disrupted Russian and Ukrainian food exports, which could lead to famine—and, therefore political and social unrest—across some regions of the world.

Consider this: Combined, Russian and Ukraine account for about 30 percent of wheat exports, which will be disrupted either by sanctions against the one or inability to harvest from the other. Other affected export commodities include corn and sunflower oil, among others. Higher prices, especially for wheat, would be catastrophic to areas of the world with higher consumption, such as the Middle East.

The Censors
Do you remember the Arab Spring, which followed financial crisis, costly oil, and famine? I do. My June 2009 analysis “Iran and the Internet Democracy” looks at how then relatively new services like Twitter and YouTube put people, not journalists, in charge of the news reporting. The moment was transformative for traditional news gathering and adoption of new media.

In 2022, however, those platforms are hot harbingers of biased censorship, which prevents the world outside Russia or Ukraine to get a glimpse of what’s really happening. I see some traditional news services reporting about propaganda coming from Russian state media, which Facebook, TikTok, Twitter, and YouTube block in various ways. Social media censorship of Russian content, which exceeds state-run organizations, creates barriers for citizens there to learn more about the war or to educate others. Russia retaliated by banning or throttling some of these services.

Internet backbone provider Cognet Communications, which reportedly accounts for about “25 percent of all global Web traffic“, has effectively severed service with Russia. Apple and Microsoft have suspended sales and services. Mastercard and Visa will no longer process Russian credit card transactions. PayPal, too.

How does the West effectively creating a New Iron Curtain, which punishes Russian citizens, benefit Ukraine? Shouldn’t the West want Putin’s people to be better informed, rather than less? Why wouldn’t the country’s leaders not see such actions as acts of war—even from private parties? Poke the bear is not a game. It is a potential calamity.

The Choice
Honestly, the likely consequences of economically, informationally, and strategically isolating Russia could double the word count of this essay, easily. But it’s approaching Midnight and time enough for me to wrap up.

My advice: Don’t get grifted or, worse, be one of the grifter sheep. Be sensible. Don’t let someone else play your emotions—particularly in the case of climate change or Ukraine your sympathies or desires to feel good about yourself. Actions have consequences, which foresight is often obscured by emotions or our inability to simply predict outcomes of complex systems. Because of energy production and consumption, climate change and Ukraine are strangely linked by circumstance.

The world as we know it is on the precipice of several different disasters that could occur one or another or all together: World war. Global economic collapse. Massive starvation. Thermonuclear war.