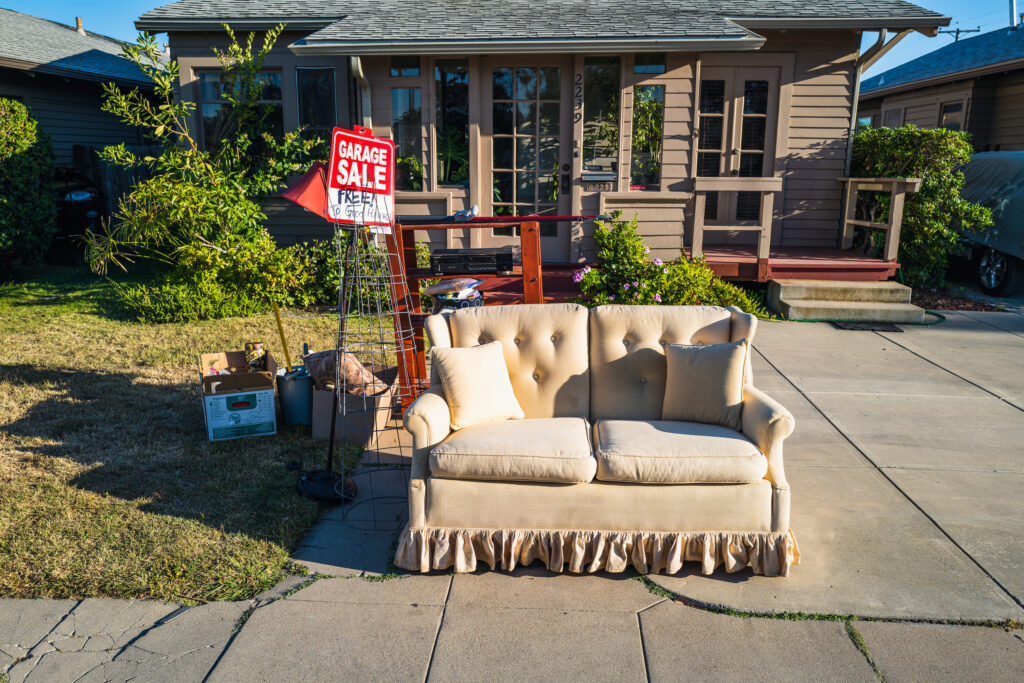 Somewhere in my San Diego neighborhood, I passed by these giveaways that aren’t for just anyone. Read the sign. Does your residence rise to the high bar set by “Good Homes” with an exclamation? I couldn’t take anything being among the many unworthy.

There are the makings of a good home, singular, for someone starting out in a first rental, particularly a studio. That’s who would be most worthy recipient. What first furnishings: Sofa, storage rack, pillows, VHS player, cleaning supplies, and more.

I used Leica Q2 to capture the Featured Image, which is composed as shot. Vitals, aperture manually set: f/5.6, ISO 100, 1/320 sec, 28mm; 6:15 p.m. PDT, today. During post-production, I planned to remove the house number but decided that doing so would remove something from the house’s character. For that reason, out of respect for a neighbor’s privacy, I won’t identify the street.