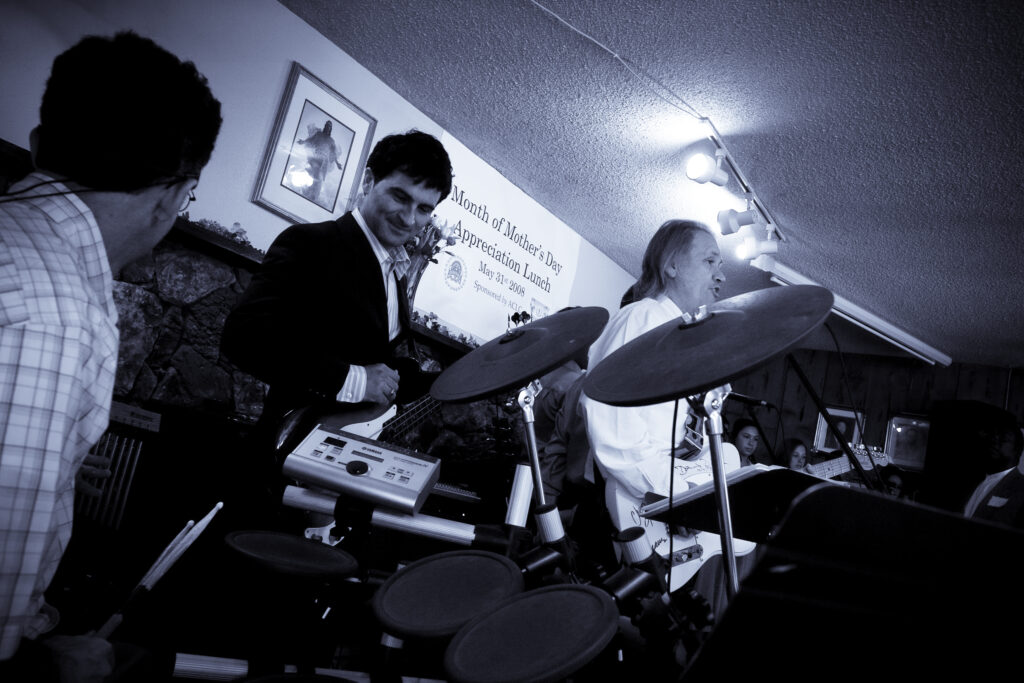 According to the EXIF, I edited the portrait four days later using Sigma Photo Pro, applying Selenium filter, which looks sharper than the grainy color original.

This moment is nothing but a walk down memory lane. The choir long ago disbanded, and most of the band’s principals no longer live in San Diego County.