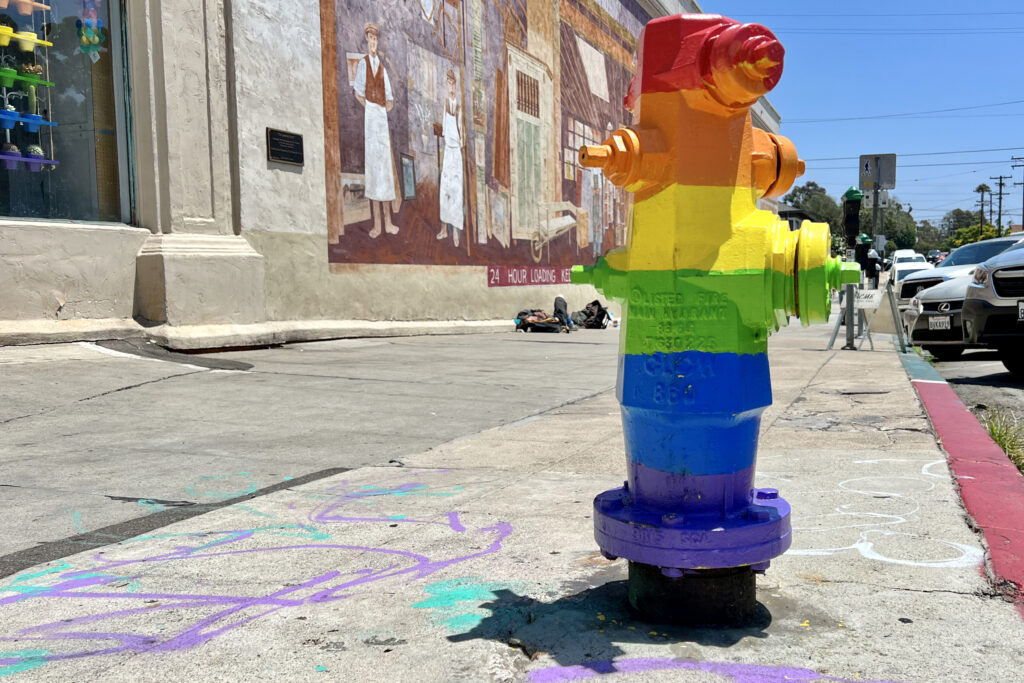 She would start by quoting Proverbs 16:18. “Pride goes before destruction, and a haughty spirit before stumbling”. Then she would more provocatively cite 1 John 2:16,17 because, well, grandma isn’t intimidated by how other people might react.

“For all that is in the world, the lust of the flesh and the lust of the eyes and the boastful pride of life, is not from the Father, but is from the world. And the world is passing away, and also its lusts; but the one who does the will of God abides forever”.

Grandma would read from her reliable King James Version Bible. But I pull from New American Standard because that’s the translation we have on the bookshelf.

After calming herself about the coopting of the rainbow, which God set as a covenant following the great flood (Genesis 9:12-17), Grandma would lean forward in her rocker, point a finger, and speak about the Last Days, referring to Revelations 10:1.

And I saw another strong angel coming down out of Heaven, clothed with a cloud; and the rainbow was upon his head, and his face was like the sun, and his feet like pillars of fire.

Now as religious as she might be, Grandma would have some colorful (no pun intended) words best censored and condensed to: “These sinners ain’t angels”.

How’s that for an unexpected introduction to the Featured Image, which I captured today using iPhone 13 Pro? The fire hydrant, and another like it, is at the corner of Tenth and University in San Diego neighborhood Hillcrest—where tomorrow the big proud parade will take place. Vitals: f/1.5, ISO 50, 1/6179 sec, 26mm; 1:52 p.m PDT.

The parade route will be colorful in another way. The homeless populate pockets of the area. In the photo, along the wall, under “24-hour loading”, you can see an indigent man stretched out on the sidewalk. Another is blocked from your view by the hydrant. Between Fourth and Tenth, I passed another dozen people who clearly (and sadly) live on the streets. I got to ask: Is there a rainbow color of inclusion that includes them?

To which, Grandma would answer “Yes” and continue from Proverbs 16:18 to verse 19: “It is better to be of a humble spirit with the lowly, than to divide the spoil with the proud”.