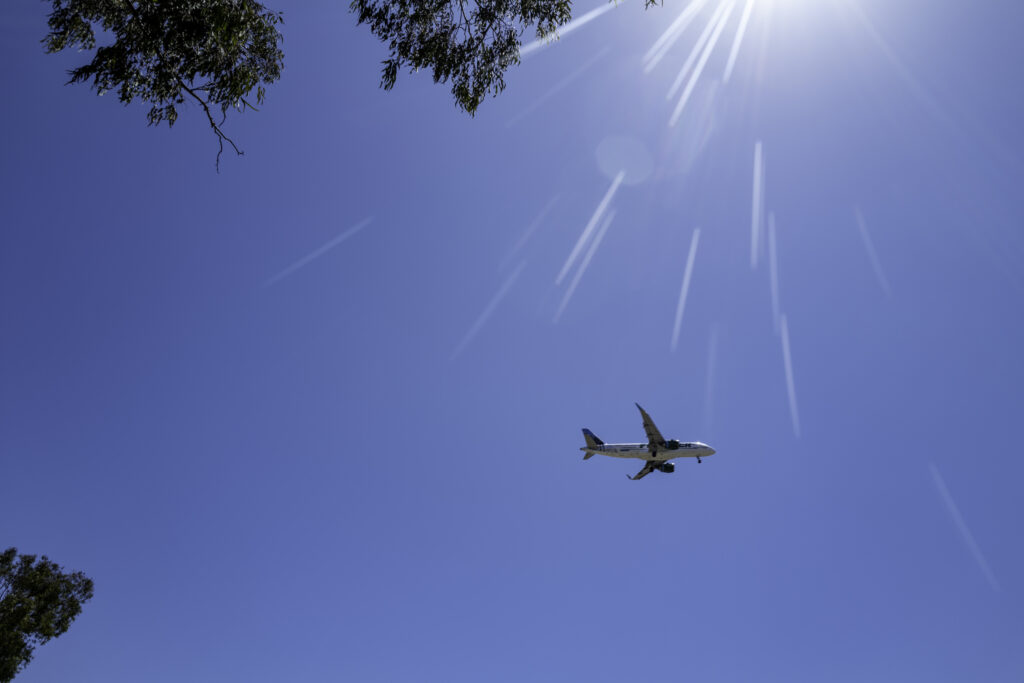 We return to the skies, four days after “Birds on a Wire“, for a mechanical flyer—and one I long wanted to share but refrained. Problem: Zooming in reveals that the airliner is blurry, and I don’t believe from motion. This is a failed photo and yet one that still appeals to me.

The area is along one of the landing paths to the International Airport formerly known as Lindbergh Field. A decade ago, while waiting for my daughter to finish up high school activities, I would watch (and listen) to the planes coming in low on approach.

Most memorable experience: Late-November 2019, a delightful after-theater walk—planes flying low overhead to land—after my wife and I watched Jesus Christ Superstar on stage at the Civic Center. We enjoyed that bit almost as much as the play.