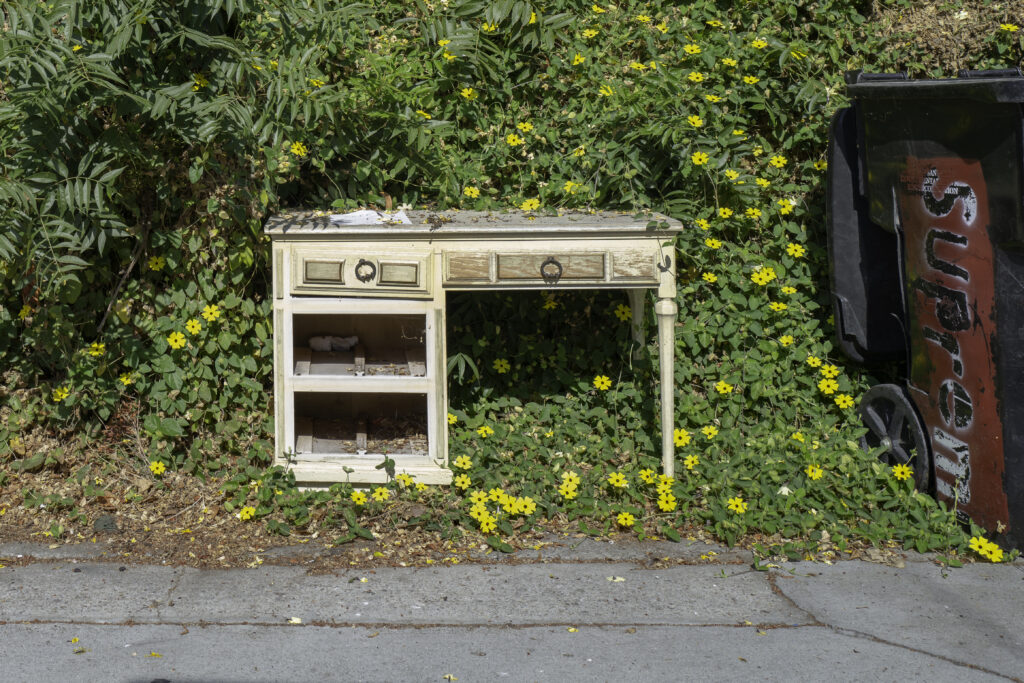 Composition-wise, the Featured Image is not as appealing as the angled shot that I considered sharing instead. But the single pair of bundled socks—shoved into an empty drawer-space—makes the moment for me. I wonder what is their story? Why are they there? I will never know.

The discarded desk waits for a new owner in one of the University Heights East alleys between Adams and Monroe. My apologies but I don’t offhand recall which one. I can attest to passing by the thing—perhaps too tucked away in flowering vines to be easily seen by San Diego rummagers—several times over many days. Maybe missing drawers dissuade scavengers, who miss out. That’s solid wood, not pressboard. If I needed a desk…but do not.

Endless sunny days, and rare rainfall, make furniture fit easily into the natural urban landscape of perennial growing greenery, flowers, and fruit. Meaning: Would you even guess the setting is an alley between buildings if I hadn’t revealed so?