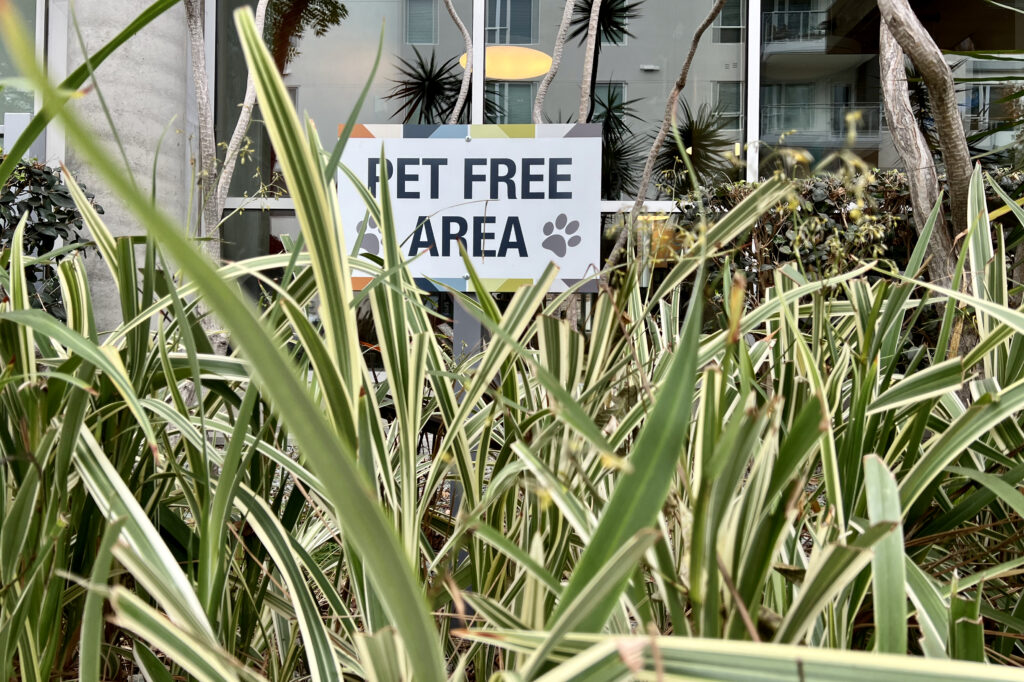 My daughter is vacating the room she was renting—and, of course, duty fell on me to haul her there to collect the remaining possessions and transport them to her storage unit. She owns too much stuff (my polite phrasing), and I insisted that lugging everything to the car was her responsibility.

Naturally, for me, that meant much sitting inside or walking around our hatchback. When they issue the award for being slowest packer and mover, she could win.

While waiting, I observed the sign that is the Featured Image. The security guard who seemed to always be somewhere other than front of the building, suddenly appeared as I framed the shot. Gravelly he asked what I was doing and demanded to see the photo on iPhone 13 Pro. Wow. Is my presence that imposing and suspicious? Slight-frame me should be flattered for being such menacing threat to the greenery.

Downtown San Diego is, ah, woke-central. Anything less than polite is considered to be offensive at the least and more likely belongs to the category of hate speech. As such, the high-rise apartment building couldn’t post signage as uncivil as suggesting that your doggie might pee or poo in the landscaping and you are obligated to clean up after the mutt. Hence, the complex has designated all areas where fido might do his (or her) business as pet free zones.