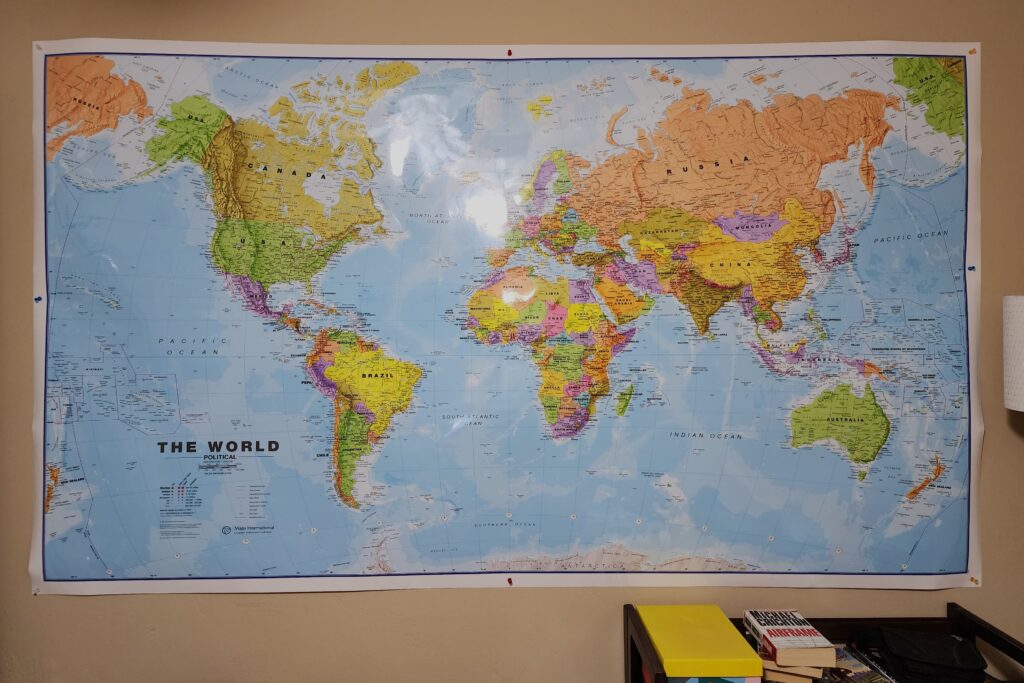 On the last day of 2022, I ordered a giant, world map from Maps International via Amazon. A roll tube containing the item arrived today. Measuring 40 x 80 inches (101.6 x 203.2 cm), the laminated reference fills most of the wall behind me.

Among my 2023 goals: be more aware about global events. That’s an ambitious task, when so much of the U.S. press makes every little minutia into a catastrophic crisis.

Consider the wild weather names that sound diabolically threatening. Two weeks ago, bomb cyclone was term du jour for cold and snow in the Northeast. Now it’s atmospheric river to describe the heavy rains falling across California. From the flash flood of news stories, you’d think that huge portions of the state will wash away—contradicting, by the way, news reports just weeks earlier about the dangers of Climate Change manifesting historic drought conditions. Okay, so which is it? 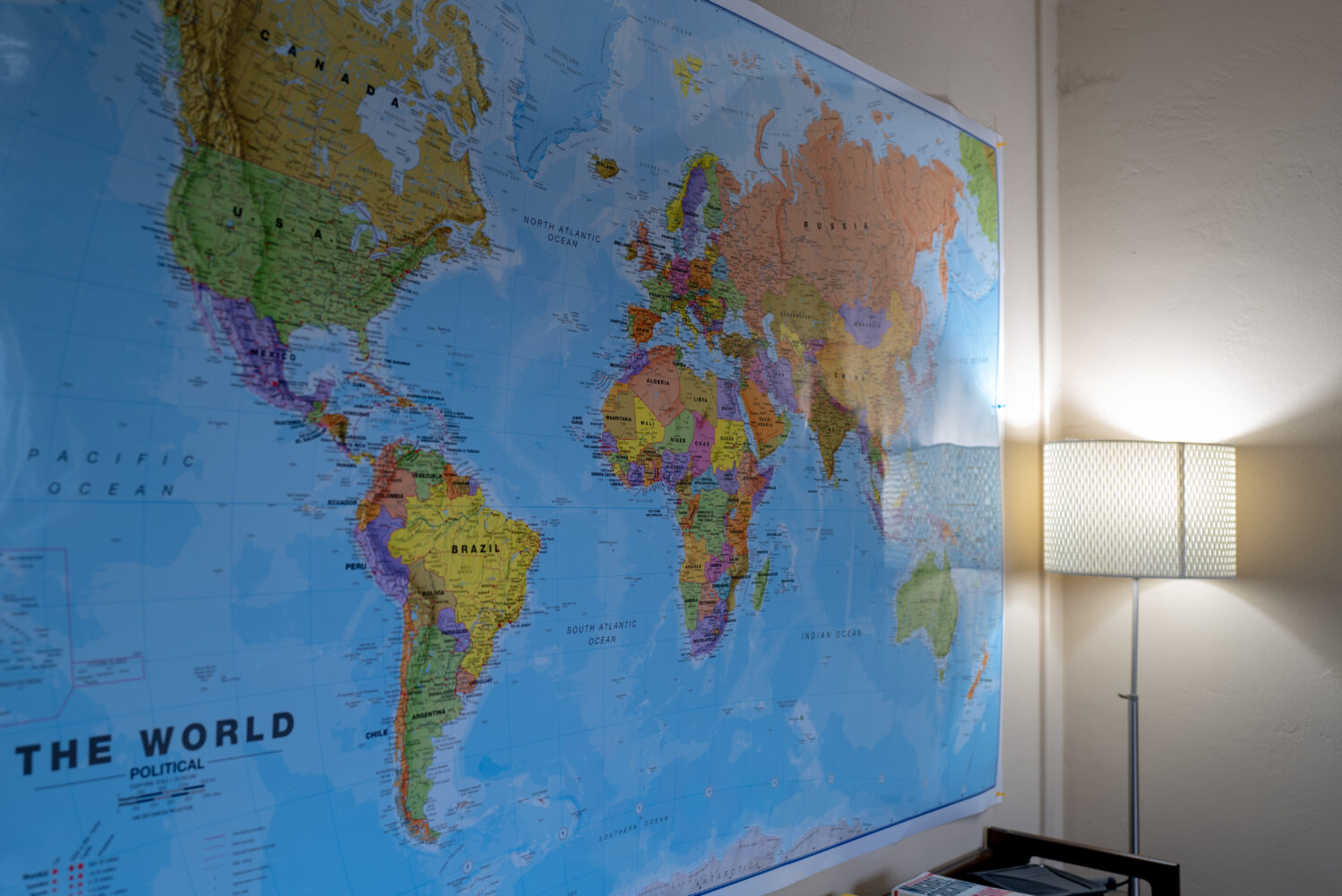 Meanwhile, events that matter are either ignored or so politicized, fact and fiction are difficult to separate. The weekend’s civil unrest in Brazil demands crack reporting to unravel what’s really going on and who benefits most from symbolic (and quite literal riotous) assaults against all three branches of government. Let’s not forget the Russia-Ukraine war, global recession (and the real causes), and what goes largely ignored: election disruption in Nigeria, unrest in Peru, collapse of Haiti’s government, and more.

The big map will act as a starting point for randomly choosing and learning more about different countries and as a reference when reading news stories about them.

Let’s talk visuals. I had such trouble shooting good photos because of how light (either from sun or bulbs) reflects off the laminated surface. I am not thrilled about either the Featured Image or its companion. But some illustration is better than none; I guess. The full-on perspective comes from Samsung Galaxy S22 Ultra. Vitals: f/1.5, ISO 500, 1/60 sec, 23mm (film equivalent); 9:37 p.m. PST. The sideways shot is from Leica Q2. Vitals, aperture manually set: f/2.8, ISO 100, 1/20 sec, 28mm; 3:31 p.m.