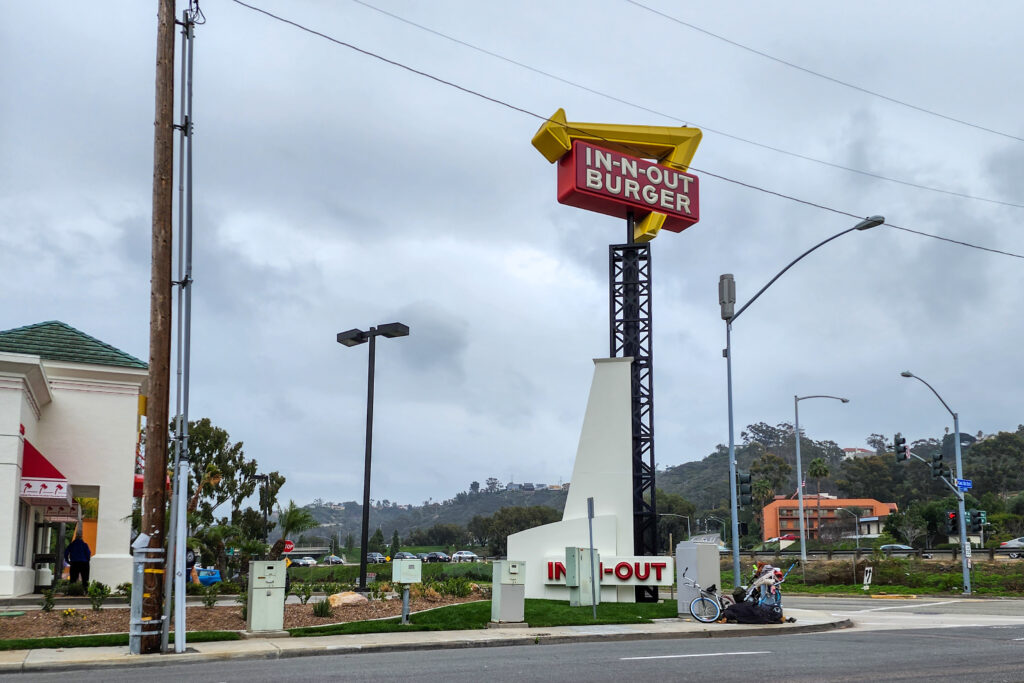 Today, I did an In-N-Out drive-by while other cars were ridiculously stuck in the drive-thru. What’s up with all this vehicular laziness? Park. Go inside and order. Your food will come faster. Shall we time it so you can see, or is your butt so planted you would never consider the freedom and ease found at the counter?

But I digress. The Featured Image, quickly taken from inside my Honda using Samsung Galaxy S22 Ultra, is shared solely to illustrate this post—and opportunity to snark vomit all over the fast-foodery’s homeland. This week, In-N-Out announced plans to open its farthest east location(s). In Tennessee. Why the Volunteer State, you might ask. The company doesn’t really answer, but you don’t need more sense than the drive-thru nutters to rightly reason. That’s where the customers are—meaning California expats and refugees. And you thought they all flocked to Idaho and Texas (yes, where many did flee).

Nashville is a popular destination for the Cali crowd. Why shouldn’t the company follow its customers—all salivating at the opportunity to soil Tennessee culture by every means, including those shockingly long lines at the drive-thru.

In addition to restaurants, In-N-Out plans to build “an Eastern territory office to be built in the city of Franklin”, which is south of the Capital city. Well, hell, that sounds like an invasionary installation for expansion across the region.