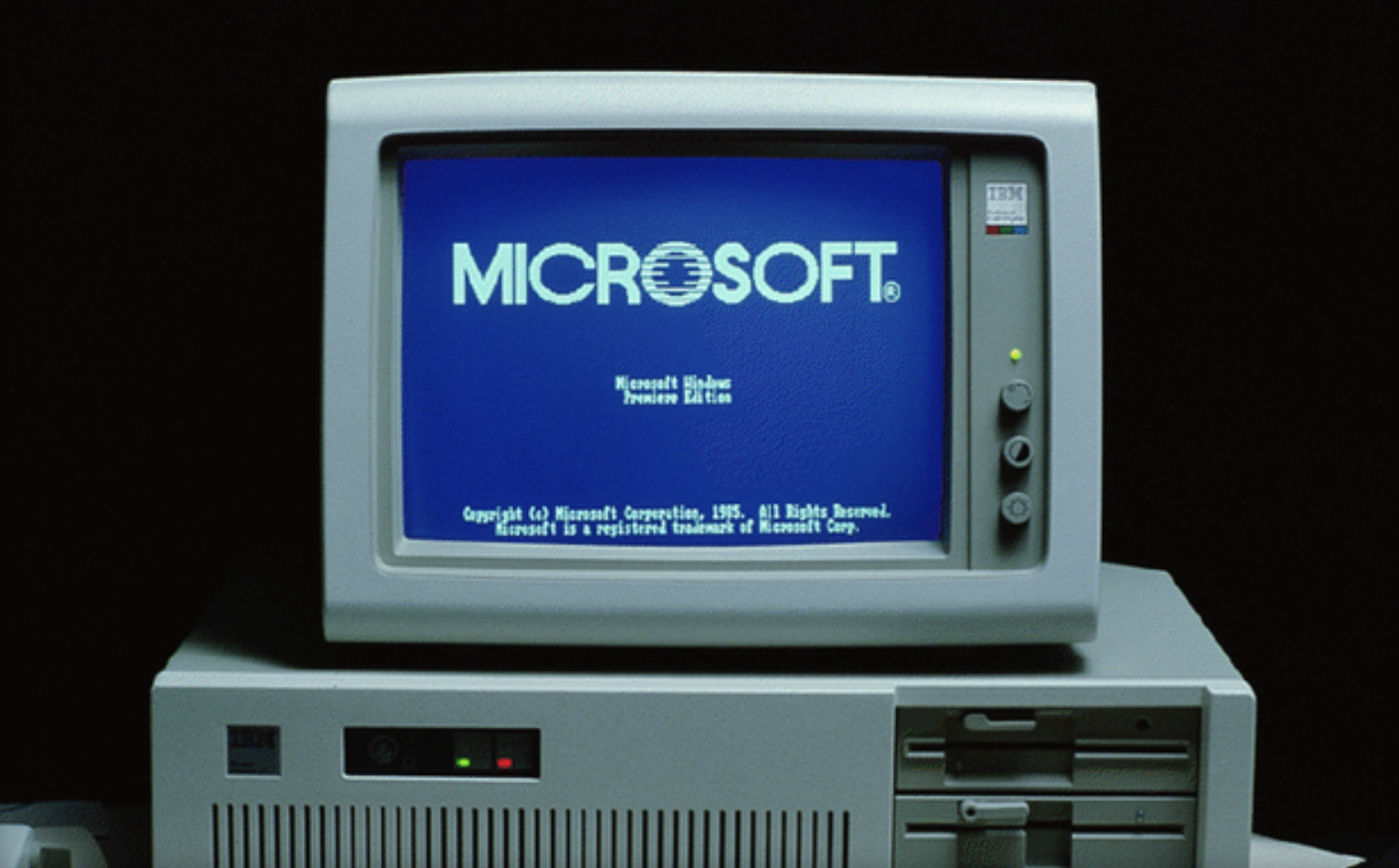 In the last year, Microsoft has taken some interesting product codenames and turned them into something ugly. In late 2002, the company released a new operating system technology for turning flat-panel monitors into sophisticated devices for doing cool things. None of the raw computing power is contained in the device, or “smart display”, which connects to a PC over the air using wireless technologies to retrieve data, pictures, video or audio. Microsoft earlier introduced the smart display technology with the code name “Mira”, which had lots of potential as a brand. Microsoft Mira has a nice ring to it. Besides, mira means “sights” or “aim” in Spanish—another nice touch in terms of branding.

Now, monopolist conspiracy theorists might see Microsoft’s bland branding as another tactic to preserve and extend the company’s overwhelming dominance in operating systems. They might conclude Microsoft is once again hard at work pushing Windows onto the unsuspecting masses. After all, Microsoft executives have touted a “Windows everywhere” strategy. More importantly, why would any company take a cool name and replace it with something, well, totally bland?

Conspiracy theorists might be disappointed to find another very reasonable explanation for Microsoft’s bizarre branding decision: The company has no logo. But Microsoft’s major product, Windows, has one. Strange, isn’t it? Microsoft the company has no logo, so no clearly recognizable identifier. Windows and the Windows logo, on the other hand, are widely known. In fact, I would argue that to most people Windows is Microsoft. So maybe the company has got good reason to milk the Windows brand for all it’s worth, even if the product names created around the OS are about as appealing as a bowl of dirt drenched in chocolate syrup and sugar sprinkles.

Microsoft’s identity crisis also sheds some light on the company’s legal tussle with Lindows.com, a competitor that makes a Linux operating system derivative called LindowsOS. Microsoft sued the company for copyright infringement. In mid June 2002, retailer Wal-Mart started carrying Microtel PCs preinstalled with LindowsOS. It’s no secret Microsoft has no love for Linux, the low- or no-cost, open-source OS competing against Windows. So some critics chided Microsoft for filing what they called a frivolous trademark infringement lawsuit against Lindows.com. But given Microsoft’s brand identity (don’t forget that logo) is tied to Windows, the company may have seen other reasons for going after Lindows.com.

Still, Microsoft’s name shame isn’t all reserved for Windows, even though I dread to see what pathetic product names Longhorn, successor to Windows XP, and next-major server release Blackcomb will become. (But you can guess since Whistler became Windows Server 2002 before Microsoft changed the name two more times, ending up with Windows Server 2003.) In March 2003, Iris turned into Office Outlook 2003 with Business Contact Manager. Yeah, that really rolls of the lips.

I can’t resist one more. Microsoft unveiled the first group of .Net consumer Web services under the code name “HailStorm” in March 2001. I really liked the HailStorm name, but the company quickly took hits from competitors and the media over the code naming. After all, Microsoft’s then three-year-old antitrust battle with federal and state trustbusters had reached a crucial juncture. HailStorm rang of the old, unrepentant monopolist trying to roll over competitors, critics charged.

Microsoft responded, in part, by later renaming HailStorm the ultra dull .Net My Services. During my first press briefing on the new name, I asked what idiot came up with .Net My Services. Naturally it would be the Microsoft executive who I was interviewing. Microsoft later folded the whole concept into MSN 8.

Microsoft is My Bond
You’ve got to wonder why Microsoft has no logo. Maybe during the company’s infancy, co-founder Bill Gates thought the name Microsoft would be bond enough. After all, it worked for IBM, which doesn’t have an obvious corporate logo beyond the name. At the time, IBM was the company Microsoft hoped to topple as king of computing.

But remember, IBM stands for International Business Machines. Someone at the computing giant had the sense to turn the abbreviation IBM into a logo, by assigning each letter a color—red for I, green for B, and blue for M. It was a brilliant maneuver, which somehow doesn’t work for the name Microsoft. (Microsoft may have caught onto this for .Net. The company appears to be looking to fly .Net as a brand and logo, accenting the letter with highlights of blue, green, yellow, and red. Those colors, not coincidently, also are used in other Microsoft logos, such as Windows or Office.)

Still, without the advantage a logo brings, Microsoft grew from a small-time operation selling software for IBM PCs into a multibillion dollar company. But later with Windows, Microsoft found a marketable brand and recognizable logo in the four-color flag that came to be one of the most-recognized symbols of corporate America. (I don’t dare post the logo on this page, as Microsoft is very sensitive about usage. But you can find the logo on Microsoft’s Windows Website.)

Microsoft hasn’t been shy about promoting the Windows logo, either. In fact, the software giant has turned the Windows logo into a coveted prize. Hardware manufacturers must meet the strictest guidelines to be able to use the Windows logo on their products. Supposedly, products that carry the logo sell better than those that don’t, because of the implied promise of compatibility with Windows.

So covetous is Microsoft of the Windows logo, the company has argued possible misuse of the identifier as one reason a harsh nine-state antitrust remedy made no sense. With surprising earnestness, Microsoft Chairman Bill Gates testified in April 2002 that the remedy as written would allow Sony to put the Windows logo on its CLIÉ handhelds, even though the devices run competing software from Palm Computing.

Well, the argument might have seemed a bit far-fetched to some people closely watching the four-year-old antitrust case, but I didn’t doubt Chairman Gates’ sincerity in his concern over this possibility. Like it or not, Windows is Microsoft. (By the way, the federal judge rejected the proposed remedy in November 2002.)

When you think about it, the “Windows is Microsoft” situation is a bit odd. For years, Microsoft derived most of its software sales and profits from the Office productivity suite. Office’s financial contribution has declined some, but the suite still carries big sales clout. Office may also have more market share than Windows—pushing past 92 percent, according to some analysts—even while most people identify Microsoft with the operating system. I would argue Office has a cooler logo, too (It’s a four-color puzzle). But that logo isn’t plastered as far and wide as the one for Windows.

So circling back to where we started, codename Mira as a possible brand name had lots more going for it than Windows CE for Smart Displays. But maybe Microsoft has good reason for sticking with the Windows branding. By the way, while CE shares the same Windows name with versions 95 or XP, that product is designed for devices using embedded microprocessors, such as Pocket PC Handhelds. Windows CE was not built for running on PCs and supporting hefty programs like action games. Still, I would be more interested in a Mira device. Who knows. The popular culture of computing might not let that name die easily, forcing a permanent return to the codename. “Hey, mon, have you seen my new Mira display?”

By the way, Microsoft may have blown it on the corporate logo front, but not on slogans. The company’s “Where Do You Want to Go Today?” slogan is catchy (even if after many years it has disappeared from use) and really captures the essence of Microsoft’s corporate philosophy: Create technology that empowers people.

Remember, Microsoft is the company that took big computing power from large corporations and turned it over to the masses. The move from mainframes to personal computers revolutionized accounting, publishing, and interpersonal communications, among other things. Suddenly the family down the street could churn out newsletters that looked just as good as those from the print shop down the street. What’s amazing is Microsoft did all this without a corporate logo.