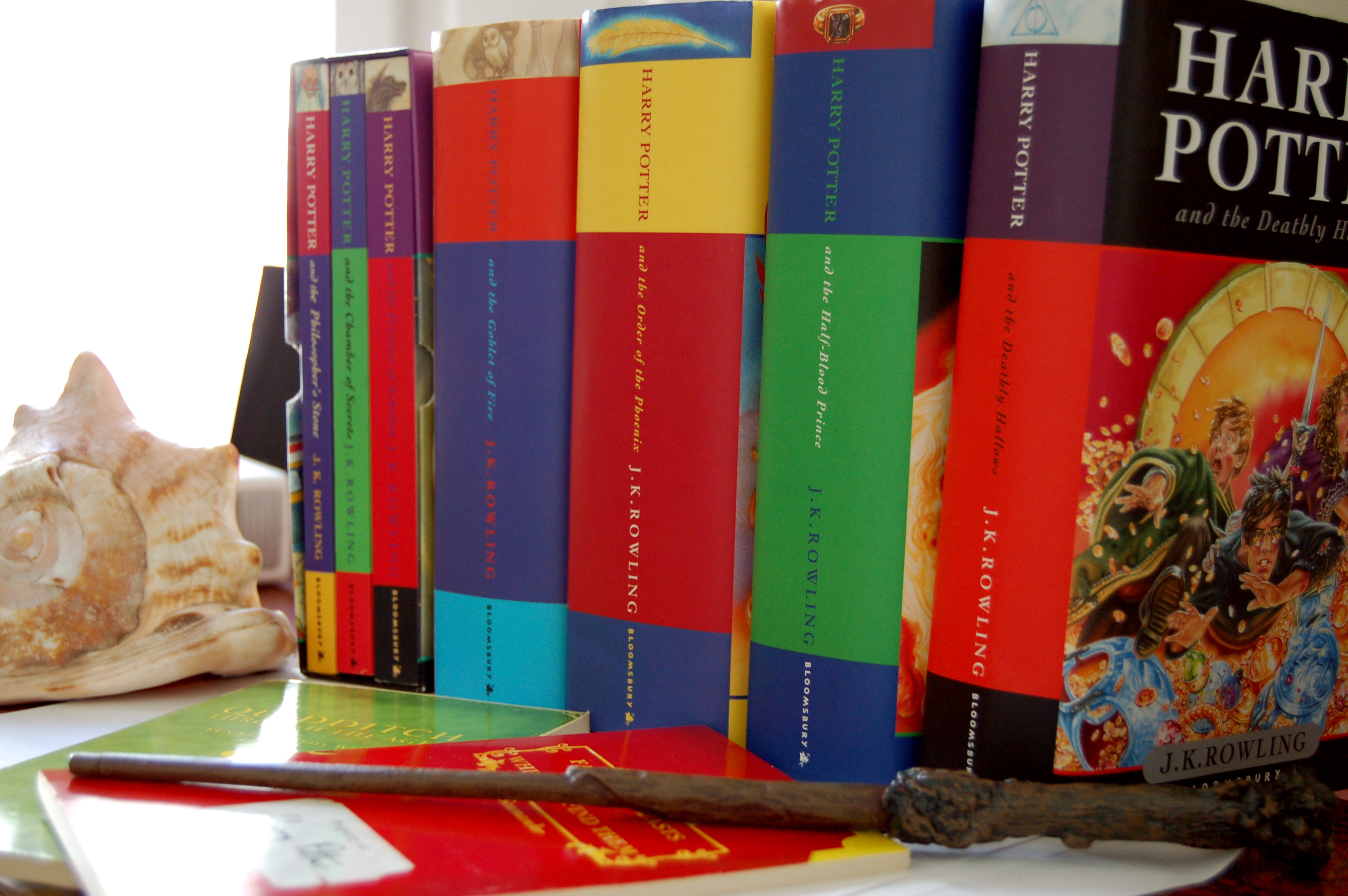 While traveling this month, I started reading J.K. Rowlings’ Harry Potter and the Sorcerer’s Stone, with the shameful, Americanized title. The book is properly known in the UK as Harry Potter and the Philosopher’s Stone. Given the Potter series’ popularity (six books and four movies), I had high expectations of the bestseller, but lowered them upon reading.

Coming from Northern Maine, where remain cultural ties to Canada and Britain, I quickly picked up on the mishmash of very British references. I’d say that Rowlings includes just about every magical or ghoulish creature known on the British Isles. The book borrows heavily from literary consciousness. The lacking originality, of plopping together concepts and creatures familiar to many generations of Britons, is astounding—unless her originality is humor. I take the book to be farcical, humorous in its plopping together so many creatures steeped in British cultural heritage.

I don’t mean to disparage J.K. Rowlings, who was penniless when she wrote the children’s book.

I found some reviews contemporary to publication, and a few are much less fanciful with the book than those written later. I agree with Danny Lee, who wrote in December 2000: “I can’t understand, however, why quite so much fuss has been made about the Potter books”. He compared the Philosopher’s Stone to Ursula Le Guin’s A Wizard of Earthsea, which also follows a young wizard in training at school. Continued:

Where Rowling reworks superficial popular ideas about magic in an ad hoc fashion, Le Guin constructs a fully-fledged, but consistent and coherent, world of her own: dragons in Earthsea, for example, are both an integral part of the imagined world and anchored to mythological precursors; for Rowling they are just a plot device appropriated from common cliche.

Publisher’s Weekly found the book to be a “delightful romp“. The Pittsburgh, Pa., Post-Gazette also praised the book for its “delightful fantasy” and good “humor.” The author “takes a well-worn formula of the fantasy novel and infuses it with fresh energy to craft a book that defies the efforts of any reader to put it down”.

Well, I get the humor part. Sorry, but I don’t find the book to be as delightful as most reviewers or to be as good as its praise. But I do laugh—again, recognizing farce that no lost episode of “Fawlty Towers” could ever match—and that makes Philosopher’s Stone good reading, just not the same way as so many other people have read it. I will say that if farce was her intention, the author is brilliant.