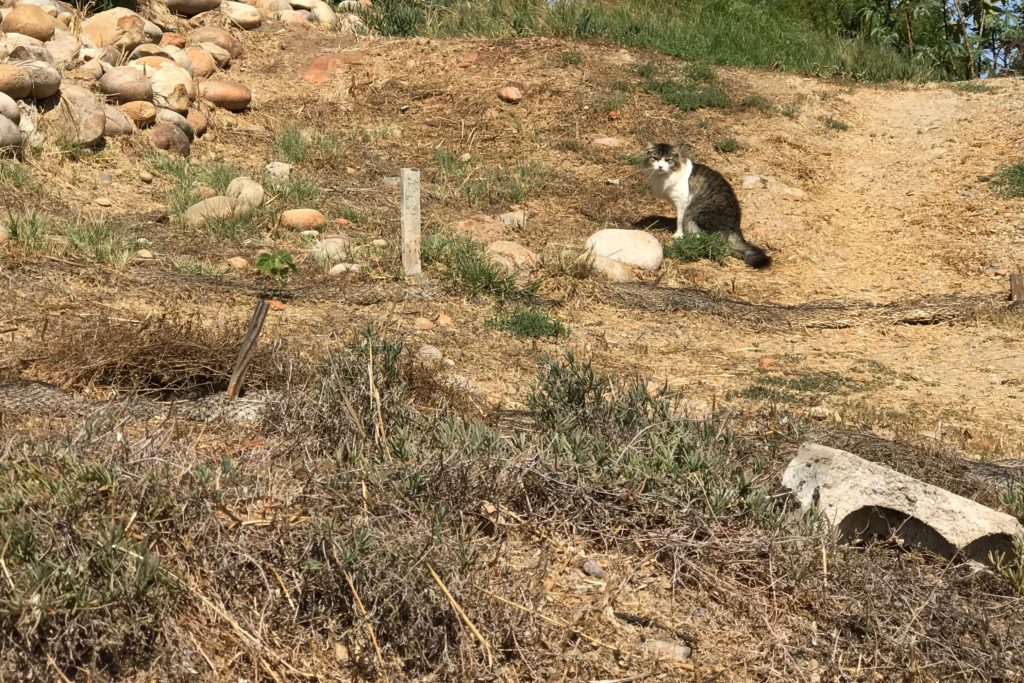 On a sad footnote, yesterday I saw on the Nextdoor social network that one of the neighborhood’s fixture felines, Booger, who was featured in March 2017, is gone. He was companion, in the same yard—a designated “Wildlife Habitat”—as Ash and Sebastian. Someone spotted him off the 163 entrance ramp, where he presumably was struck by a car. 🙁 My wife and I would often see him, and the other two furballs, when walking to the Washington Street bridge.

Editor’s Note, Nov. 1, 2018: At the request of a neighbor who cares for and fosters UH cats, I removed a second photo. Her reasons make sense to me. 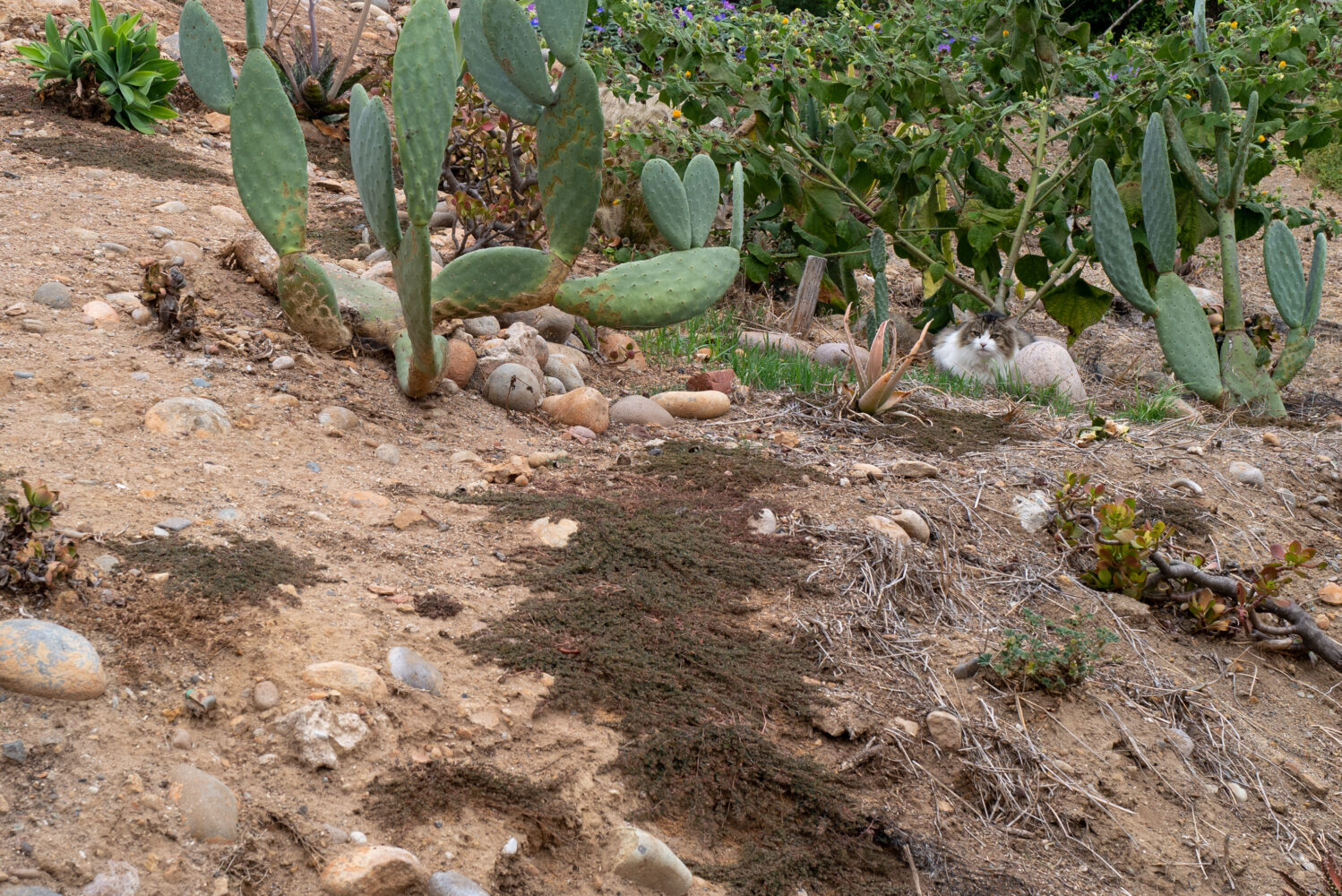 Editor’s Note, Feb. 28, 2021: This is late-coming. More than a year ago, the kitty’s caretaker told me that she calls him Johnny. He is the last living neighborhood feral that she cares for. Johnny and his dad were long-time companions before the senior passed away, which left the son moping and mourning for many weeks. 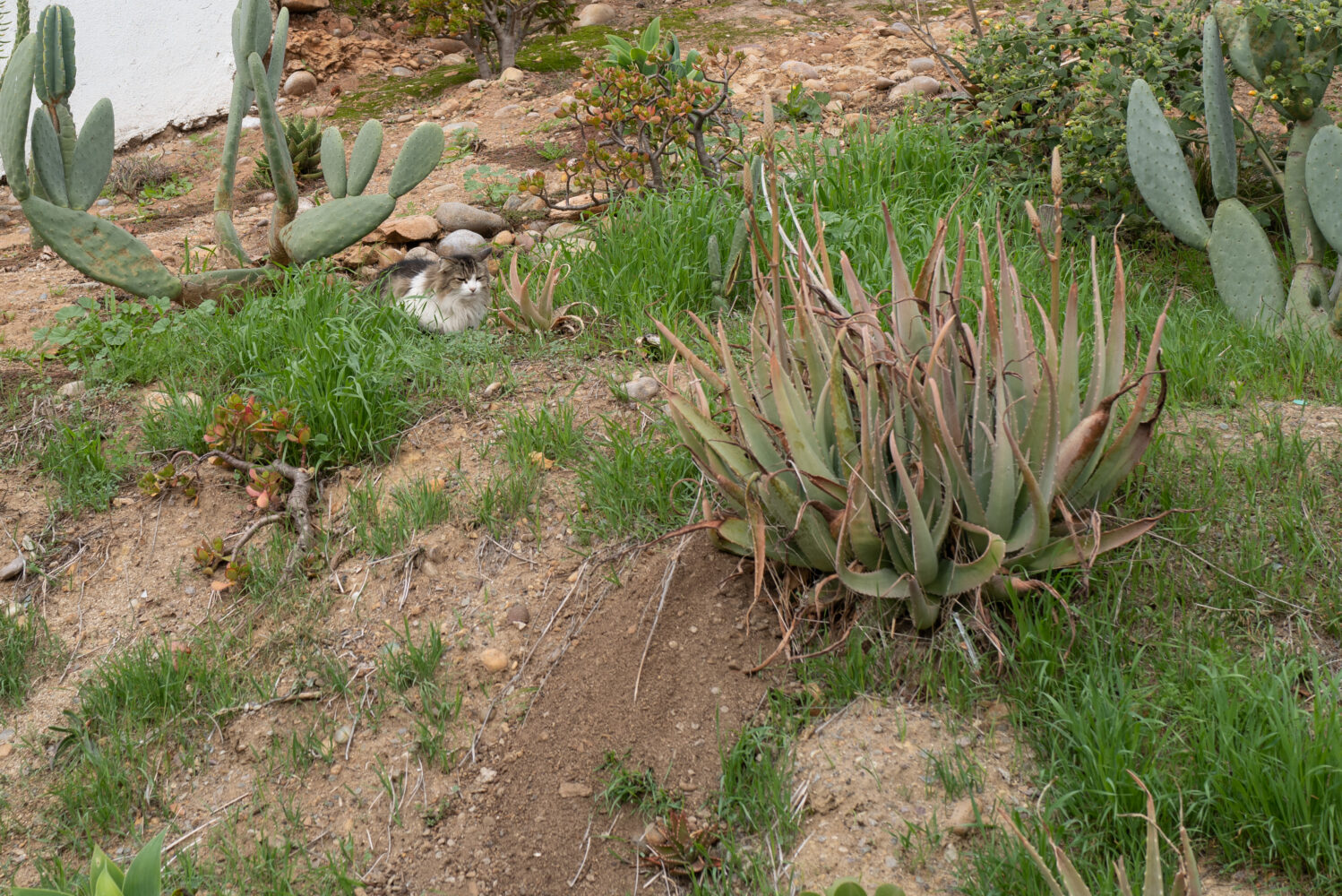 Update, Nov. 4, 2021: A few weeks ago, I spoke with Johnny’s caretaker. She decided to take him inside, which situation he didn’t much like. But he adjusted and is content being loved indoors rather than being a lonely elder cat living on the street.