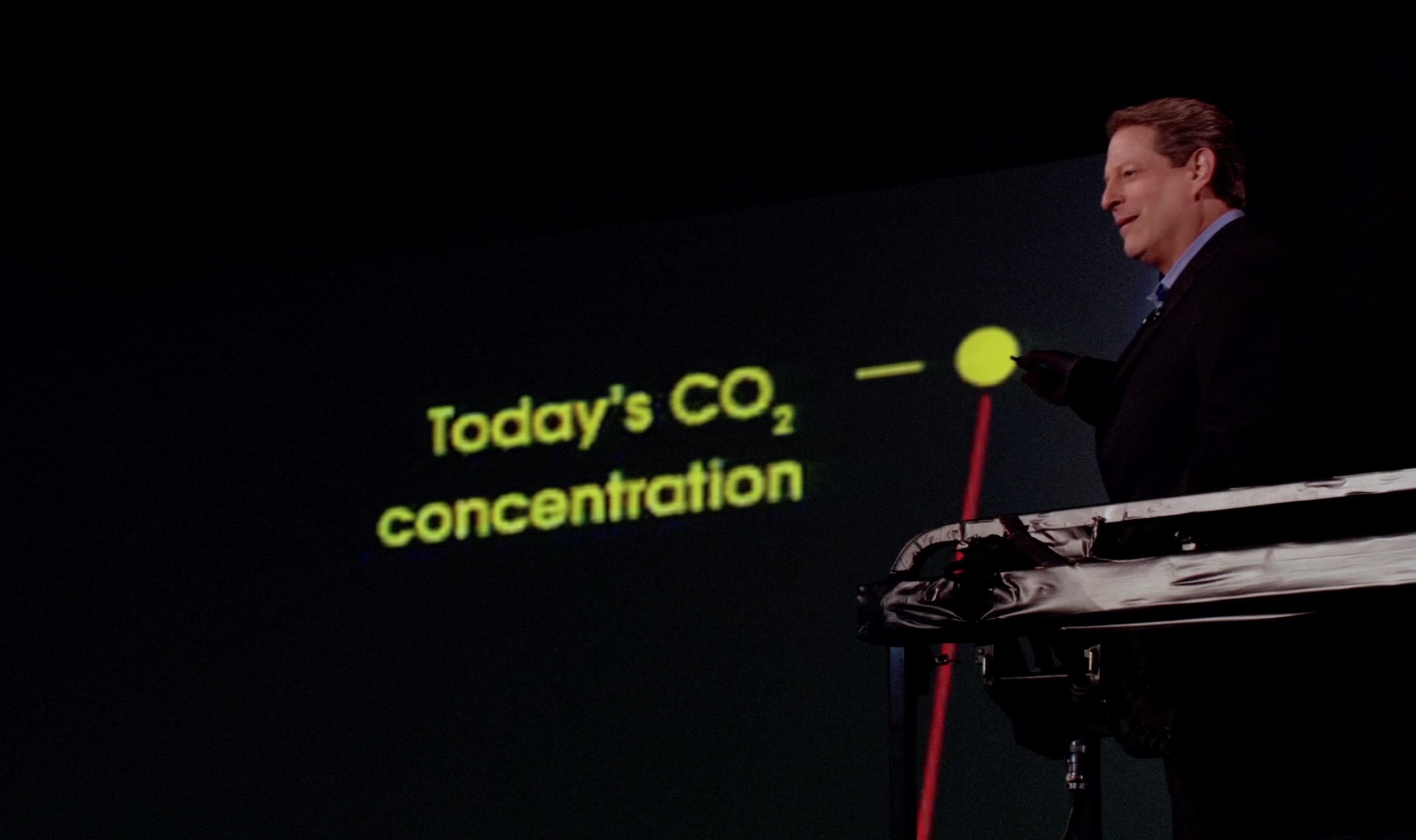 We simply don’t know enough, and it’s outrageously arrogant for anyone, particularly a scientist, to profess that we do know enough. Many, many factors influence climatic change, and it often happens over a long time. For all we know, the industrial revolution of the 19th century or, alternatively, the dropping of two atomic bombs on Japan are major causes of climatic change today. Nobody really knows. What’s that concept called the “Butterfly Effect?”

To Al’s credit, he used data quantifying actual events to draw conclusions. Unfortunately, he often: failed to identify source material; simplified some conclusions so much they became broad generations; and used time periods too short for accurately trending data. Far worse, he forcefully asserted that global warming is a fact and no theory. Al is wrong. Global warming is a theory. By following data backward 50, 10,000, or even 650,000 years, Al probably convinced many people global warming is in fact a fact. For a 3-billion or so year-old planet, 10,000 years is fairly recent history—and there was an ice age then. Even significant warming after 10,000 is too short a time to properly assess. And, as I surmise, if the Earth is like a biological system, its defensive mechanisms will dispatch with creatures like human beings.

Fifty-five million year-old ice reveals an ancient Arctic with an average temperature of about 23 degrees Celsius. Mother Earth has seen earlier warming trends, and she’s survived just fine. She’s even come back from a few devastating asteroid collisions—one of which may have annihilated the dinosaurs. Humankind’s future may be in doubt, which is certainly one good reason to care about greenhouse gases and warming. Mother Earth has survived greater hardships than us.

I really wanted this film to be moving, for the science to get to me. But there was more show than substance. Part of that show disturbed on another level: The movie was highly political, with clear indictments against the current White House administration and portrayal of Al Gore as a fallen hero seeking redemption for himself, his failed presidential bid and all humanity through his global-warming crusade.

This manipulative quality made me even more distrustful of the science. Nevertheless, I don’t doubt the movie’s positive impact on Al’s image. In some ways, the movie was a 90-minute political infomercial for an eventual Gore presidential campaign and, oddly, also for Apple Computer. Al carted a Mac notebook throughout the movie, and there were plenty of close-ups of his laptop.

If the former vice president really does benefit from the movie and become a pseudo star because of it, he might yet have one presidential run ahead of him. In 1992, the Democrats ran the Clinton-Gore ticket mashup matchup. I wonder if in 2008, there could be Gore-Clinton. I don’t believe Hillary Clinton is electable as president. But she’s got mounds more fundraising cash than probably all other Democratic hopefuls combined. She’s got the money and smarts, but maybe not the creds. Put her money and organization together with Al Gore and the Democrats might have a winning ticket with her as the vice presidential candidate.

OK, political distractions aside, “An Inconvenient Truth” did affect me. After this post, I’m getting off my skeptical science position. I’m still skeptical of global warming science, just lots less willing to say so. Global warming is too much a political issue and too many of the bad scientific assertions benefit established businesses and institutions that don’t want changes. The greedy or self-centered don’t need any more excuses to preserve the status quo.

I’m assuredly pro-environment and I fervently believe that we shouldn’t pollute Mother Earth. Taking from her but giving more back is humankind’s sacred trust, our sacred responsibility. Do you shit where you sleep, or eat? But that’s really what humans do by generating all this unnecessary pollution. I’m baffled why so much is invested in generating energy from oil, which requires enormous effort and expense to drill, process and distribute, when the sun beats down so much energy for free. Surely there are other, easier or more pragmatic choices than the ones human beings have made.

Al wrongly presents fact as theory. But that’s OK. The movie, and his lectures about global warming can raise environmental awareness—and that’s a potentially momentous benefit to all people and future generations. Awareness isn’t enough. People have to act. They have to change. Where Al Gore seems truly presidential is the attitude of public service, of working to benefit all people. In a nation so besieged by individualism, we need more people with their priorities in order—on the whole purpose, the benefit of all human beings. That priority is a fact and not theory. The nature of the universe is giving benefit to the greater thing that ultimately benefits all its smaller parts.