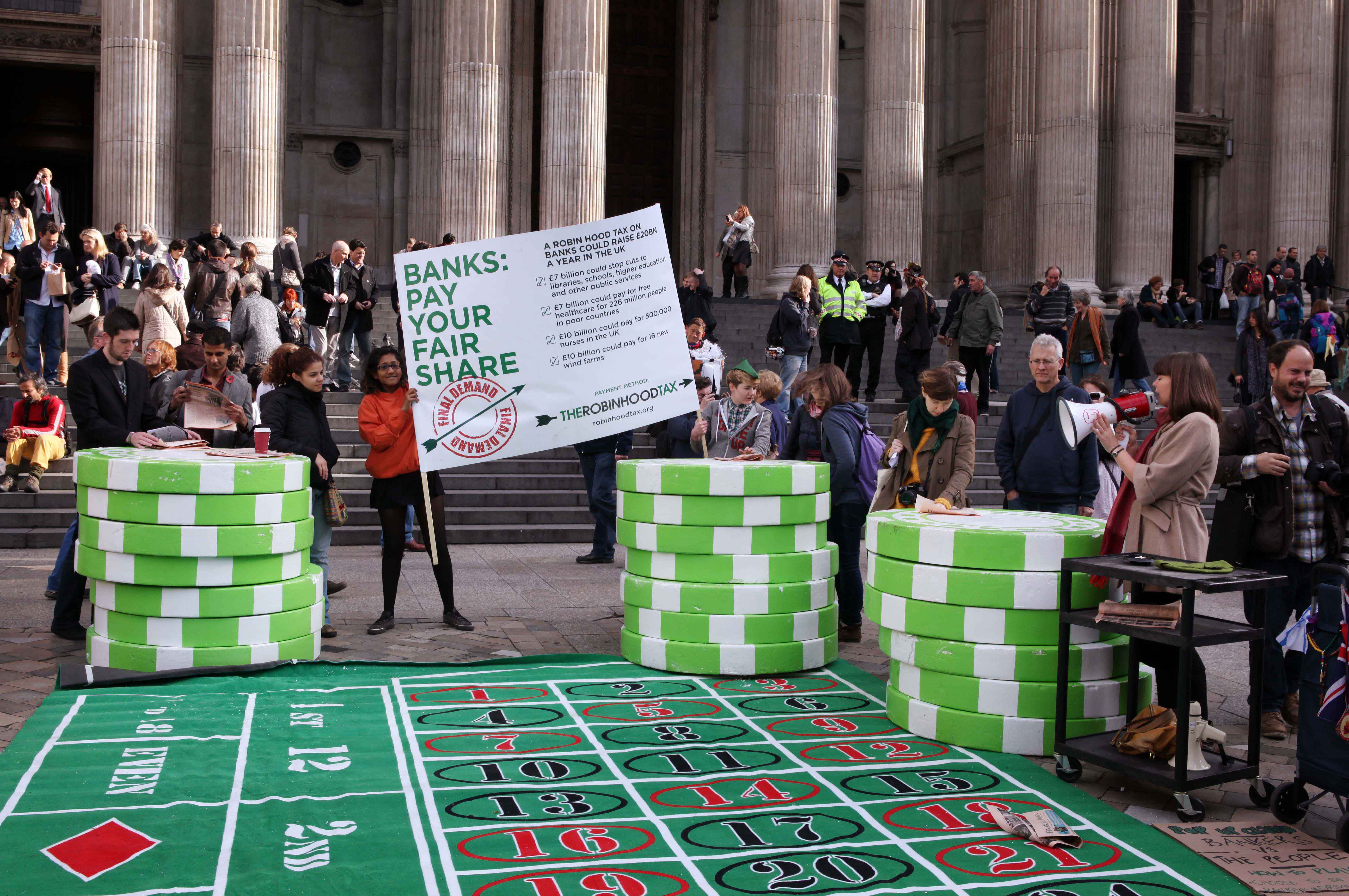 While I was flu-snookered last week, Rolling Stone issue 1099 arrived. It’s the third issue received since my resubscribing after more than 25 years. Amazon made an offer I couldn’t refuse: Half-year subscription for a buck. The writing is better than ever, although a contributing editor wrote the best story—”Wall Street’s Bailout Hustle“.

That best story is simply amazing. Matt Taibbi puts the mortgage crisis and subsequent government bailout in grifter terms (Seven different cons). Matt’s storytelling is exceptional, and he gives the crisis the rip-off context it deserves.

For example, about the “Swoop and Squat” con he writes:

AIG was the ultimate example of this dynamic. At the height of the housing boom, Goldman [Sachs] was selling billions in bundled mortgage-backed securities—often toxic crap of the no-money-down, no-identification-needed variety of home loan—to various institutional suckers like pensions and insurance companies, who frequently thought they were buying investment-grade instruments. At the same time, in a glaring example of the perverse incentives that existed and still exist, Goldman was also betting against those same sorts of securities—a practice that one government investigator compared to ‘selling a car with faulty brakes and then buying an insurance policy on the buyer of those cars’.

My quickie editorial commentary: The US government created conditions that allowed Wall Street grifters to rape the economy and then rewarded them through the bailout. The Fed kept interest rates too low for too long, creating conditions for the housing market to rise like yeast and burst the pot. The mortgages were like the carbon dioxide, which had inflated value while the yeast rose but dissipated later on.

I was mad before reading Matt’s article and even madder afterward. In a future blog post, I’ll wail about my disappointment with Barack Obama, whose administration should have sought financial reform before health-care reform. He has squandered political capital on healthcare that could have brought meaningful reform to Wall Street. Sigh, the grifters conned President Obama with the rest of us.