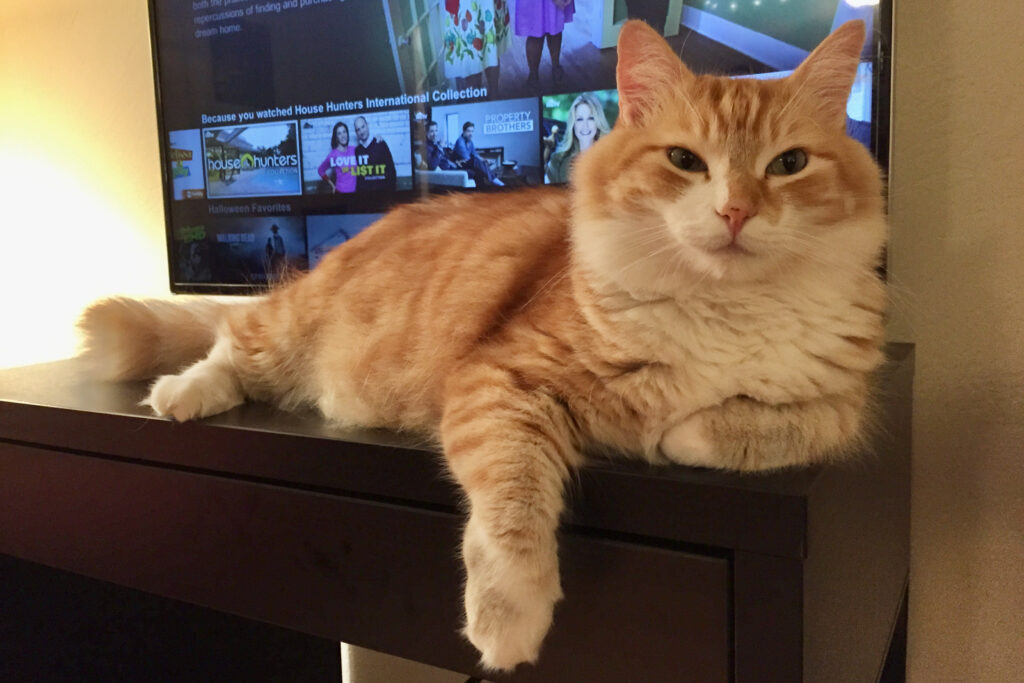 The apartment was strangely silent last night and darker than usual. Gone was the flickering light filling the center room as one of us scanned the program guide. A year later than planned, we dismantled the TV shrine and took back the living room from the false idol. Henceforth, we will worship at a different altar. Finally, I cut cable’s cord—IPTV, really, but we all call it the other, eh?

I feel anxiety and elation at the dramatic change, which allowed us to rearrange the furniture such that the living room is more open, more inviting, and more suited to entertaining real people. The television now resides in the bedroom, more for the benefit of my wife’s sleepless nights (the thing is narcotic). We’ll stream from Amazon Prime, Hulu, and Netflix primarily—haha, maybe even iTunes. I had planned Google Play by way of Nexus Q, but the search giant nixes that option.

A year ago, I was ready to cut the cord, but AT&T U-verse made an offer difficult to reject. My bill, with 24Mbps Internet service, was about $175 monthly. Cutting the cord would reduce the fee to about $65. A rep offered to let me keep all services, including HD and DVR, for $35 more a month—so basically what I had for $75 less. The catch: Agree to one-year contract, which expires tomorrow. I could try to renegotiate, but with my wife decided to ditch TV service and stream instead. The goal is to watch less but more meaningful stuff—what we choose rather than default to channel surfing, which isn’t that much different than a hamster spinning a wheel.

Television in the main room distracts from writing; I don’t have a large, dedicated office, just space to work. We’ll stream music to the Sony SA-NS500 WiFi Speaker and use my Grundig Satellit 750 for terrestrial broadcasters, like NPR station KBPS. The Sony device supports AirPlay streaming from Apple devices, and there is an Android app, updated just a few months ago. Music and talk radio is the new living room altar and hopefully a better place to be to write.

U-verse keeps my Internet service business, but not by choice. I was ready to switch to Cox, which would put the modem and router in the same room as the TV (might as well hardwire to stream, if possible). Cox would do the installation for free. But two technician visits later, the cable service is dead on arrival.

Five-and-a-half years ago, we had a Cox modem in the bedroom, which is where U-Verse first went (later moved to the living room, following problems using coaxial rather than phone line). The AT&T tech did something that rendered the connection in the bedroom useless—well, to his competitor. Cox would have to run new coaxial, exposed on the outside of the building, and drill through the wall, something the rental management company won’t permit (landlord is fussy about the facade, where all wires are covered rather than exposed).

So we’re keeping U-verse after all, for Internet, which means wireless connection for streaming, primarily from the three services identified above. I’m rather miffed at Google, which talks open access but walks the closed line. I need an Android device to access my purchased Play video content, which also should be available from YouTube but isn’t on the non-Google platform devices I have. Nexus Q is no longer an option, starting yesterday. Streaming in a browser is (cough, cough) 480p. I won’t buy or rent another TV show or movie from Play and regret every purchase.

There are a few TV shows not available from Hulu for which I may buy seasons in progress—or I can wait for them to pop up on Netflix for some gluttonous binge watching. What I really want is HBO Go ala carte. I’d pay even $15 a month just for the service, which today requires cable, IPTV, or satellite subscription.

Ultimately, the goal is to watch less and do more. I’m not alone. In April, Nielsen started measuring Zero-TV households—you know, cord cutters. There are 5 million in the United States. Now I’m one of them. Are you?