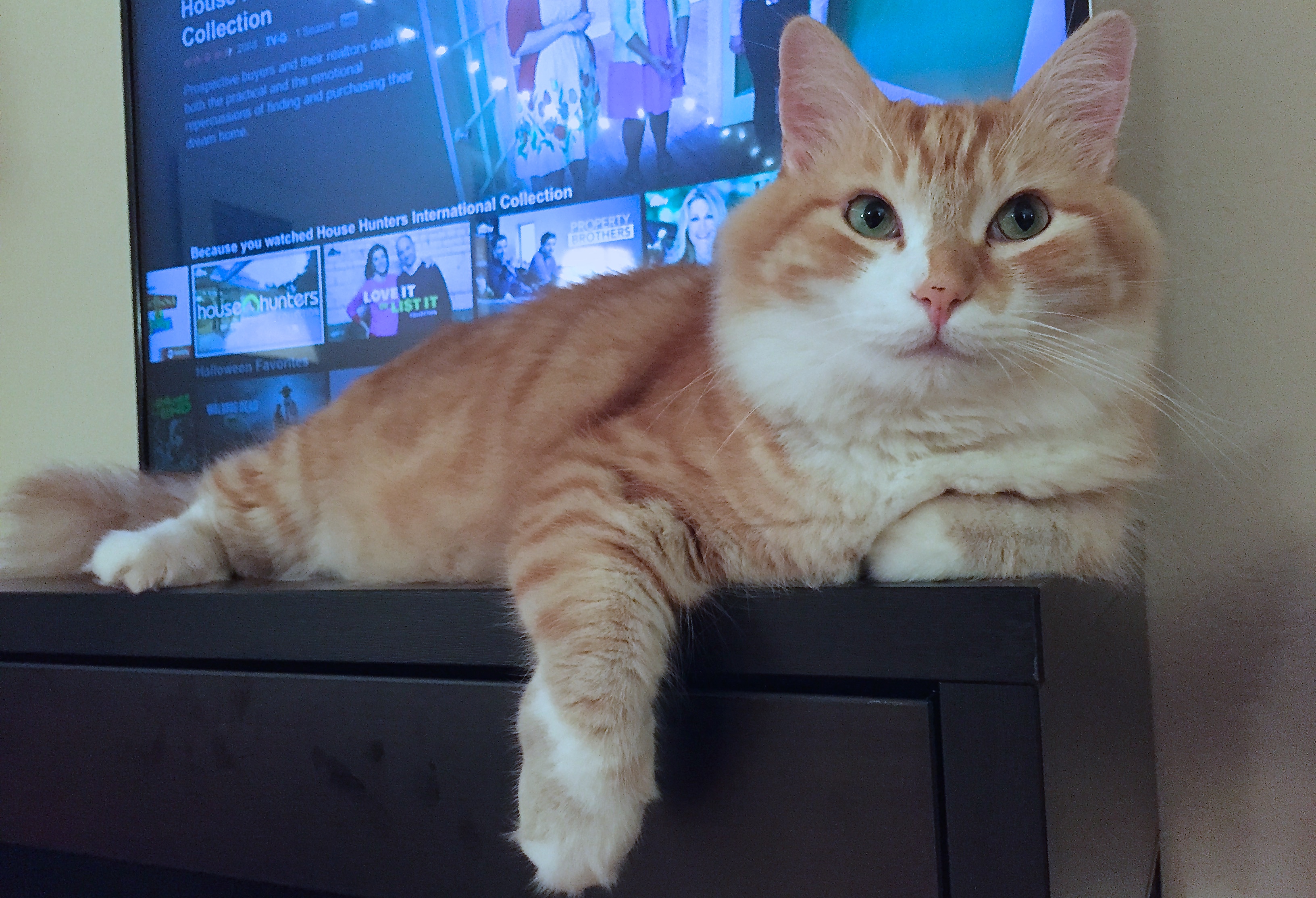 In July, connected TV service went dark in the Wilcox household, as we pulled the plug on AT&T U-verse and switched to Cox Internet. That reduced our monthly bill from about $130 to $59.99 exactly; there are no taxes or surcharges applied to the Net. Now Cox tempts with a compelling offer: Add local channels and HBO or STARZ, with no-cost HD set-top box for another $9.99 month. Installation is free, and there is no contract. Price is good for 12 months. Should we?

Cox promises 44 channels, plus either of the premium channels (I want HBO). But, realistically, that means 10, since we only watch HD, plus the “Game of Thrones” channel. We already receive five over the air using a Mohu Leaf 50 HDTV antenna, which I have to review.

I scheduled with Cox, while pondering whether to pull the plug before putting it in. Installation is scheduled for Halloween morning. So I have a few days left, and after initially thinking we would get lots of value for the extra 10 bucks a month, plus taxes and surcharges, doubts creep in. Doubts grow as installation day approaches.

Adventure Begins
Our newest cord-cutting endeavor started with 50Mbps Internet, which Cox promises to double this month for free. Already, I see 75Mbps wireless, which is damn satisfying, although I care more about uploads, being a content creator. We connected Apple TV, Chromecast, and Roku 3 to our 42-inch Sony Bravia television, before selling it in early August. I used some of the proceeds to buy a Korg electric piano, and, because of the vintage, had a little money leftover.

We sold the television as a life-reclaiming exercise. In the 12 days between cutting the cord and dispatching the tellie, my wife and I easily switched to Amazon Prime, Hulu Plus, and Netflix as our primary entertainment sources. I’m guilty for gorging YouTube and Vevo, too, among other content sources. We let go half the set-top boxes with the Sony, keeping Chromecast and Fire TV, which arrived for review just a few days before the sale.

Dispatching the TV “Shrine” in the living room liberated us. My wife claims to read much more, and we both dramatically decreased how much time we spend sitting on our asses watching videos and much more up on our legs doing stuff. But when we do watch, on separate iPad Airs, we are just that. Separate. That’s no good. She also missed the big screen, which entertained my 92 year-old father-in-law, who occasionally watched movies with us.

So in early October, we considered bringing back the television—but one much smaller—and debated on size and price. On October 8, Best Buy offered what looked like the deal of the year: 32-inch Insignia 1080p TV for $179.99. What’s not to like about that? Two salesmen said that Insignia is the house brand, and that this model probably uses last-year’s LG parts.

Down went the credit card and up went the TV, on a $30 desk found in the IKEA “as is” department. The screen quality really impressed, but the audio, which was muddy, greatly disappointed. I also discovered some defect in the analog audio outputs. They wouldn’t work with external speakers, and after examining user manual and online forums, I was convinced there was no user error.

Re-boxing and then returning the Insignia was a real pain in the ass, and the local Best Buy had sold out. We could have driven to another store for exchange, but once burned by the house brand was enough. My wife was resigned to give up, but I wasn’t: “Let’s go at Costco”. I only intended to look, to get ideas, in case we wanted to buy from Amazon.

But something on the shelf appealed: 32-inch Vizio, also 1080p, with one more HDMI port than the Insignia, and 120Hz instead of 60Hz. The on-display M322i-B1 model was $225 rather than $299.99. Sold! We took the television home and love it. The smaller size is perfect. Our living room is no longer overwhelmed, and because we changed our habits during the previous two months viewing time remains about the same as when we just used the tablets.

I never thought much positive about Smart TVs but must say that the built-in services have largely replaced the Chromecast and Fire TV. The Vizio serves up Amazon and Netflix from buttons on the remote, and other streaming services are easily accessible.

The Truth is Out There
The Smart TV capabilities are timely, with unexpected benefit.

Two weeks ago, while eating lunch together, my daughter asked: “Have you heard of The X-Files?” I had to laugh. The TV show, which helped launch the FOX network, debuted the year before the 20 year-old was born. She was conceived 25 days after the Sept. 10, 1993 debut; on a Sunday, when there was no Fox Mulder and Dana Scully adventure to watch. My daughter wouldn’t remember, but I’m sure there were some Friday nights she bounced on my knee during The X-Files season 2 in autumn 1994.

Engaging my Millennial in something other than her phone during a meal is a task, but she was all chatty about The X-Files. Could there be alien life? What about government conspiracies? She and friends discuss these and other topics because of the program, and she wanted my opinions.

Now I’m rewatching the series, but from Amazon Prime; she uses Netflix. I read online that the signature “The Truth is Out There” is missing from the Netflix streams, as well as subtitles. I confirmed it.

The other night, my daughter texted asking: “Is there a way for me to watch it on Amazon? There’s no subtitles for when people speak other languages. Reviews said it’s important to know what’s said”. She could sign up for Amazon Student Prime, free for six months. Problem: She watches on a 13-inch MacBook Pro with Retina Display, and, in my experience, Amazon streams in low quality, 384kbps. This is common problem, and she and I both have it at our different residences. I get low quality no matter what computer and whether using either U-verse or Cox.

She has a TV, which sits on the floor collecting dust. My daughter hasn’t used it since moving to her new place in June. She just streams Netflix to the laptop. The plan was for her to use the 22-inch television with my Fire TV connected to her WiFi and using my Amazon Prime account. Today, the retailer announced Fire TV Stick, which sells for $39 but is discounted to $19 for two days. She’ll get that instead.

Somehow this all circles back to the Cox decision. For reasons I can’t explain, my regular TV shows dissatisfy. Is it an age thing, where multi-plot lines don’t appeal? Storytelling is too much the soap opera? Or are expectations elevated, or fussier. Blacklist still has me. But I find Revenge, Resurrection, and Scandal, for example, to be predictable but outrageously convoluted and contradictory. How to Get Away With Murder started off with promise but is boring, even though the forward-backward storytelling begs to be interesting.

So when I look at those 10 basic channels, none really appeals. Hulu gives me everything but CBS, but that’s the network watched least. Of the shows for which hope remains—”The 100″, among them—free streaming is available. But HBO is really tempting for the extra 10 bucks a month. Or should I stay pure, and keep the cord cut? I’ve practically answered my own question writing this post.

Update, October 29: I cancelled the Cox installation. The Wilcoxes will keep the cord cut.