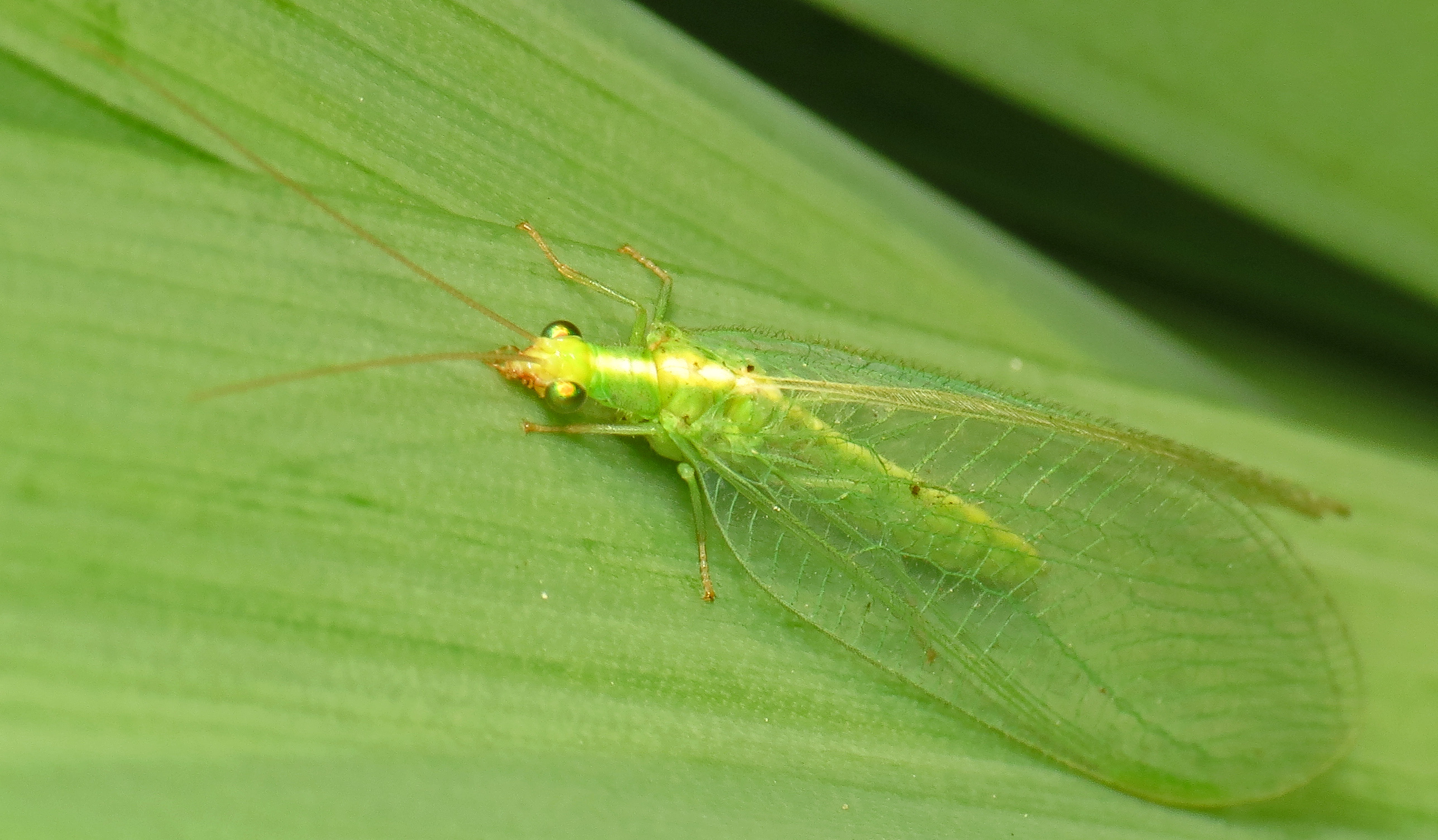 Happy St. Patrick’s Day! Surely, this isn’t the green photo you expected. But I couldn’t resist this wonderful closeup (e.g., Macro shot) taken with little more than a digital compact—Canon PowerShot SX40 HS, which zooms from 24-840mm. Yikes! Meet the lacewing, one of my favorite insects growing up in Northern Maine.

The Common Green Lacewing, or Chrysoperla carnea, is found on the “daffodils in the park”, Martin explains. “C. carnea used to considered as a distinct species but more recent work has shown that it is made up of a group of ‘sister species’, which look alike but can be distinguished mainly by their vibrational courtship songs”,

Now, for those of your more interested in St. Patty’s Day, Leprechauns, and the luck of the Irish: They say that if you ever get to the end of the rainbow, the pot of gold will be at the other end.