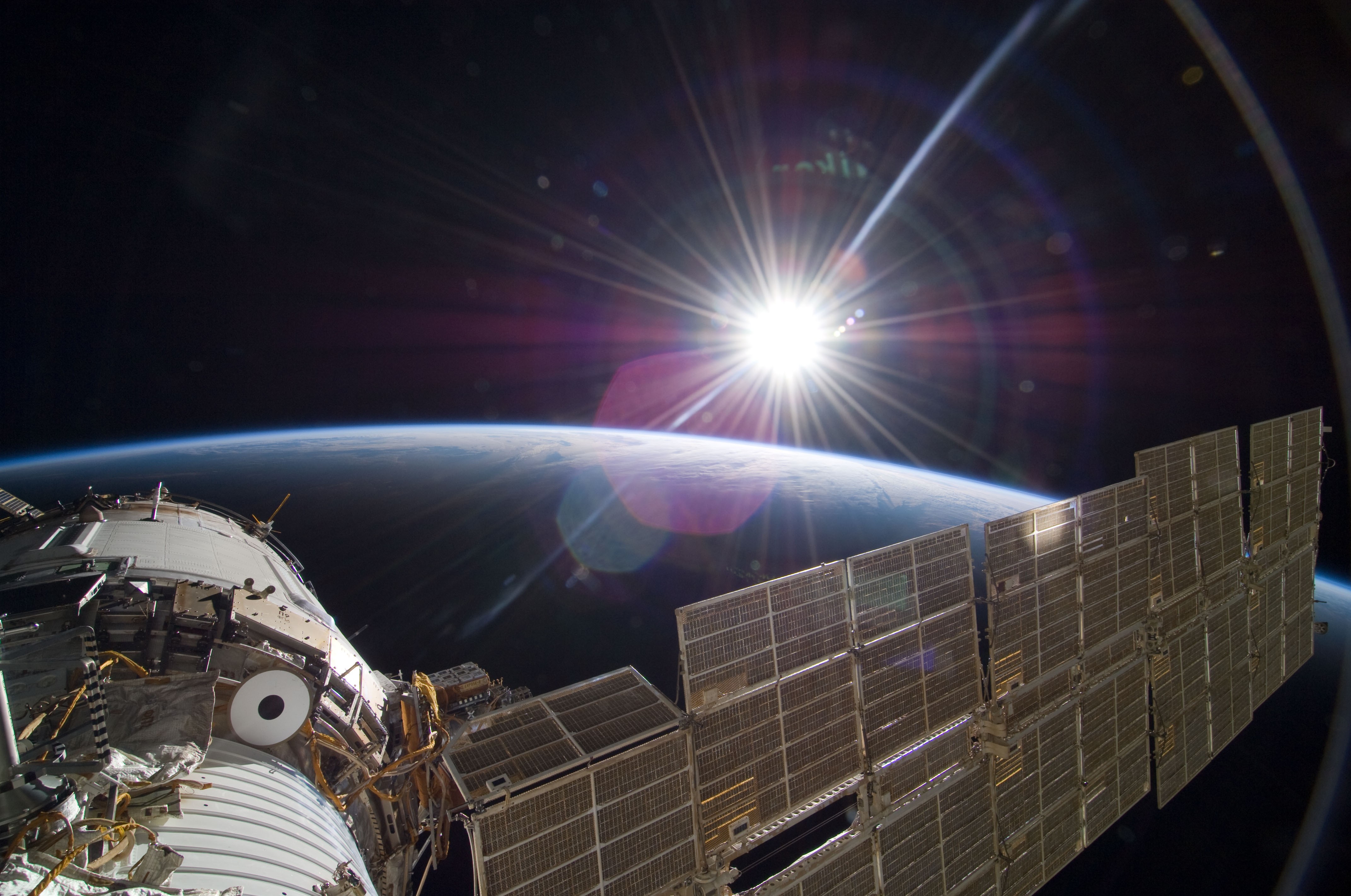 In making today’s selection, I set out looking for a dramatic view of our planet—perhaps surging storms below. But self-titled “Sun Over Earth” wins the Day for composition, perspective, and sense of being there.

My pick means to draw your attention to the One-Year Mission that started in late March 2015 around American Astronaut Scott Kelly and Russian Cosmonaut Mikhail Kornienko. Scott has a twin, also an astronaut, Mark, who will participate in a separate study comparing physiology and other attributes between the men. The collected data is expected to be useful for future long-term exploitative missions, including trip to Mars or permanent station on the Moon.