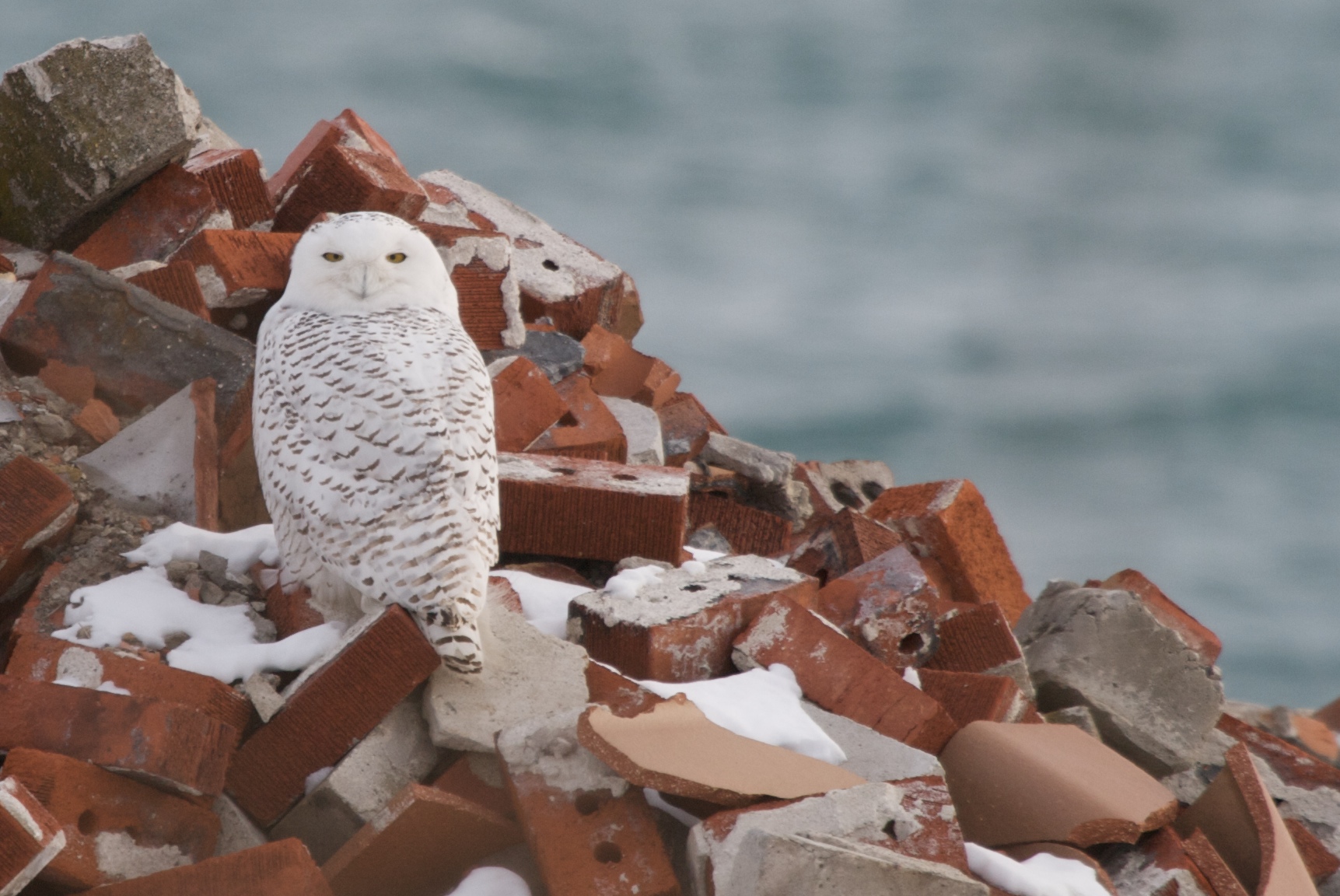 When choosing photos for this series, I weigh many considerations, such as: Image quality and appeal, composition, and story behind the image or the one about the shooter. Today’s selection is soft and doesn’t represent the high IQ typical of Matt MacGillivray. But it’s a great shot superbly composed (or cropped) that is interesting. Bird and bricks? WTH?

He describes the shot, taken while on a walk:

I noticed a weird piece of snow off in the distance. A quick look through my binoculars proved otherwise; it was a snowy owl. I kept my distance and stayed on the road, stopped for about 5 minutes to take a few pictures and moved on so as not to interfere with its hunting. It was inspiring to see such a beautiful and powerful bird.

Matthew encountered the bird in Toronto, Canada, which is where he lives. Cornell’s main campus is in Ithaca, New York, which is about 400 km to the East. I spent a couple wintry months there in the early 1980s. The agricultural college within gives the Ivy League university a character unlike the others. Earthier. Less pretentious. The gorge cutting through the campus is gorgeous, as are nearby waterfalls.

Matthew says working for the lab is an “amazing honor, and I’m enjoying every minute of it…I enjoy photography after my day job. It’s a hobby that gets me outdoors, and keeps me thinking while I am around the city”. He joined Flickr in April 2005.