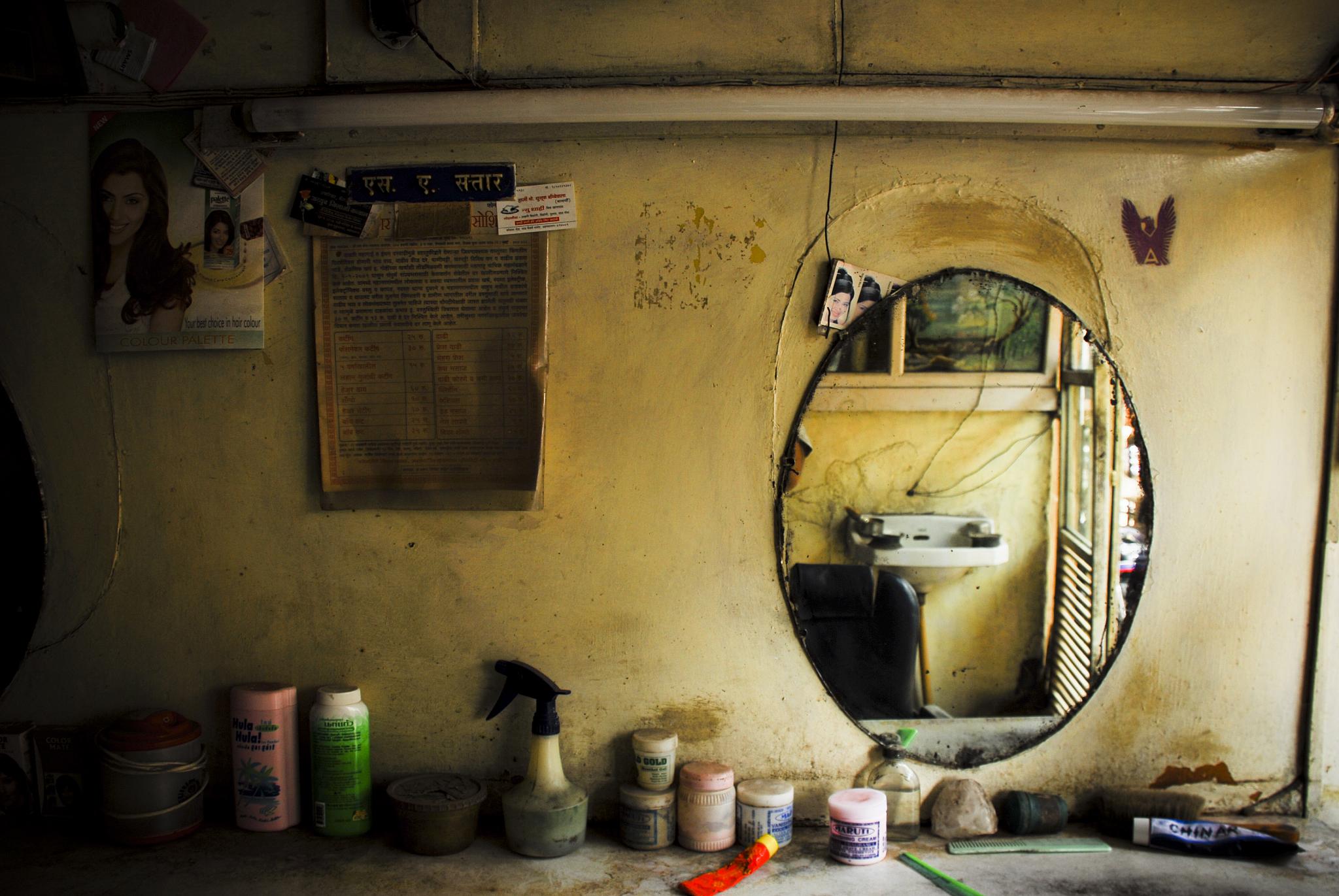 Akshay joined Flickr in November 2004. While active on the service, you will find more photos on Instagram. For a sense of his storytelling style, he writes about self-titled “Barber Shop”:

As I enter the men make space for me, bunching up together almost by reflex and one of them hands me an old issue a film magazine. Stylized posters of popular Bollywood actors and screen starlets adorn the walls. Barber shops often become tiny Meccas to Indian film culture and the sense of style derived from Bollywood or the local cinema. If a film becomes a ‘super hit’ fans want to emulate their favorite stars’ hairstyle. It is a place for music and entertainment as well. No shop is complete without an old pocket TV in a corner or a grungy loud cassette player or a small portable transistor radio.

In 2009, Akshay confounded Blind Boys, self-described as “an independent webzine which looks at photography in South Asia in a collaborative, critical, curative, and independent manner”.