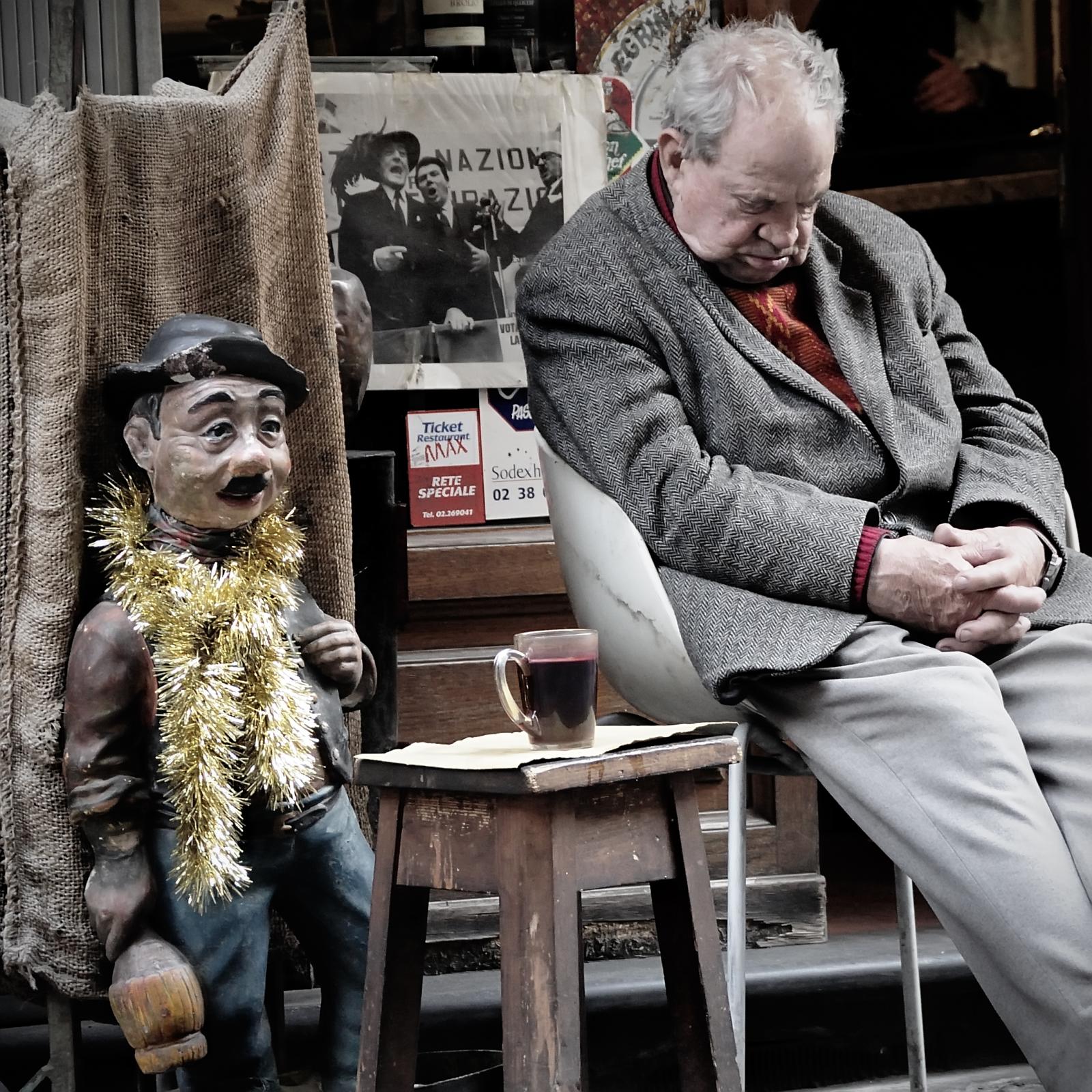 Sometimes the best photographs capture the shooter’s mood. On March 18, 2009, Jano De Cesare felt uninspired about his camera work “maybe because I had little time to shoot, maybe because I just chose bad subjects in bad conditions”. But “I obliged myself to a photographic walk through Florence today and ended up with this picture”, which he captured with Nikon D300. Vitals: f/5. ISO 1600, 1/30 sec, 70mm.

There’s a sleepy sadness about self-titled “Old Glories”, which takes the Day for composition and subject-matter. “I liked the little statue that seemed to be looking after the old man, filling his glass with wine at any occasion while he took a deserved nap after a life of efforts”, Jano says. “The bare vision of this scene encouraged me to enter the bar and have a glass of red wine!”

Jano is not currently active on Flickr, which he joined in June 2008. He married Valentina Rosas two years ago today. Happy Anniversary! The couple has one child and live in Florence, Italy, where he is a MD.