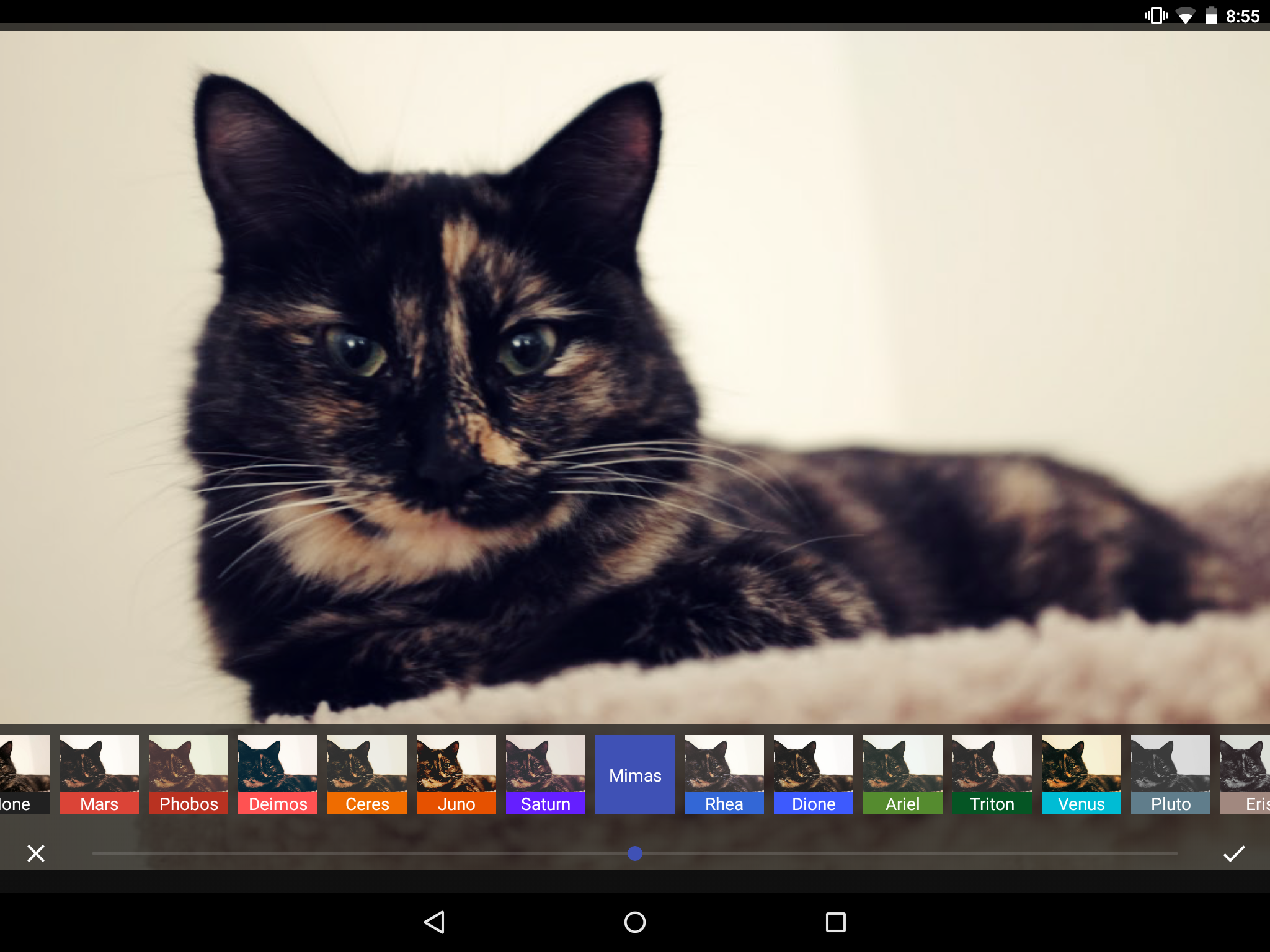 Google Photos is more than an exciting—and hugely transforming—new product. The app/cloud service is a metaphor for an escalating mobile business model that, with perhaps the exception of Facebook, no competitor has the capacity to match.

Users gain tremendous time-saving utility, such as the ability to meaningfully search using innocuous terms like “dog”  or “Washington”, all without the need to manually add metadata tags by way of applications like Photoshop. Meanwhile, Google gets access to quantifiable information, in the image and accompanying metadata, around which to sell advertising and related contextual content or services.

Means to an End
In 2005—that’s right a decade ago—I explained Google’s business model in terms no else used; then, at least. In a Microsoft Monitor analysis archived here: “Google no longer is just a search company, if it ever really was. Search is really a means to an end, and that end is the access to information..Google’s ambitions would appear to be much larger than search. Looks to me like the company wants to catalog and access all information, regardless of who creates it or where it is stored”. The goal, of course: To monetize information. That’s the end where search leads. But the explanation isn’t that simple.

Context and informational utility define the three major computing eras. IBM led the first, established around mainframes, which provided large businesses greater utility to catalog and act upon information but within the context of the workplace. The PC made more information available to smaller businesses, educational and other institutions, and every-day consumers in broader contexts.

The contextual cloud computing era, which often is misidentified as post-PC, takes information from the desktop confines and puts in it in your pocket—or makes it available anytime, anywhere, and on anything in changeable contexts. For example, no longer is your role defined by location. You can go from parent to product manager without leaving the couch or rushing back to the office.

With respect to cost, mainframes sold for millions of dollars, which was prohibitive for the masses. PC hardware and software could be purchased for thousands, broadening informational utility around documents and spreadsheets to hundreds of millions of people. IBM profited from the first; Microsoft and partners from the second.

By contrast, Google’s business model is one of the most disruptive ever conceived: Give away for free what competitors must charge for, while largely profiting from goods that someone else produces and which can be used without payment. Search is the means of getting that information, whether combed for free on the web or generated by people using products like Gmail, Maps, and—surely you guessed—Photos.

Mobile Me
That the service’s centerpiece is a mobile app for either Android or iOS (yes, PC web browser works fine) is no coincidence. Google recognized long before most high-tech companies the importance of mobile. Several of my BetaNews analyses from 5 years ago explain where the company was headed, particularly with respect to mobile: “Google is a dangerous monopoly—more than Microsoft ever was” and “Apple and Microsoft beware: Google will be an unstoppable force in mobility“. They provide valuable context, if you have time to read. Briefly excerpting from the second post:

The company is rapidly pulling together numerous, seemingly disparate products and services around offering a mobile lifestyle. Google’s major focus is no longer search. The company has clearly made mobility the top priority, extending from existing customers using search or other Google services. Google has a huge advantage over competitors, which customers pay for something. Google customers largely consume free services, around which Google makes money from other stuff, such as advertising and keyword search. So Google’s customer-loss risks are less even as it disrupts competitors’ businesses and snatches away their customers.

A half-decade later, there are good reasons why the European Union’s Competition Commission investigates Google’s mobile dominance, connected to search and other services. During yesterday’s annual I/O developer conference, Google made some startling claims:

Search and advertising are conjoined, and their relationship is tighter still around mobile devices. According to Juniper Research, global mobile advertising spending will reach $51 billion this year, more than doubling to $105 billion by 2019.

Mobile devices are much more personal than PCs, for numerous reasons, such as being constantly carried or being hubs for communications and accessing contextually-relevant information. In transitioning its business from web-based keyword and related advertising, Google should:

On the latter, if Google doesn’t get the info, Facebook will. The social network collects terabytes of personal data every day that is advertising actionable, Other than Amazon, no Google cloud competitor collects more personal information than Facebook. People give it away in Likes, posted photos. status updates, and more.

No Rival
If Apple had released Google Photos, web writers would be gaga with praise. The service is potentially enormously disruptive to every other photo-sharer. If I wasn’t committed to the “Flickr a Day” project, I would cancel my subscription to the Yahoo service. Google Photos is exceptional, starting with the price. Users can store an unlimited number of photos, each up to 16MB in size, and maximum 1080p videos for free. Paying storage customers can remove these overly-generous restrictions.

Google Photos meets the criteria set by my eight Principles of Disruptive Design. Successful products must:

The product hides complexity and emphasizes simplicity by, for example:

I sure felt happy rediscovering my years of backed-up mobile photos today. The service is fast and fluid in desktop browser or Android app (I don’t have an iOS device for testing). Human? This thing is personal but familiar enough and functional. Search allows you to find what matters without tagging, and the experience sure beats Apple, Microsoft, and Yahoo photo services. For free. Apple and Microsoft charge $240 and $84 per year, respectively, for 1TB storage. OneDrive also adds Office 365.

Google Gets
Circumspectly, let’s finally identify what Photos means to Google: More information mining and search as a means to an end. The photo finding utility that the company provides to users also benefits its own information-gathering efforts and services that are provided to advertising and other contextual partners. Then there is the rich metadata the mobile phones or digital cameras collect, like location.

Think actionable advertising that is contextual. For example, the information giant detects from photos that you wear Adidas sneakers. Lookee! While shopping at the mall you receive a Google Now card on smartwatch or smartphone alerting to a sale on the brand at one of the stores. Now that the company has opened the platform to third parties, such a scenario is achievable.

Google could tie advertiser compensation to Android Pay rather than or in addition to clickable link. User receives contextual Now notice at mall, then she buys new Adidas sneaks using the mobile money app. Google connects the two events based on time from the alert and geographic location; the advertiser is appropriately compensated.

Consider another scenario. Teenage girl snaps photos of outfits she is trying on and sends them to friends. While in the throws of indecision, she receives a Google Now notice informing her that another retailer, and one who is a Big G advertiser, sells shirt and skirt for less. Or, if the store advertises online with Google, she is sent an instant-discount coupon that tips her to make the purchase.

Only Facebook has the utility to be so granular in the personal data collected than what Google can get from your online activities around Gmail, Maps, Search, and related services—and more. But FB mines behaviorally-rich activities that Big G gets somewhat from its Plus social network but nowhere as many mainstream users.

Adding Photos to its other information-gathering services means more freely-given utility to users and advertising actionable data for partners. It’s true photos that auto-backup are private. No one sees them unless you allow. But Google gets access to them—otherwise they couldn’t be automatically enhanced, organized, and primed for search. Everything that your personal pics reveal, either directly in the metadata or overtly by sophisticated algorithm, can be useful to Google. That’s the price you pay for the benefits—of which there are many.

Mobile is all about context. Context is in Google’s corporate DNA as a natively cloud company that wraps advertising around search keywords. Photos is bold. Photos is brilliantly executed and builds from what I will call the Google+ field test. Consider all those inhabitants of the so-called, ah, ghost town as guinea pigs at worst, beta testers at best, bringing Photos to the masses.

Free undermines competitors. Context and utility satisfy users. Data collection makes money for Google and its partners. Your personal pics aren’t just meaningful to you; they are, en masse, a hugely valuable commodity. That’s the truth about Google Photos.