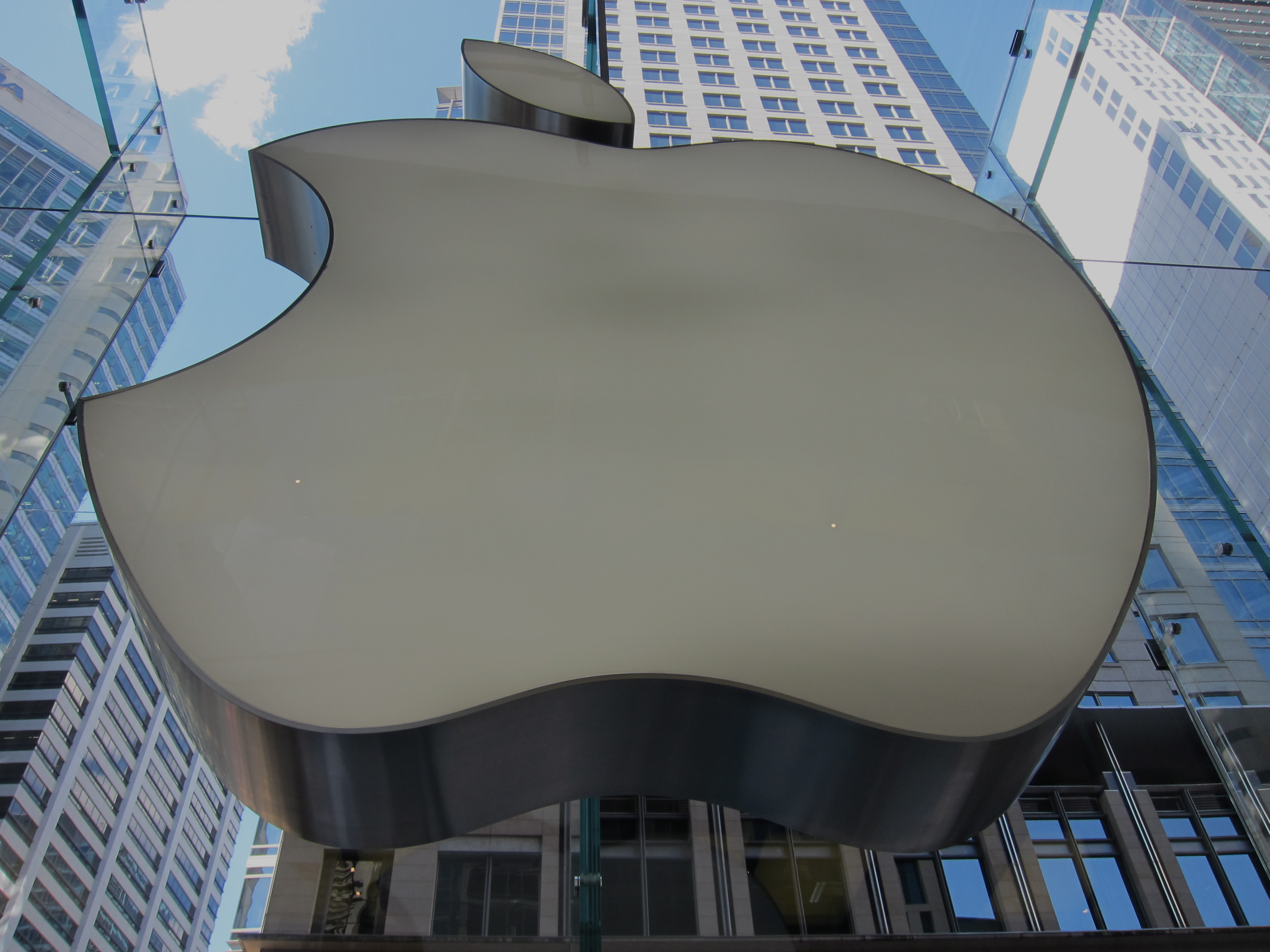 If Apple’s streaming music service launches tomorrow at WWDC and is branded with the company’s name/logo, look for broad naming changes ahead. My guess, and it’s only that: the lower-case letter before products like iMac or iPhone will disappear; over time. Under CEO Tim Cook, the branding strategy differs from Steve Jobs. That’s sensible considering where the company is today compared to 1998 when the cofounder introduced iMac.

Apple Watch foreshadows the new nomenclature. Contrary to months of iWatch rumors before launch, the device is identified by sound as Apple Watch, but what you see is the company’s logo, which is one of the most recognizable brand icons ever created. If Apple Music turns out to be more than just streaming, but the replacement for or displacement of iTunes, consider that as sign of future naming conventions to come. If I am mistaken—well, Apple should do what I predict.

Why “i” is “I’
The “i” before Apple products was brilliant marketing for its day. Remember the context. When Jobs returned to the company and, in 1997, assumed the role of interim CEO, the core Mac business was way down while Windows was way up. Quarterly losses mounted, and the brand had fallen into obscurity, except among select professionals and the so-called Faithful, who stuck by Apple with cult-like adoration. The grammatically incorrect “Think Different” advertising campaign sought to build brand identity among the creative rebels who were once Apple customers during the mid-1980s to the early 1990s. The “i” before iMac sought something else.

In popular folklore, the lower-case letter before the computer’s name and other Apple products that followed represents Internet. When introducing the all-in-one PC, Jobs said: “iMac comes from the excitement of the Internet with the simplicity of Macintosh”. He also identified other “i” words: individual, information, inspire, and instruction.

But the meaning from a marketing perspective is more profound, because what you see is different from what you hear. iPhone is lowercase but you hear “I” phone. Uppercase as in my or mine. Me. Think of the connotations with respect to book I, Claudius. The “I” as statement of self, of something important. Similarly, the name may read iPad but what you hear is I Pad—as in my Pad. I is very personal; possessive. Its use fit into Apple as a company looking to remove the complexity from technology and to make products that were more personal.

Personal—as in belongs to you—is the defining design characteristic of every product Apple produced under Steve Jobs. Iconic iPhone is by far the best example. Proximity and orientation sensors matched with the capacitive touchscreen made the smartphone more human-like, because it responded to you.

The Logo is My Bond
That was Apple under Jobs, who is gone (hopefully to a better place), during the era of the Windows hegemony. By the time of his passing in October 2011, Apple was on a dramatic, upward financial trajectory leading to staggering profits lifted by iPhone. During fiscal 2015 first quarter the company reported $18 billion profit. Not revenue but earnings! For Q2, the company’s net income was more than two-and-half times Microsoft’s and 3.8 times that of Google. iPhone accounted for a stunning 69.4 percent of revenues—that’s up 57 percent from 12 months earlier.

Apple’s brand is no longer obscure but status quo, and the recognizable logo is a marketing asset that new products can capitalize on. For the smarwatch, the importance cannot be overstated. Most of the company’s products prominently display the logo for everyone to see. Any Mac, or even iPhone, is obvious example. For the wearable, the logo is more hidden, but prominent in the name as you see it. The same will be true of the new music service, which should be differentiated from the old: Apple Music rather than Apple Tunes (yuck to the latter).

There are very good brand-building and brand-maintaining reasons that other companies put their names into their products. Google Music. Google Maps. Microsoft Office. Amazon Prime. But Apple has a tremendous asset that rivals like Google and Microsoft don’t. Their names are their logos. Microsoft gets by putting the Windows symbol on some devices, but its placement and prominence is nothing like the bitten fruit that identifies Apple and adorns its products. Hence, why the logo is what you see in the smartwatch name.

Incorporating the logo visually, and name audibly, is no-brainer brand marketing. Time is right, with the status quo to protect and to extend. But putting aside the quo for moment, status defines the Apple brand. Decades of marketing, product design, and pricing promote status—importance without the need for that “i”—by way of association. Consumers want to be identified by, or with, brands they believe raise their own importance or status.

Everything goes back to the logo, which is sensible identifier for Apple Music. We will see tomorrow if it is. If so, then look ahead to what that may mean for the lot of remaining “i” products. There must come a point where Apple has opportunity to transcend iPhone—to take the device into broader categories of capabilities. That would be time to rebrand as something that demarcates the “i” past with the Apple logo future.

Reinvent Thyself
I mean no insult, but such change is a way for Tim Cook to mark his territory, so to speak—to brand that which belongs to his legacy and separate from the esteemed Jobs. Apple Watch is a start. Apple Music could be continuation, followed by whatever displaces/extends beyond devices like iPad or iPhone. Think about that for a second: Pundits obsess about Apple creating the next big thing that creates or reinvents a broad tech category. But Apple’s bigger challenge is creating or reinventing markets where it is mindshare or marketshare leader.

Not for the first time. Apple laptops largely displaced desktops. iPhone displaced and really replaced iPod. iPad established a bridge between smartphones and computers. As I explained four years ago about the “brilliance of iPad”: “Apple’s platform is a continuum from the cheapest iPhone to the most expensive Mac. Price is also a continuum from the $49 iPhone 3G to the $2,499 17-inch MacBook Pro. There are no major gaps”. In 2015, the price and feature continuum ranges from $99 iPhone 5s to $3,999 Mac Pro.

Whatever iPad or iPhone become—and the most transcend into something—I expect new nomenclature with Apple logo. There are precedents. For example, how many different, but evolving, cloud services has the company offered? Three, this century? Another—something like Apple Cloud—wouldn’t be too forward.

As Apple reinvents itself, not just the industries around it, there is opportunity to mark the future—and the tenure of Tim Cook—with the recognizable, iconic logo and retire “i” to accomplishments past.