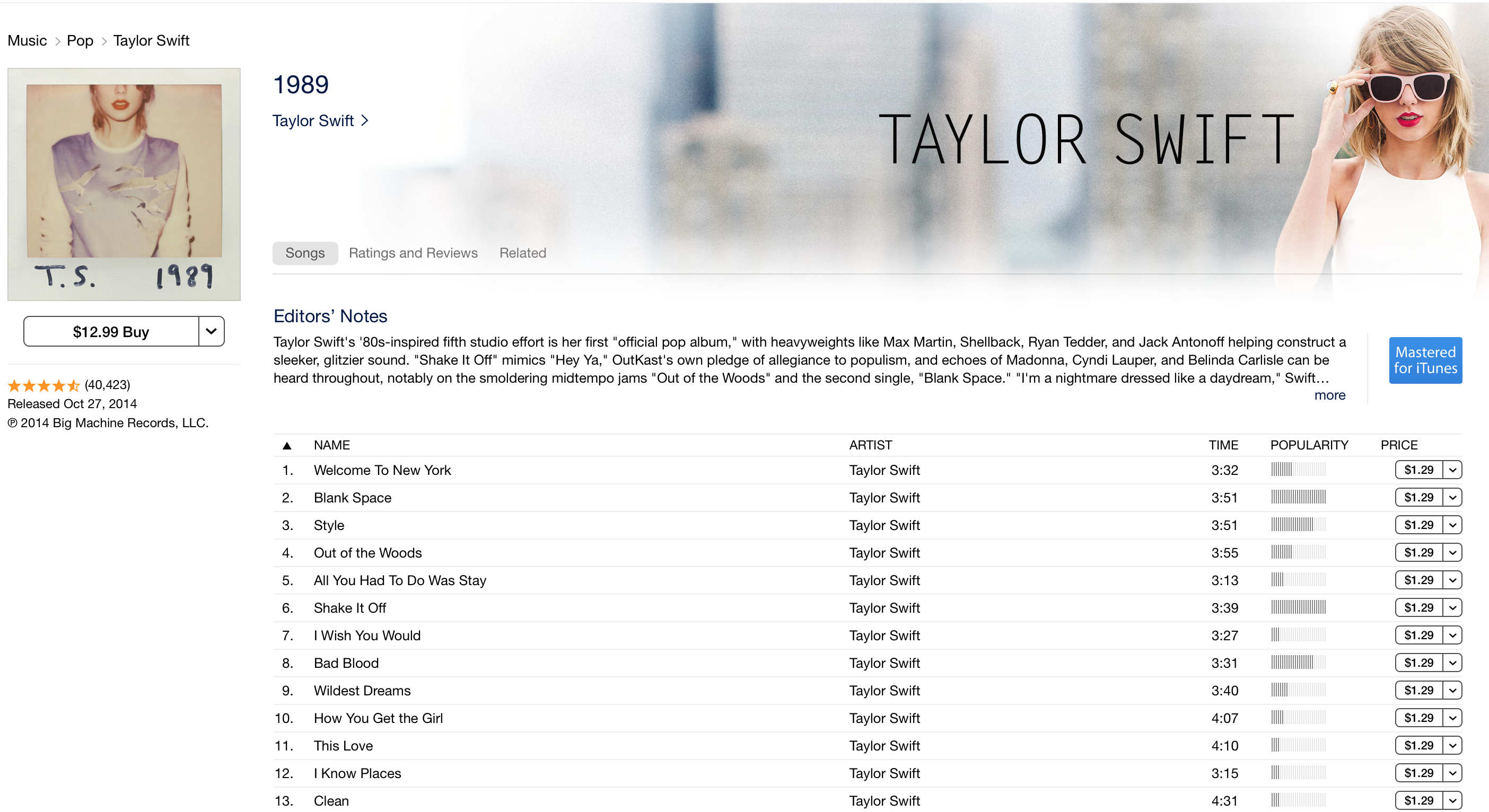 “This is not about me”, singer Taylor Swift writes in a Tumblr post that is viral news everywhere today. She explains why her newest album, “1989”, will not be available on Apple Music when the service starts on June 30.

“This is about the new artist or band that has just released their first single and will not be paid for its success. This is about the young songwriter who just got his or her first cut and thought that the royalties from that would get them out of debt. This is about the producer who works tirelessly to innovate and create, just like the innovators and creators at Apple are pioneering in their field—but will not get paid for a quarter of a year’s worth of plays on his or her songs”.

I say: Good for you, Taylor. As I expressed in a long commentary two days ago: “Apple’s reported decision to give away music for three months, without compensating artists, is cheapskates behavior”. The company reasons that if early subscribers don’t pay to stream, artists aren’t obliged to receive royalties for their music.

“Three months is a long time to go unpaid, and it is unfair to ask anyone to work for nothing”, the singer writes. “I say to Apple with all due respect, it’s not too late to change this policy and change the minds of those in the music industry who will be deeply and gravely affected by this. We don’t ask you for free iPhones. Please don’t ask us to provide you with our music for no compensation”.