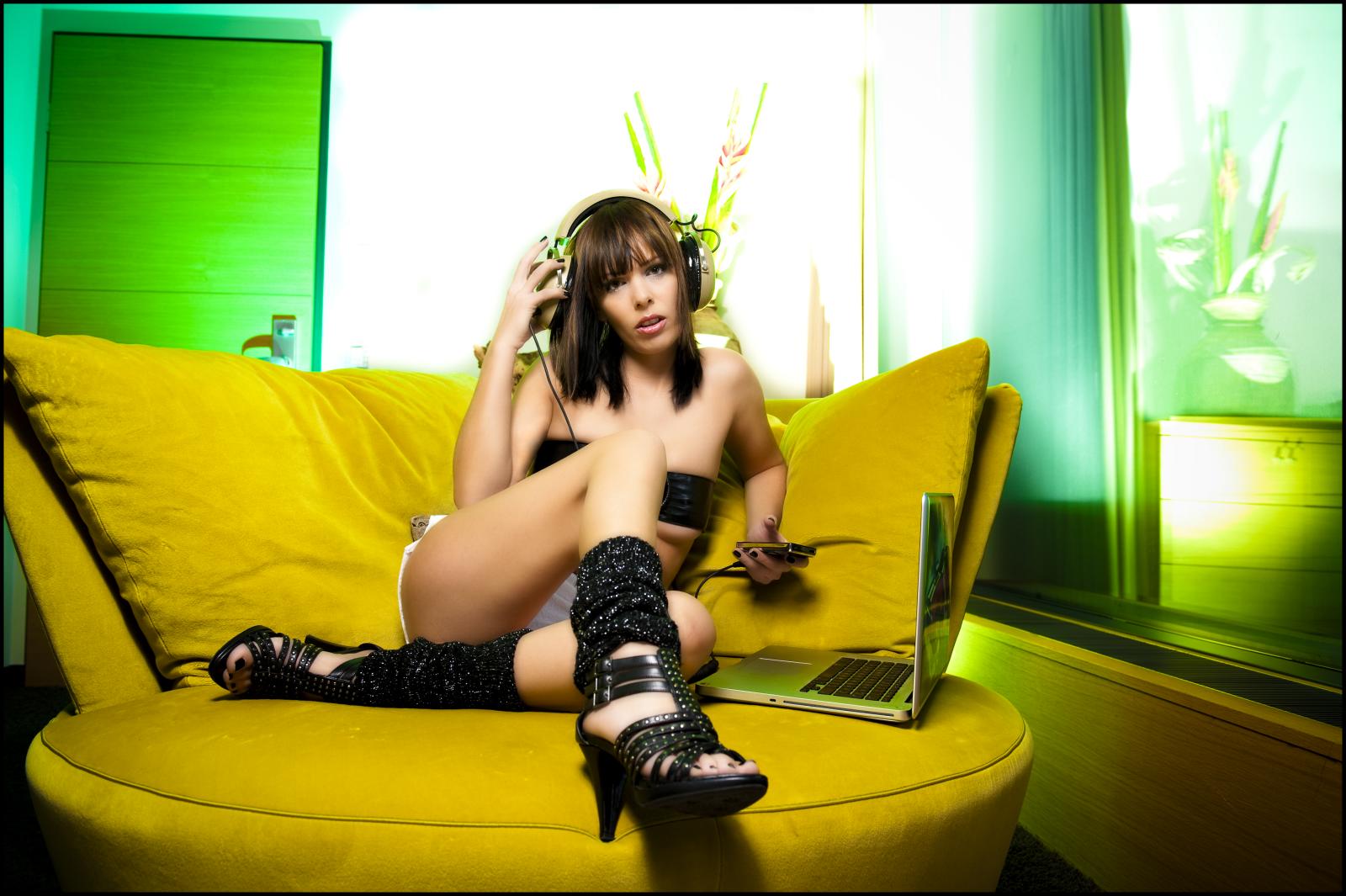 Are you feeling lucky? We come to our third Friday the 13th in 2015 (there is but one next year). The other two were in February and March on Days 44 and 72. Good photographers make their own luck, as Teymur Madjderey did the last time there was Friday 13th in November, 2009, while traveling in southern Germany (he lives in Cologne, which is his hometown).

“This was taken in a very nice hotel in Karlsruhe”, he says, “in  the Hotel Der Blaue Reiter. Gotta get back there at some point and discover the other great rooms they have”. Our runner-up better shows off the room. Teymur used the same model for both photos. He shot self-titled “Jacky” using Nikon D3 and 24-70mm f/2.8 lens. Vitals: f/5.6, ISO 400, 1/200 sec, 29mm.

Regarding the strobist: “One elichrome style rx 600 through a softbox from above tilted down towards the model, but its middle pointing towards the backrest. then also two Nikon SB-900; one gelled with a dark green and one gelled with a light green gel for the background; both fired via SU-4 mode”.

Teymur joined Flickr in February 2006. He specializes in model and travel photography, typically together, and you can see and read more at his professional website. Today’s selection is not the best representation of his art, which primarily takes the Day for when captured (his photostream is rich with so many other excellent choices).