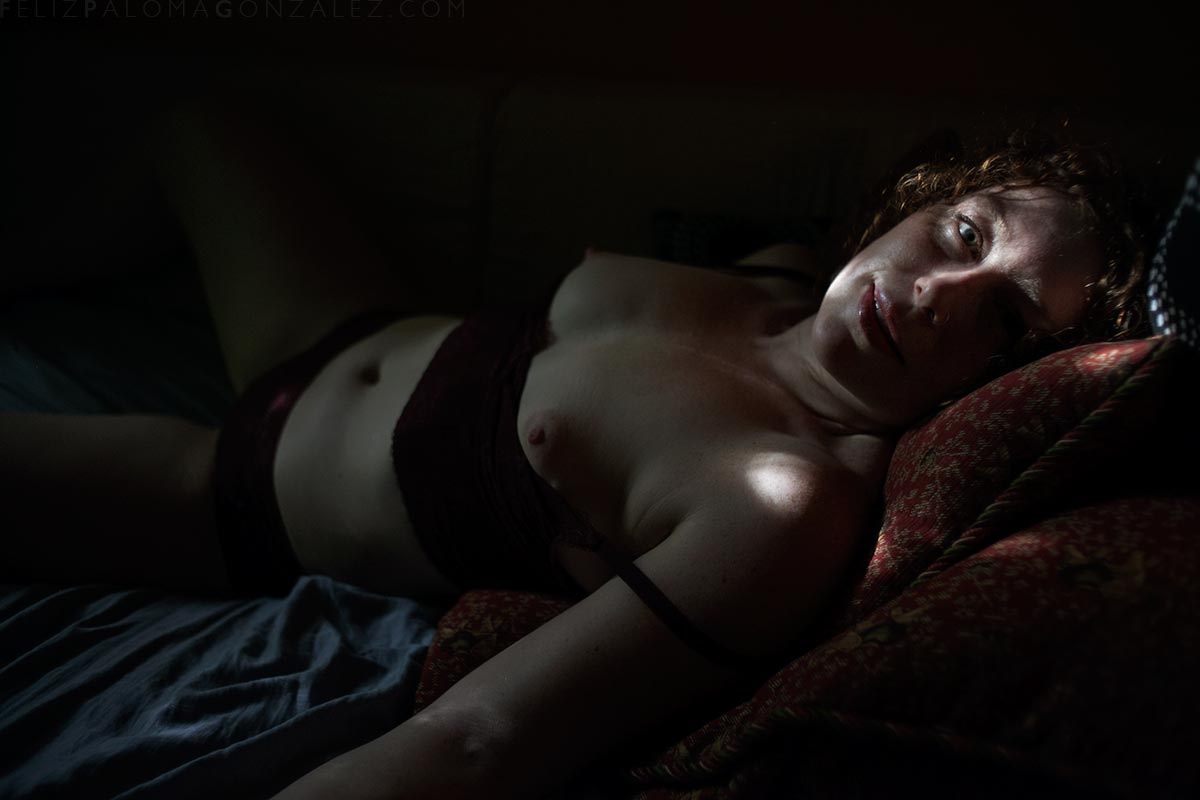 “Feliz Paloma Gonzalez is a pseudonym I use, because not everyone has an open mind”, he says. “I have had to accept that and make compromises accordingly. Feliz Paloma is the name I would have been given had I been female, so the story goes”.

Something else: He largely shoots film, which adds a throwback quality to his portraits. He shot self-titled “Jade, Asheville, 2015” using an unnamed camera. He explains about his gear:

I must say many of my favorite images are on film. I have a Canon Rebel 35mm, which I rarely use any more. I have used a few different medium format cameras, including a Yashica D, and a Hasselblad 500C/M. I also occasionally shoot in large format, and have a Linhof Technika 4×5 field camera. I get a lot of film secondhand, and so use a great variety. There is lots of expired film, sitting in refrigerators and freezers all over the place, waiting for me to get my grimy hands on it.

Feliz joined Flickr in February 2005, and he keeps a website that assuredly is not safe for work, school, or some homes.