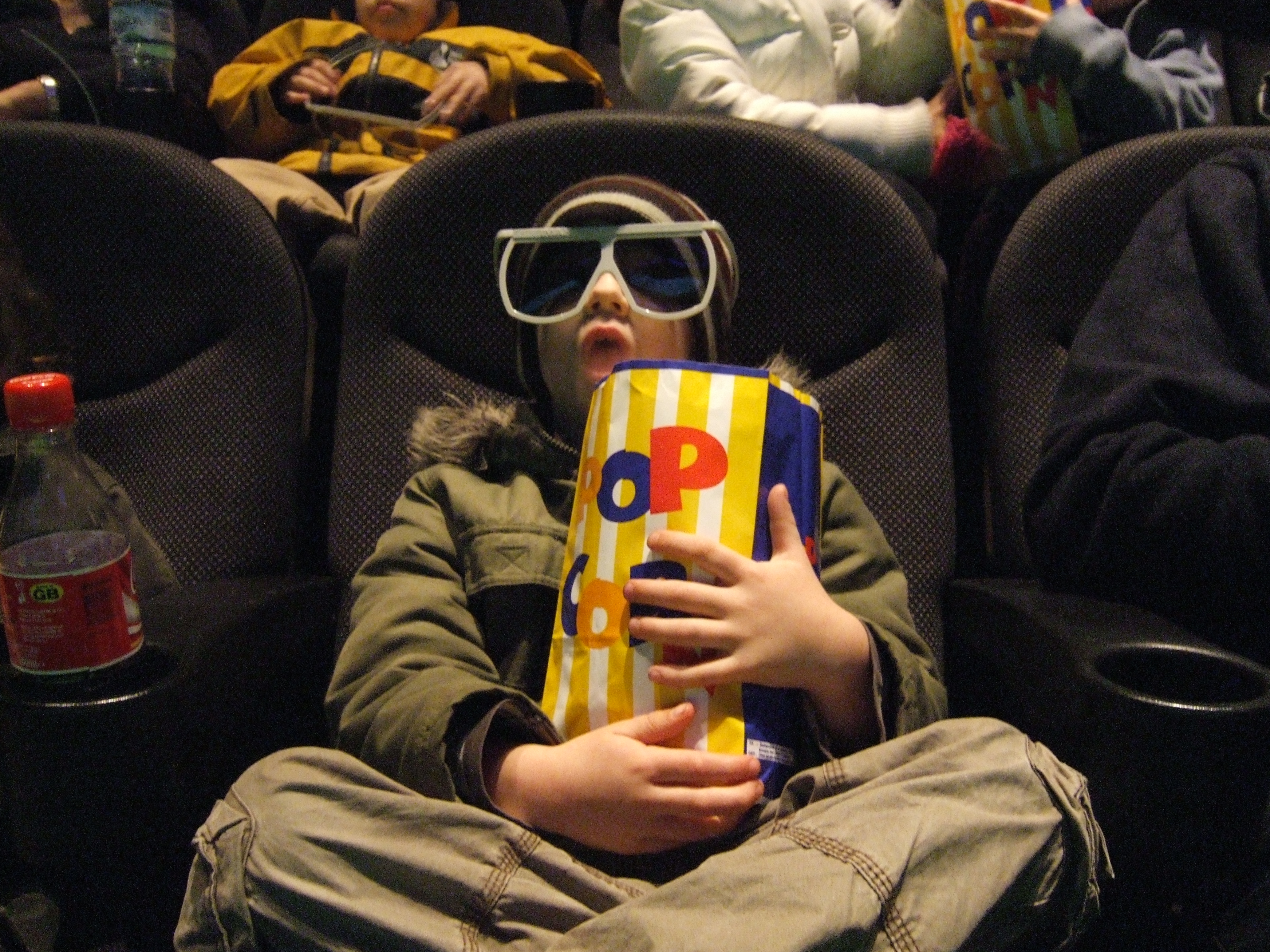 Go figure, I had planned to feature something more traditional for Christmas Eve but couldn’t resist self-titled “PopCorn Culture”, which J Mark Dodds captured eight years ago today using Fujifilm FinePix E900. Vitals: f/2.8, ISO 800, 1/4 sec, 7.2mm. The pic is a reminder about what matters — people, particularly those whom we are closely bounded, and major reason this series focuses (no pun, honestly!) more on them than the things.

“I’m a photographer with a lot of food and drink experience in restaurants, bars, clubs and pubs. The distractions of a life full of inescapable things gets in the way of taking and processing photographs—and I spend a lot of time with my boys who are becoming men”, he says.

The pic also reminds how much digital camera tech has changed in 10 years. The E900 released in 2005, 800 is the maximum ISO, and the cutely composed image is quite noisy as result. Smartphones, , like the Samsung Galaxy S6 Edge featured on Day 353, can capture better low-light renders than most any digital compact of yore.

Our shooter is another reminder about what matters in another way, on this night that so many hold with Holy regard. He has been homeless, after losing a pub he owned for 16 years in September 2011. He cofounded The People’s Pub Partnership, which  “proposition is to buy and invest in freehold pubs that have been run into the ground through decades of chronic neglect—hen to reinvigorate them to be attractive, vibrant, bustling community hubs that operate right at the heart of their communities. Each pub will meet all the expectations British people rightly have of our best traditional pubs but they will be comprehensively retrofitted so they run without using any fossil fuels”.

During times of hardship and hope, Mark kept shooting photos, even if uploading at slower pace. He says:

When I began taking pictures very few people took photography seriously. It was a thing which professionals did professionally and which amateurs used to record highdays and holidays without much consideration. Although I was rather unaware of this at the time, I realize now that I used photography as an aide-mémoire for the things I saw around me. A bit like an external hard drive really.

As I grew up taking pictures I began to like the notion that photography can be a sublime, almost nihilist, art form entirely accessible to anyone who can afford a snapshot camera. Ubiquitous. Casual. Throwaway. Valueless. Personal. Precious. Priceless. And at the same time it can be an incredibly powerful tool of communication on many different planes.