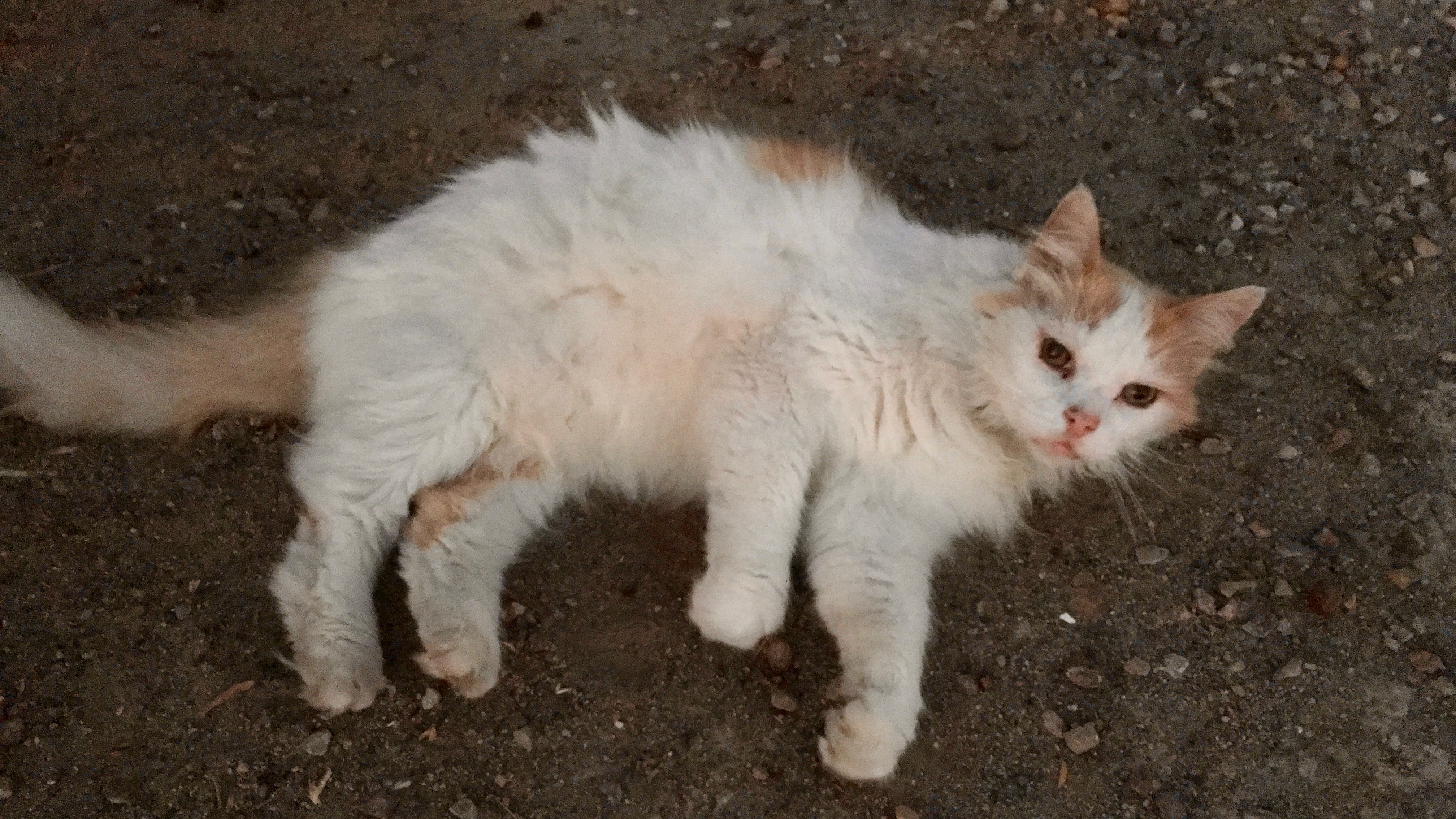 I begin a new series that ends when the photos are all used: The Cats of University Heights. The number of feline sightings in my San Diego neighborhood is quite surprising, and I shoot them when possible (usually with smartphone). Let’s share some.

First up: A presumed stray I will call Scruffy. I spotted her where North and Adams Avenues meet on Aug. 13, 2016, a Saturday, around 8 p.m. PDT. Sunset was twenty-five minutes earlier, so it was already late-dusk when `ol Scruff and I met. She lay down asking for attention, but accepting none, before moseying along. But not before I got off two quickies using iPhone 6s Plus. Featured Image vitals: f/2.2, ISO 400, -0.2 ev, 1/4 sec, 4.15mm. The pic is auto-adjusted using Apple Photos.

I have returned many times to the location hoping to see Scruffy again, usually around dusk. I hope she found her way home, if she has one.