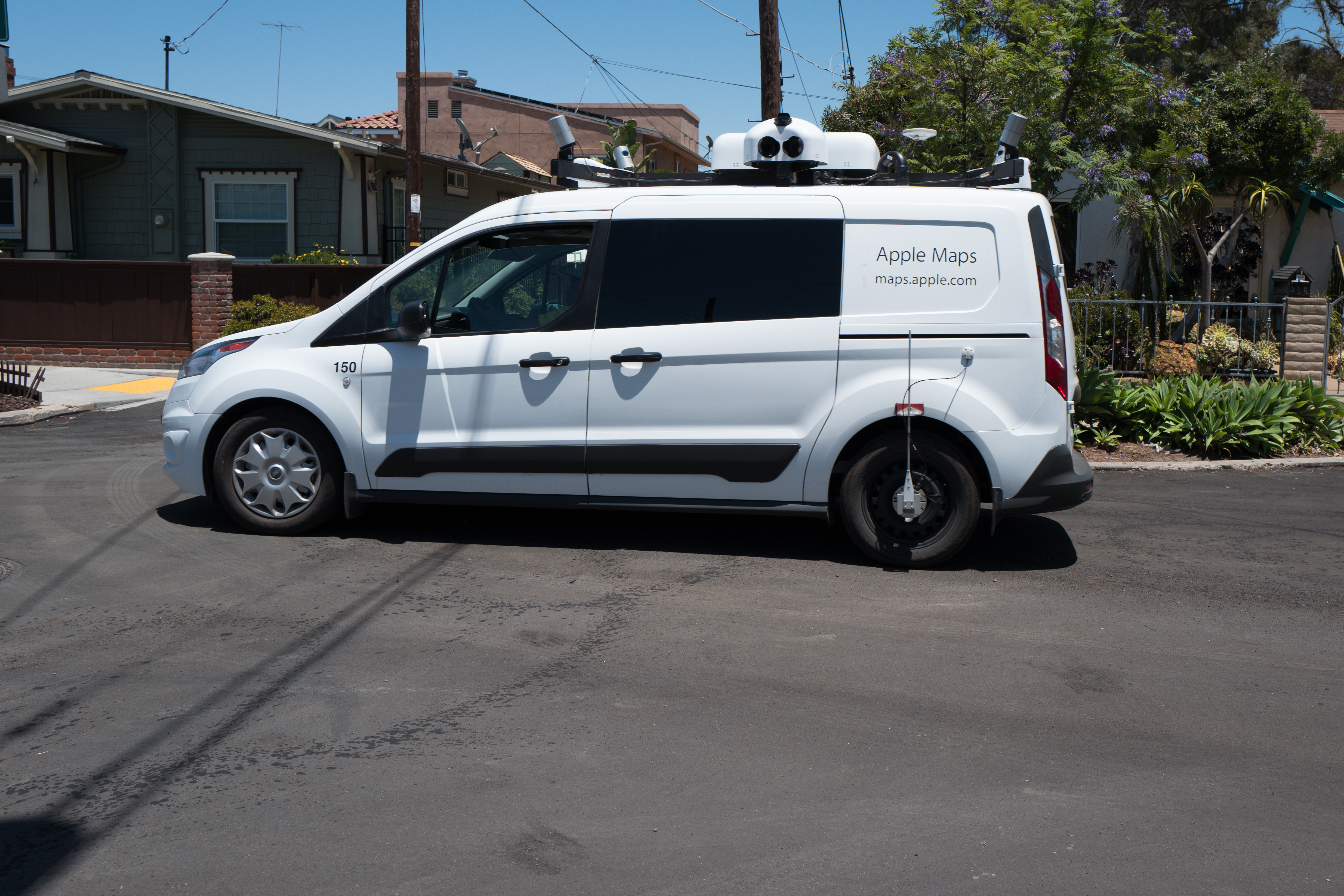 The photo’s composition isn’t great, but I was rushed to capture anything at all. I spotted this Apple Maps vehicle on the loose today. The poke-it-to-the-fruit-logo-company opportunities are so many, I barely can get any out. For starters, the vehicle clearly was lost, turning down a street that dead ends at a pedestrian bridge. If you’ve ever been misdirected using Apple Maps, imagine the dude driving around with the camera car in similar state. Maybe he’s the blame for your SUV plowing into that lake last month.

Of course, I would see this thing on the day when news orgs everywhere are reporting that Apple CEO Tim Cook confirms the company is working on a self-driving car. Yeah, well not this vehicle. Zoom in on the Featured Image and see the bewildered guy in cap who just barely executed a three-point turn without taking out a swath of local walkers (my wife and I among them) and in process making news headlines across the globe. Lucky for him, the LGBT protests against President Trump were a day earlier. Blinded by bright rainbows, he could have plowed into anything, or anyone!

Google Maps driverless cars are an American fixture, while Apple lags behind in another technology category, as it alway does. The van had a driver. How artificially unintelligent is that? Unless, he was a robot (would be rude to say android). That’s even worse, if the Apple Maps driverless car AI driving-bot can’t tell a street from a footbridge.

By the way, I won’t say exactly where the Apple Maps truck was lost; Cook’s company is so public image crazed, the poor schmuck—assuming he’s flesh and blood—could get fired. That’s not gonna be because of me.

Speaking of me, I’m suddenly vain enough to start using Apple Maps. There’s a good chance that sometime soon, I will look at the street view composite and find my wife and I staring stupidly at the white truck—not that you would really know. Some Apple contractor is sure to have blotted out our faces to protect our privacy but really to keep the cash horde safe from legal pursuit by people suing because Apple didn’t obtain signed releases to use their likenesses.