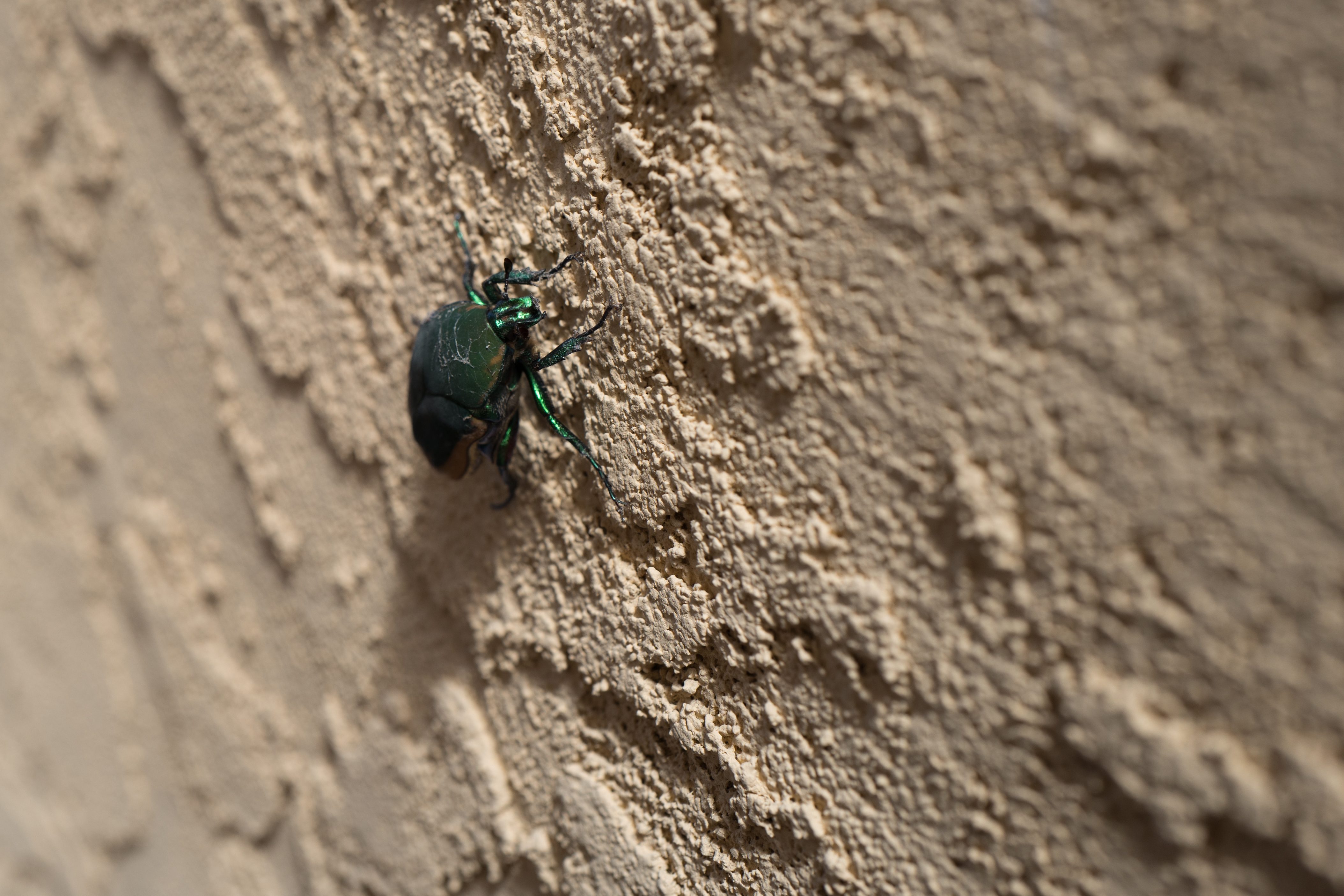 The killer feature(s) of my beloved Leica Q: Manual focus and Macro mode, both of which are controlled by rings around the barrel of the lens. They’re best when used together, as the Featured Image demonstrates. That’s a Japanese Beetle, right? Living nearly 10 years in San Diego, I sadly admit that this bugger was my first sighting. How pathetic is that?

In a rush to capture the moment before the insect bugged off, I forgot to change the aperture, which had been preset to f/5.6 for street shooting. Nevertheless, the depth of field is satisfyingly narrow—something the wall’s texture, eh, magnifies. I did remember to adjust the shutter speed, since the six-legger had been moving about: 1/250 sec. Camera chose ISO 100.