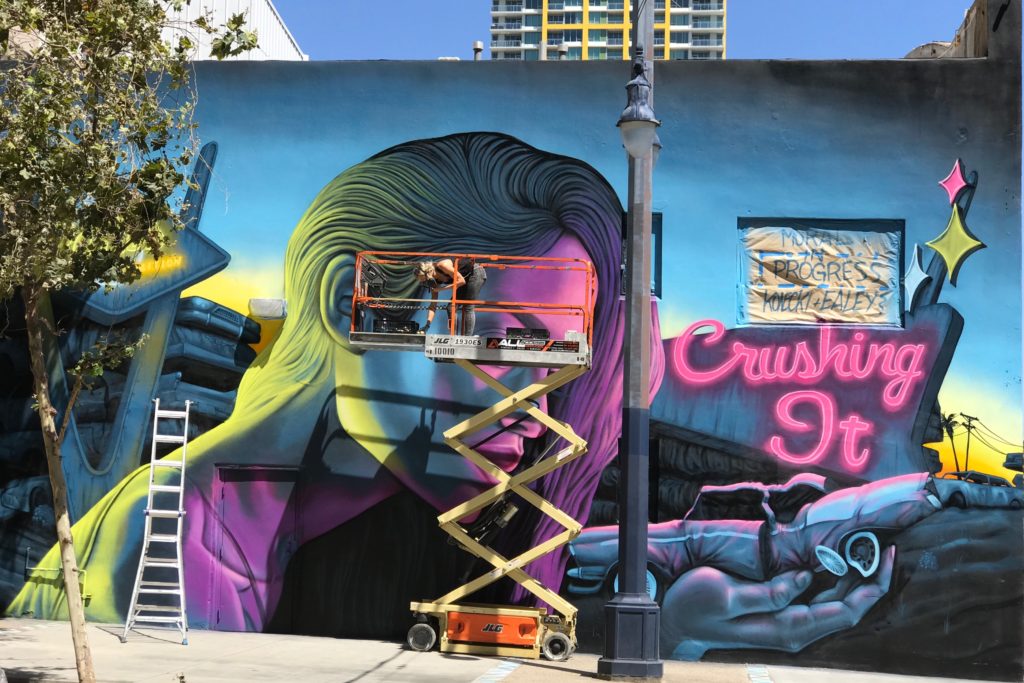 Walking along Imperial Ave. past the Trolley station and up lower Park Blvd., I navigated a maze of erected tents, shopping carts filled with personal affects, and people sitting alone or conversing quietly with others. Seeing skin darkened by the imperious San Diego sun, I thought of the opening stanza to Townes Van Zandt classic folk song, “Pancho and Lefty”:

Living on the road my friend,
Was gonna keep you free and clean
And now you wear your skin like iron,
And your breath as hard as kerosene

These people know hard living that I can’t imagine. If not for the baggage carried from the trip up North, and pressing need to get home, I would have stopped to chat with some of the folks. Momma would have done so. She died two weeks ago today. That assumes my presence would be tolerated, or even accepted. Nor should I expect that it would be. I am a cultural and economic outsider, by any observation. 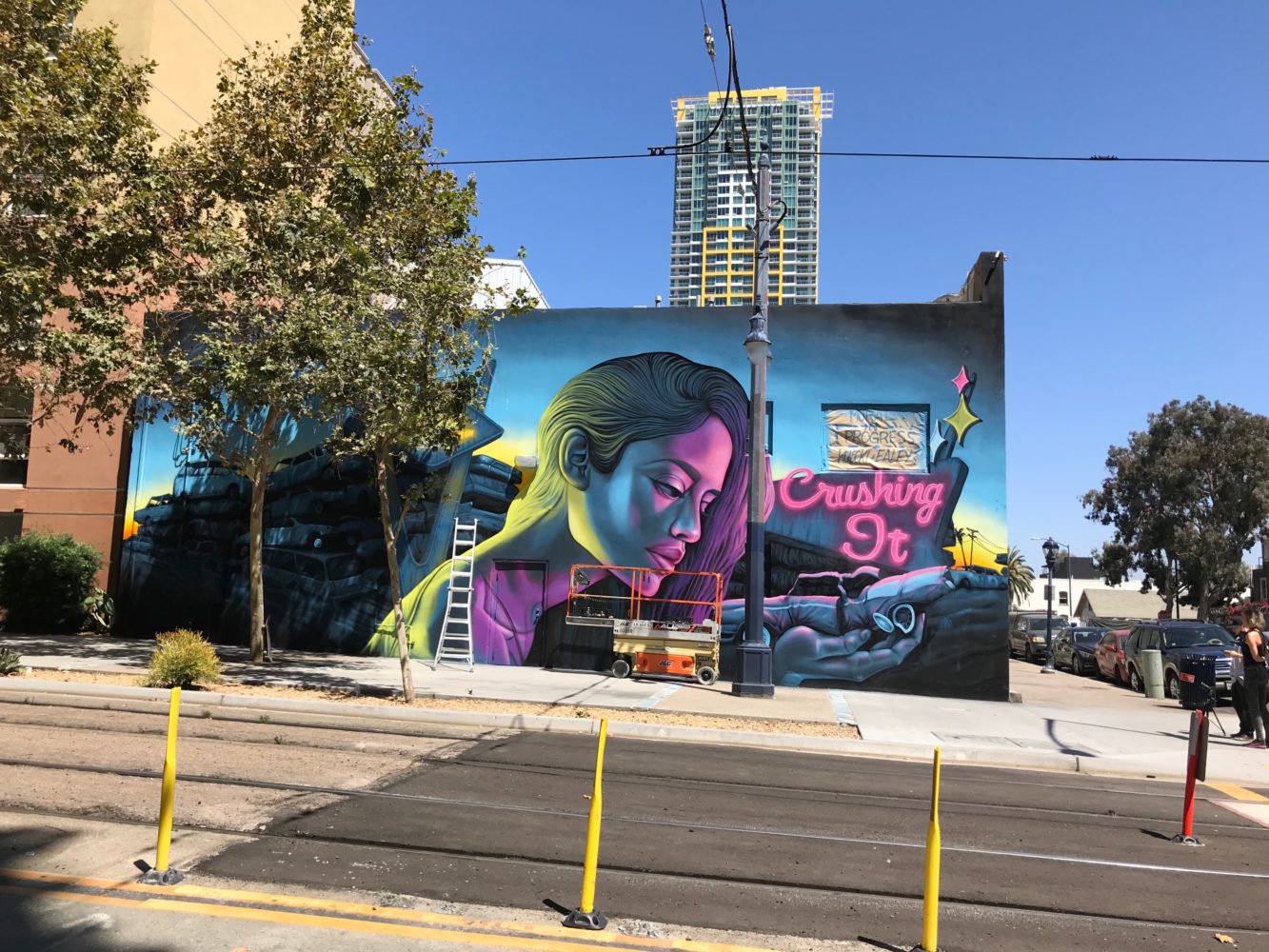 Further along Park Blvd., a woman with attractive shoulders that reminded me of my wife’s, caught my eye. At the corner of J Street, she talked to a man, and they both motioned to a mural filling an entire building’s side facing Park. I initially walked past, then turned around to snap a couple of quickies with iPhone 7 Plus. Lucky timing. The woman mounted the lift to return painting. She is an artist, like Annie is. Hence, maybe, the resemblance I perceived from across the way.

This post is illustrated with the mural, because I didn’t capture photos of the homeless. Doing so seems rude, invasive, to me. These people aren’t San Diego tourist attractions, nor animals in the zoo. I would want to ask permission and show them respect when street shooting—something I could not feel comfortable about while carrying my pretty backpack and Cotton On tote and managing iPhone 7 Plus with one hand.