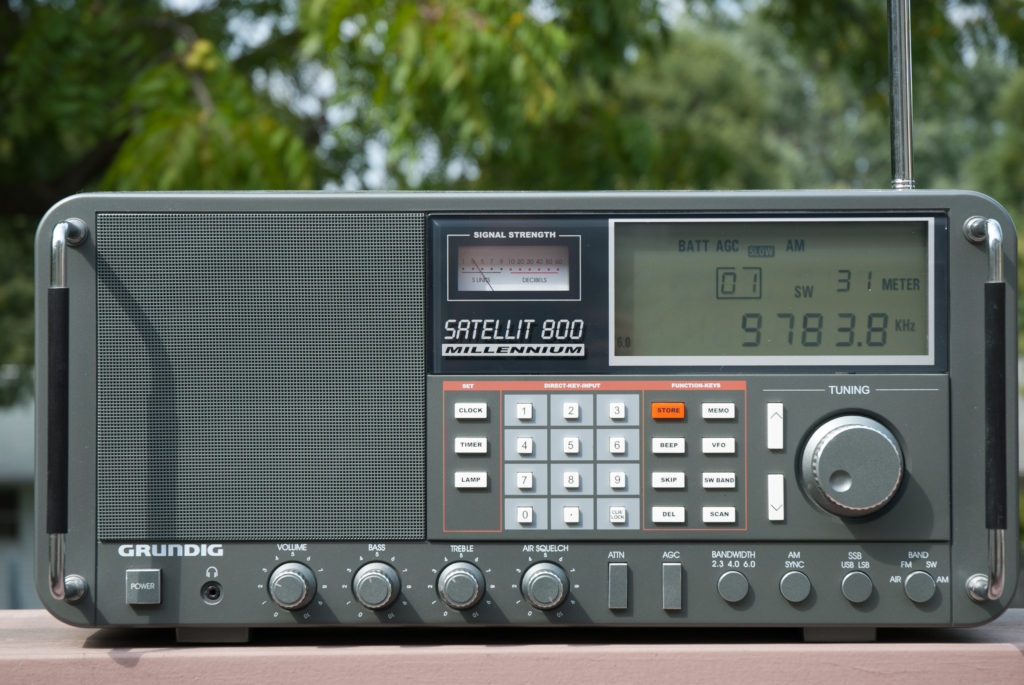 Before the Internet, I listened to shortwave broadcasts for news and cultural information. There was something thrilling about catching radio programs from Australia, Austria, Canada, Cuba, Ecuador, Germany, Russia, or United Kingdom, among many other countries—hearing local perspectives about all things current or past.

Among the big broadcasters, whose programs I could regularly listen to, BBC and Radio Canada International were favorites. I also found Radio Cuba and HCJB to be engaging, and they were easily received from any of our Washington, DC suburban residences, including the last one of nearly a decade.

I started DXing as a kid, back home in Northern Maine, using a standard AM receiver but not knowing there was even a name for the activity. Skip reception, officially called skywave propagation, delivered broadcasts as far away as Boston (WRKO, when the format was music not talk) or Buffalo (WKBW). Distance away: 651 km (405 miles) and 1,268 km (788 miles), respectively.

What is it about past things that have nostalgic appeal to youth? My Millennial-age daughter delights in vintage clothing and purses. Look around at how designs from the 1970s are in vogue. As a late-teen living in that decade, I pursued rebroadcasts of old radio dramas like “The Shadow“, which was a novelty rarely found during over-the-air network television’s glory days. Orson Welles played the main character during the late-1930s.

Forty years separated my nostalgic pursuit and its origins, like the four decades for the vintage styles that appeal to the under-30 crowd today. Surely the time-distance can’t be coincidental? Vogue is cyclical.

My love of radio continued. At age 17, I traveled with a friend to Boston for administration of the Third Class license test at the local Federal Communications Commission office. I flunked, necessitating a second trip. The FCC more stringently regulated the airwaves back then, and even spinning records as a radio station deejay required a license.

Off-topic, but timely, Tom Petty and the Heartbreakers’ self-titled debut album was among the new releases in rotation on my college radio show (during the coveted Saturday evening time slot). In late-1977, I discovered songs “American Girl” and “Breakdown” long before they were classics. Sigh. Petty died last week, at age 66, as the result of cardiac arrest.

Back on track, my shortwave radio passion started much later—circa 1990, and I still occasionally listen today. But few broadcasts remain. The Internet is an affordable distribution mechanism for high-quality audio that can be listened to anytime, anywhere, and on most any device. Likewise, the Web replaced the role shortwave broadcasts played for connecting me to the larger world. Listening started to decline after I bought my first PC in January 1994.

Convenience and listenability aren’t the only reasons for the Net displacing the shortwaves. Content can be packaged to include text, video, and augmented or interactive elements, which deliver superior educational and cultural information—hehe, and propaganda, which today gets label “fake news”. But it’s all really the same thing—and another example of something old becoming vogue again. Say, if fake news is propaganda, why not call it such? Eh? 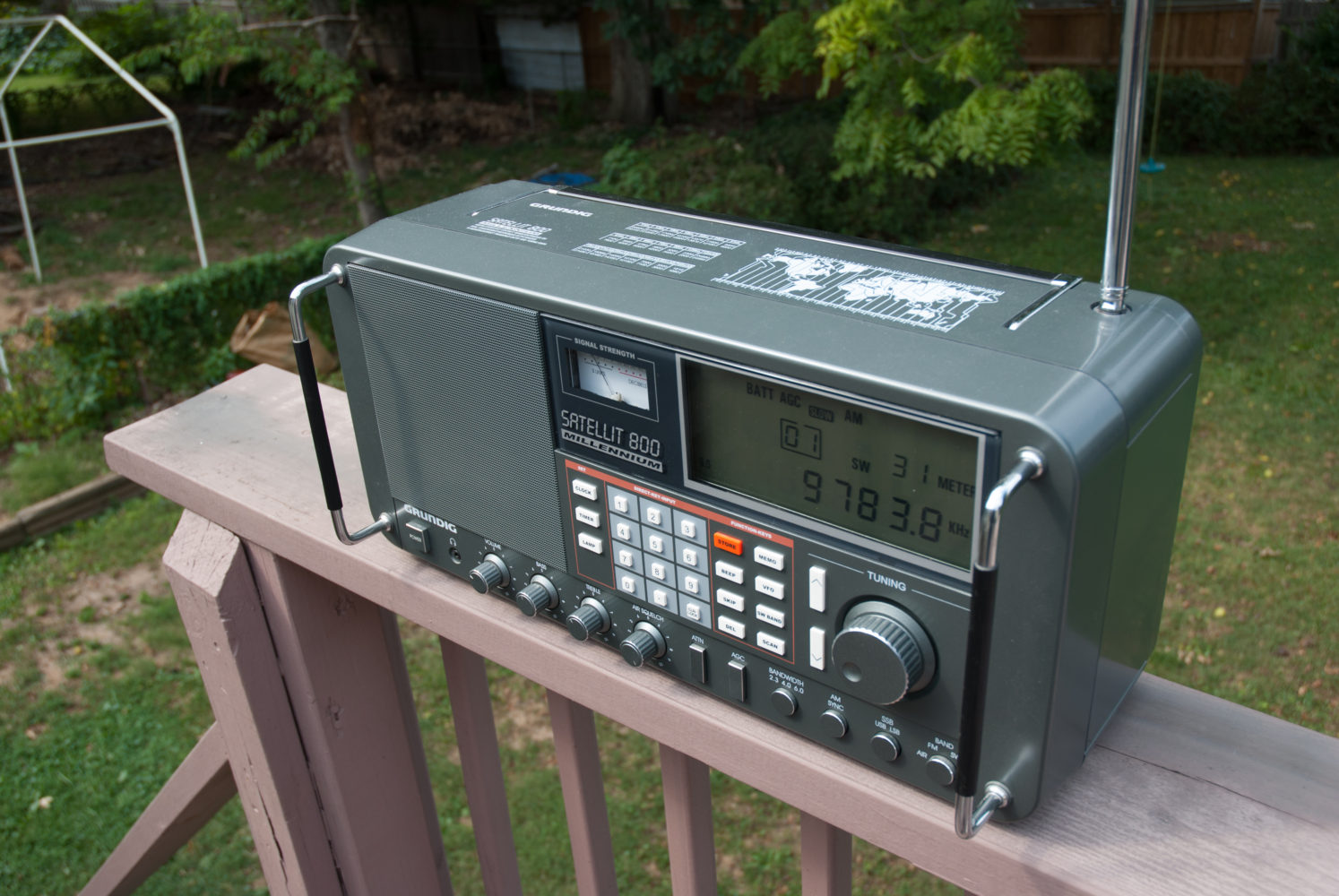 Stated differently: What does Facebook share in common with shortwave radio programs? Propaganda. The Radio Moscow or white supremacist SW broadcasts that I occasionally listened to decades ago aren’t that different in character from alleged Russian interference in the U.S. presidential election or so-called fake news from the alt-right. What goes around comes back around.

Continuing that thought along another tangent, one could reasonably argue that podcasts revive the radio serial, like “The Shadow”, of yore. What are podcasts but the radio programs of the Internet, which acts as a global station for self-broadcasting. Listening is easy, but, strangely, I miss the thrill of digging through static for informational and entertainment gems.

For this missive, past and present intersect in another fashion. I sold my last great worldband receiver, the Grunding Satellit 800 Millennium Edition, a decade ago last month. I am thinking about the radio because in seven days, the Wilcox family will celebrate its tenth anniversary arriving in San Diego. During this time in 2007, we frantically sold off or gave away things that wouldn’t go with us; we stuffed the remaining artifacts into 37 boxes to be shipped across country.

I shot the Featured Image on Sept. 9, 2007 at 3:07 p.m. EDT, and its companion about a minute later, using Nikon D200. Vitals: f/5.6, ISO 100, 1/125 sec, 50mm. The image accompanied the Satellite 800’s Craigslist “for sale” posting. If I rightly recall, a broadcaster from Voice of America bought the receiver. The overly-large Satellit 800 was one of the cast-asides—too bulky and costly to ship. Sometimes I regret parting with the last great Grundig, my best shortwave-listening receiver ever. If we had not relocated, I likely would still own the radio today.

I chose the other photo because our old backyard is visible from the deck. Lined up with the antenna, in the background, is our daughter’s hanging swing. While that deliberately out-of-the-plane-of-focus view won’t mean much to you, it’s nostalgic for me—particularly as I reflect back on the torrent of activities, and doubts about moving, that we lived through 10 years ago this week.