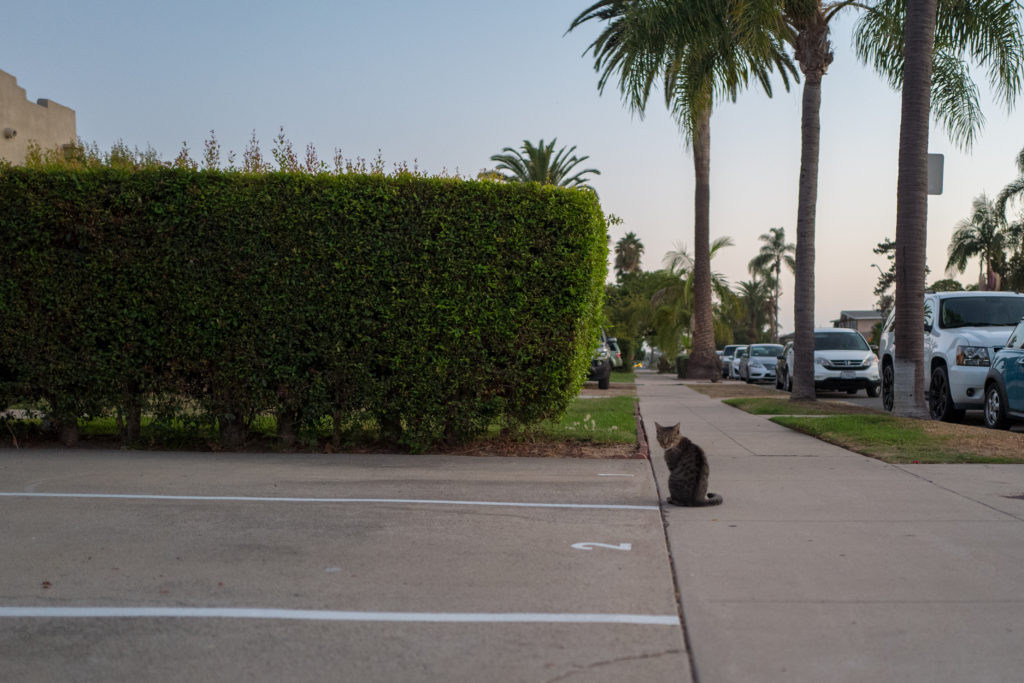 The day after we rented our apartment on the East side of Park Blvd., I encountered a friendly feline sitting in what would eventually be our parking space. There was something warmly foreshadowing about his presence, soon after emerging from under the gate leading inside the complex’s courtyard. I wrongly assumed he lived here. But Monkey’s home was the second house away.

After we moved in, I often looked out my office window across the street and saw Monkey slowly strutting along the sidewalk. He also frequently walked by our door through the courtyard in search of an extra meal and some more companionship from one (or more) of the other 17 apartments. I reserved my Monkey-time for the parking lot where we first met, because his presence outside our door would so charge-up Cali—one of our two kitties (Neko is the other).

This block belonged to him, and his self-scheduled stops made me happy to see. I felt a special kindredness with this furry fellow who welcomed me to our new home, long before the family took up residence. He moved slowly, deliberately. But not always. Mid-last month, he surprised by jumping and sprinting like a young cat when nearly walking over an overly-large lizard lying before the complex gate. Cali crazily climbed a window trying to get out and catch the thing. 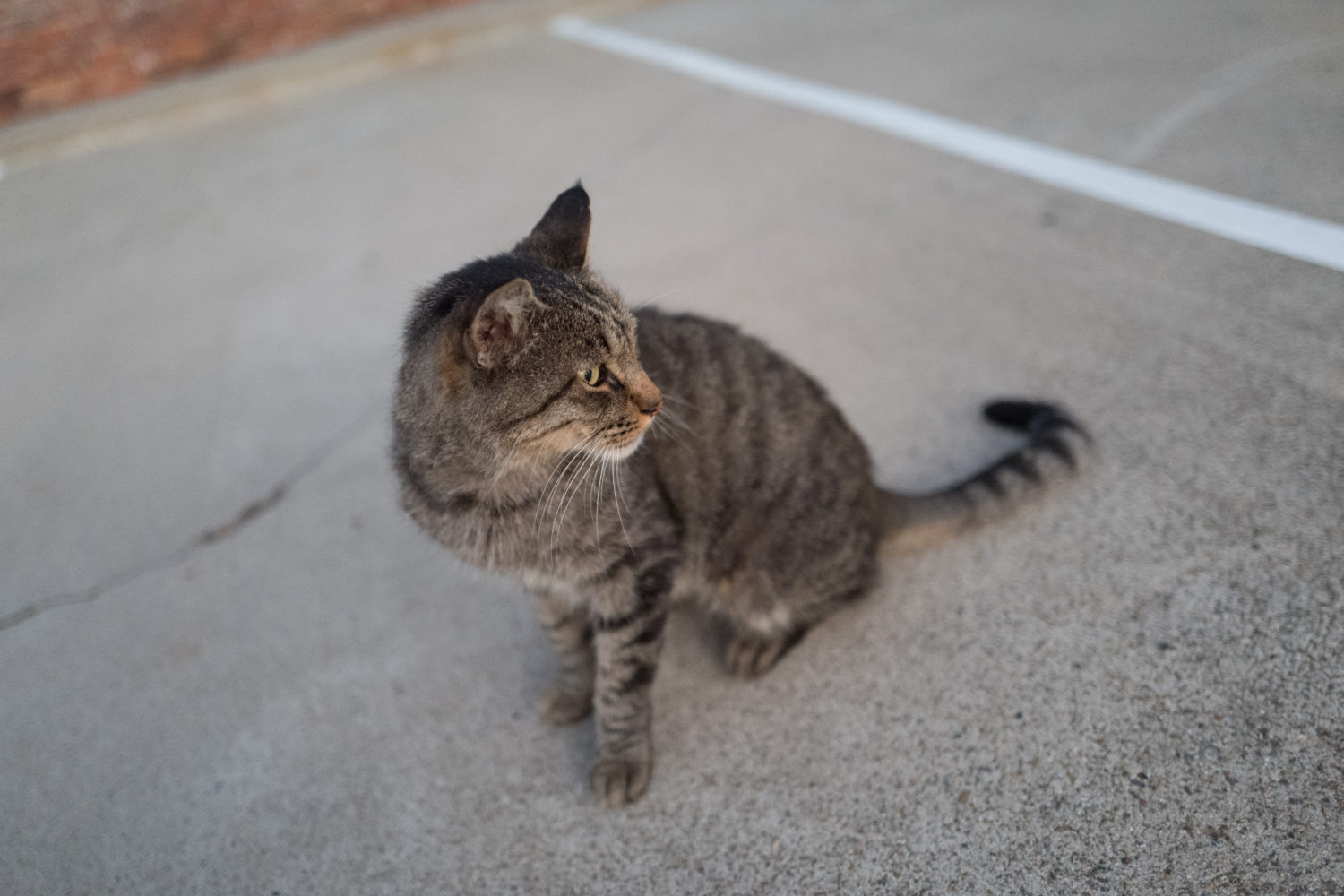 A week ago, I watched Monkey crossing the street, and something about his slow stride and suddenly slim profile bothered me. I worried to my wife that the proud 13 year-old might be on his last legs, so to speak. Alas, I never saw him again; each day (and night), I have watched for him, frequently asking no one, aloud: “Where’s Monkey?”

Late this afternoon, finally, I spoke with Monkey’s owner, wanting the question answered. Sadness in her expression told the story before she began the tale. The night of the same day that I worried to my wife about him, he returned home; his long-time caretaker could see that the strident street roamer was distressed. She took the kitty inside the house, where he ate tuna.

You must understand that the tabby stopped staying indoors when her son turned one-and-a-half some two years ago. Monkey decided to be an all-outdoor cat, although he would go to the porch for food (and some shelter). That evening, of Feb. 23, 2018, in a rare inside stay, he received comfort before being taken to the vet the next day. 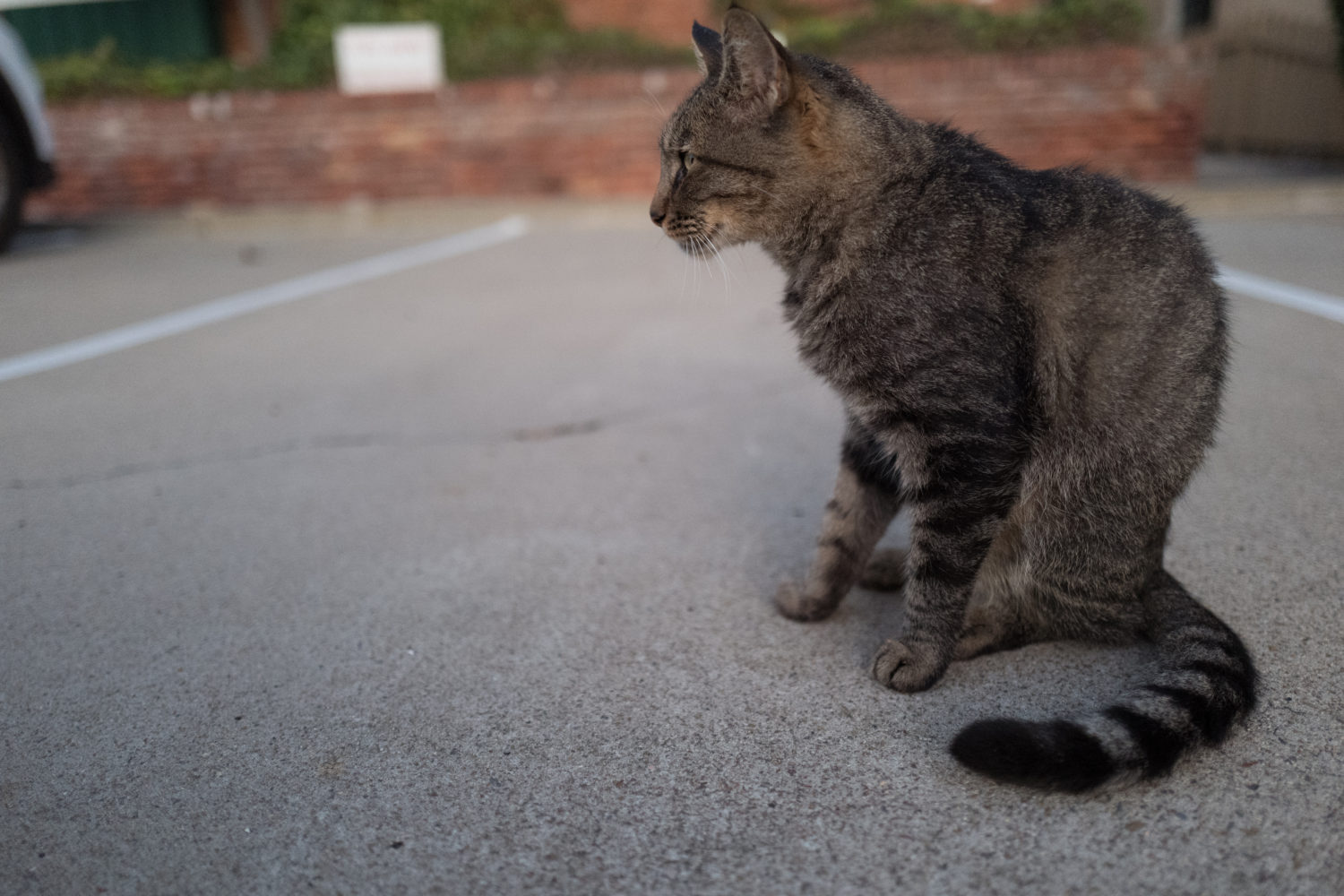 The old man of the neighborhood, as I called Monkey, had a large tumor in his abdomen pushing up against the lungs and laboring breathing—determined the vet, who praised the cat’s strength of will. The prognosis was final: Monkey’s days of roaming the streets were over. “He purred to the end”, his owner says of her “oldest friend in San Diego”. He would have been 14 years old this month.

We have lived in this apartment approaching five months. Monkey delighted all of us in the Wilcox household—me most of all. I look out my office window, wishing for the day in late November, when he perched on our car, or on others when he meandered across the street. Goodbye, Monkey. You will be missed.