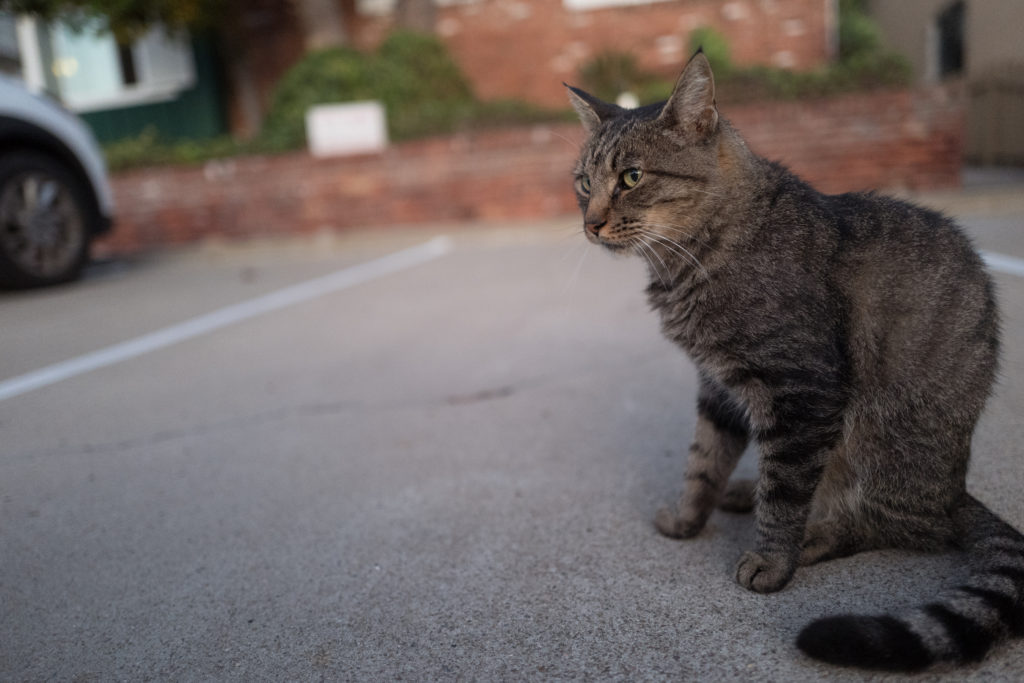 Alabama, along a two-block stretch, delivers yet another friendly feline. These sightings surprise because the street, like a few others in the neighborhood, has no utility poles, which absence conceptually diminishes the presence of birds perching on the wires. If there is so little prey, why are there so many predators? Even well-fed cats hunt and kill. It’s their nature. Stranger still, instead, there are birds in absolute abundance and more squirrels than is typical among surrounding streets. Turning things around: If felines pose such risk to birds, why are there so many of both.

Let’s be clear about that. On no other street to either side of Park Blvd. have I seen more furballs than Alabama. Among the recent sightings: Goldie, Itchy Valentino (yes, real name), Anthony, and Smokey. In the alley behind: Spry. Several others will join the series when I get better portraits of them.

Leica Q proved its street photography chops once more in capturing candids of the roamer I initially nicknamed Tiger, in recognition of his magnificent tail, but his real name is Monkey. The Featured Image is composed as shot, so warning: It’s a big file. The full-frame sensor shooter is a low-light champ. I shot both photos last night at 6:40 p.m. PDT. Sunset was 18 minutes earlier, and deep dusk already approached night. 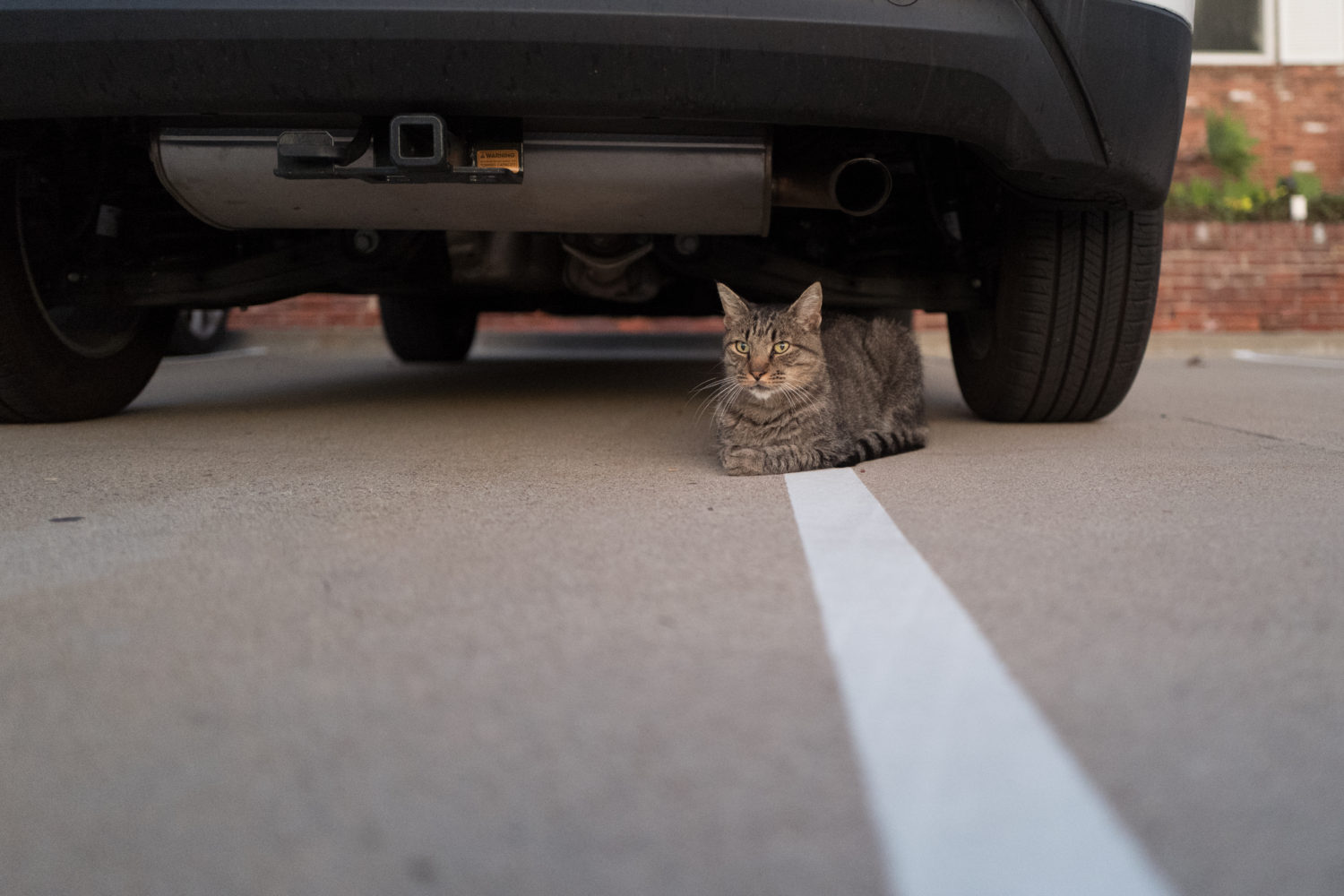 I preset wide aperture and faster shutter speed, letting the camera choose ISO, so as to nab a portrait with brash bokeh but no motion blur. Vitals: f/1.7, 1/125 sec, ISO 2500, 28mm. The companion, which is close-cropped for composition, is same but ISO 3200.

Try shooting with natural lighting in approaching darkness with your iPhone, kiddies, and expect to be disappointed. Real street photography demands a real camera.

Monkey was very friendly, BTW. As I walked from Meade towards Mission, he emerged meowing from under the locked gate of an apartment complex where my wife and I had been the day before. What a coincidence! But the on-site property manager says the kitty lives a few doors down the way. Monkey visits to watch birds in the center courtyard.

Update Jan. 1, 2018: I met Monkey’s owner. He is 13 years old, and she got him when he was two. When her son was about 18 months (he’s three-and-a-half now) and could grab at Monkey, the kitty stopped coming inside the house. The porch is still home, though, and she acknowledged what I had observed: He saunters about like he owns the block.

Update March 2, 2018: The beloved tiger, whom I will greatly miss, has passed away. Please see “Goodbye, Monkey“.